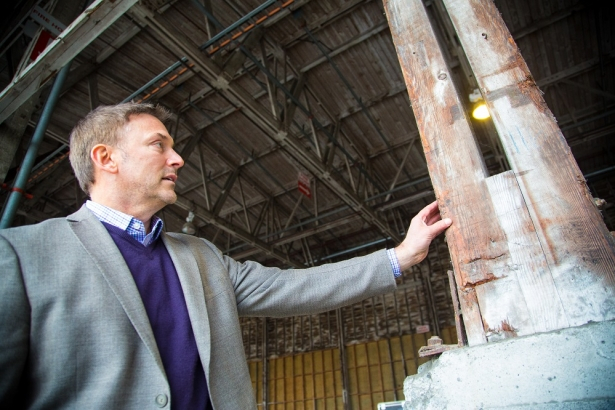 First in a three-month series.

It’s becoming a battle of corporate interests, big money, green ideals, and a political body charged with creating one of the world’s most livable regions.

Within the year, the Metro Vancouver political board has to balance its regional sustainability mandate with a controversial plan to build a $480-million-dollar waste-to-energy incinerator that would burn a growing heap of future garbage.

The decision is already polarizing municipalities, environmentalists, and the business community.

Battle lines are being drawn, lobbyists are being hired, and a 2014 showdown is expected that could have huge implications for the future.

"There are so many lobbyists on this file. Everyone has a lobbyist,” says Belkorp Environmental Services corporate development VP Russ Black. His company manages BC’s largest landfill in Cache Creek, four garbage transfer stations in metro Vancouver, and 29 recycling depots for the Thompson Nicola Regional District region.

“There are huge dollars involved, so when you have big decisions such as this, you have to expect that various parties have their own points of view and they want to share those points of view,” says Richmond mayor and Metro Vancouver Zero Waste Committee chair Malcolm Brodie, who Black identified as another active lobbyist on the issue.

Black is battling to recover Vancouver's garbage and turn it into something new. He doesn't want to see a giant incinerator stoked by what might be recycled into usable goods.

The existing incinerator in Burnaby, run by Covanta, one of the world’s largest waste-to-energy operators. Photo via Mile105 on Flickr.

With the region's population expected to increase by almost a million people by 2036, Black sees much more than waste in the Lower Mainland’s piles of discarded rubbish, if it’s not first burned in a new Metro Vancouver incinerator.

“Their solid waste plan only allows them a mandate for disposing of the waste,” says Black. “So, upstream, we're saying, 'Let the private sector get more recyclables out of the waste stream.' It’s at no cost to the taxpayer. It’s private capital at risk. We can save the taxpayers a lot of money and we won’t need an increase in tipping fees (fees levied for receiving garbage at a waste processing facility), which will nearly double to pay for the incinerator."

Belkorp wants to tear down a defunct newsprint de-inking and recycling facility in Coquitlam one board at a time, sell off the ancient lumber and in its place build a $30 million material recovery facility (MRF) to pull reusable paper, plastics and metal from thousands of tonnes of garbage destined for a landfill or incinerator. The project would employ up to 80 people.

“If these facilities (MRFs) work, you save the taxpayer $500 million, "says Black. "If they don’t work, then you can build an incinerator with a good conscience.”

After 14 years of working in the utility planning departments of Metro Vancouver, the regional utility management board formerly known as the Greater Vancouver Regional District, Black is using his Metro Van insider expertise to steer Belkorp towards new frontiers. He's seeing that cities in the U.S. are moving steadily toward recycling facilities.

“In cities like San Francisco, San Jose, Los Angeles, we’re seeing people who don’t want to stick it in the air, they want to recycle it,” says Black. “The conservation of energy is almost five-fold if you were to recycle paper or plastic, rather than burning it.”

Black’s commitment to the environment is evident in his choice of ride to the Coquitlam site from his downtown Vancouver office. Instead of signalling for a company vehicle, he hops in a red Modo co-op car for the 45-minute ride to the suburbs.

“I live in Vancouver so I cycle to work every day. I don’t need a car and cycling is good from a health perspective,” Black says as he explains his proposed Coquitlam MRF.

The MRF (pronounced "murf") is a combination of modern robotic technology and common sense: machines and human workers pick through soiled paper, plastics, and metals from Metro Vancouver’s garbage waste-stream and recover valuable materials that normally would be buried in a landfill or burned in an incinerator. In the metro Vancouver region, more than 30 per cent of waste is considered non-recyclable, and is either trucked to the Cache Creek landfill, the Vancouver landfill in Delta or burned in the existing Burnaby waste-to-energy incinerator.

Photo of MRF from Merseyside Recycling and Waste Authority

Black calculates that 36 per cent of that 30 per cent contains value, and he wants Metro Van to give his planned MRF a permit to recovery it before it’s sent off to burn in an incinerator.

“This is something they did not look at in their solid waste plan. It’s an emerging technology. And it’s becoming very popular in cities that do not want to spend the money on incinerators. It’s something we think they (Metro Van) should step back and look at.”

Where do the garbage bags go?

Few people think about where the garbage ends up, once the bag is tied up and tossed into the bin. Around the Lower Mainland, most municipalities have set up programs to source-separate recyclables in homes, offices and workplaces. Plastics, metals, cardboard and newsprint are placed in separate bins, while left over rubbish is thrown into garbage bags, ultimately destined for a landfill or incinerator. A MRF gets the bag before it’s sent to the incinerator, tears open the bag and picks through the co-mingled material, reducing the final amount sent away for disposal. It’s a technology that has developed over the past decade with some MRFs now capable of separating food and organics. Dozens of cities around North America have set up MRFs.

In the Lower Mainland, Belkorp is one of several companies that have realized the value in Metro Van’s discarded waste and who are investing heavily in recovery facilities. Northwest Waste Solutions has already spent $30 million on a Vancouver MRF. Emterra Environmental has been operating eight MRFs in the Lower Mainland for several years, supplying its facilities with a waste stream collected from industrial, commercial, institutional (ICI) and residential properties.

But few of these facilities have come without a battle.

“They (Metro Van) are actually doing everything they can to block these facilities from being built, to the absurdity that they are putting disposal bans on the front end of a recycling facility and that is absolutely absurd,” says Black.

The opposition from Metro Van is a direct result of what some are calling a head-long, eyes-closed pursuit of a waste-to-energy plan that requires a steady stream of solid-waste to fuel a hungry incinerator.

Coming in the series: Fraser Valley Regional District has launched an aggressive $50,000 clean air ad campaign against incineration, while Metro Van defends its sustainability record. At stake, millions of dollars in "tipping fees", huge construction contracts, and a possible monopoly for the company that might win the bid to build and operate an incinerator. Meanwhile, the City of Vancouver has made a strong push to reduce post-consumer waste at the same time increasing recycling.