Big money for one company if Metro Van pushes incinerator plan through. Here's who'll make it. 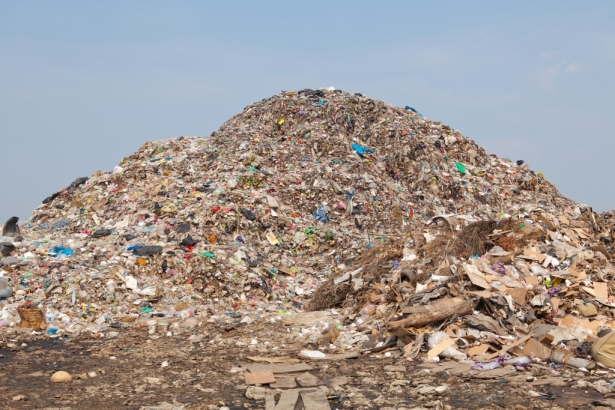 Just a pile of ugly garbage to you and me.  Huge money to one lucky player.  Maybe. Third in a three-month series.

Francesco Aquilini’s Vancouver Canucks may be struggling on the ice, but the notoriously private BC family is hoping to score big when it comes to burning metro Vancouver’s garbage.

“No comment,” says Aquilini Renewable Energy president John Negrin in response to inquiries about the company project from The Vancouver Observer. “Metro (Vancouver) is very strict on the project and we really can’t comment on any of that.”

Aquilini Renewable Energy is one of nine companies in the running to build and operate a new $480 million waste-to-energy (WTE) plant that could burn up to 370,000 tonnes annually of metro Vancouver’s future garbage.

The incineration plan is part of an overall regional solid-waste strategy that some call a growing monopoly for Metro Vancouver. Critics say small players with innovative recycling plans are being pushed out, big companies are moving in and the opportunity for private enterprise to take the lead in recycling is being crushed through new bylaws and incineration plans. Metro Vancouver deny they are doing any such thing, but admit the issue has become very contentious.

“When you have big decisions such as this, you have to expect that various parties have their own points of view and they want to share those points of view,” says Metro Vancouver Zero Waste Committee chair and Richmond mayor Malcolm Brodie.

The Aquilini company plans call for a waste-to-energy plant on Squamish First Nations land in Port Mellon on the Sunshine Coast. It proposes to use energy generated by incinerating Metro Vancouver’s garbage to grow algae, create biofuel and inject carbon dioxide into local greenhouses to help grow plants

The company’s project manager did speak publicly to Metro Vancouver’s Zero Waste Committee in November about their proposal.

“It’s one that Aquilini in particular is well-positioned to execute on...,” said Ben Horowitz, Aquilini Renewable Energy project manager. “We and our project partners have approached this project with openness and transparency from the start, whether that is engaging directly with Metro Vancouver and its governing body, or prospective partners, First Nations communities, local communities, other jurisdictions.”

Scoring the incineration deal could prove as difficult as the Canuck’s power-play scoring a goal.

Lining up against incineration are the cities of Coquitlam and Vancouver, which is aiming to be the greenest city in the world by 2020. Also opposed is the Fraser Valley Regional District which has launched a very public TV and billboard campaign against Metro Van’s incineration plan.  On top of this opposition, eight other companies hope to land the lucrative incineration deal with Metro Vancouver. And some of those companies are the biggest waste handling firms in North America.

Wheelabrator Technologies Inc. is a wholly owned subsidiary of Waste Management Inc.  Wheelabrator has teamed up with Spanish multinational waste management company Urbaser to present two proposals before Metro Vancouver for WTE plants near Nanaimo. Waste Management is a $15 billion, New York Stock Exchange (NYSE) listed company whose fifth largest shareholder is Bill and Melinda Gates.  Other shareholders include some of the biggest banks and investment firms in the world, including Goldman Sachs and Morgan Stanley. Wheelabrator operates 17 waste-to-energy plants in the US and UK, with one more in development, and three fuel burning independent energy plants. Not surprisingly, the company also owns and operates two landfills solely for ash.

Lehigh Cement of Delta, a division of the German giant Heidelberg Cement is also bidding for Metro Van’s garbage. Heidelberg is the world’s third largest cement producer, employing 52,000 people in 2,500 locations around the world. The company wants to burn metro Vancouver’s garbage to create fuel for its Delta plant. Currently the company burns coal, natural gas and even car tires to produce the energy needed for its cement product. Burning garbage will reduce greenhouse gases presently pumped into the atmosphere above Delta.

A third WTE proponent is Covanta Energy, the operator of Metro Van’s 25-year old waste-to-energy plant in Burnaby. The $2.3 billion NYSE-listed company is headquartered in New Jersey and operates 45 waste-to-energy plants around the world. Covanta has two WTE proposals for Metro Vancouver, including a mass gasification plan that even the company vice president says isn’t fully developed.

“This process is a lot more complex, it’s tougher to control, it has taken us time to get to the point where we can get it on to a commercial scale, “said Covanta vice president Chris Baker to Metro Van’s Zero Waste Committee in November.

In 2013, Covanta was fined for violating New York State law when it installed a new smokestack on its Niagara Falls incinerator without proper permits. The move was part of a company plan to upgrade its plant and rail lines to handle a half million more tons of garbage from New York City.

And in Ireland, Covanta was involved in an incineration plan for the city of Dublin that eventually collapsed because of a lack of funding. According to The Independent, before the deal fell through, Dublin city council signed a contract with Covanta in March, 2012 “that obliges the local city authority to supply a minimum amount of waste to the plant each year or face financial penalties.”

In metro Vancouver, the prospect of a guaranteed flow of garbage to feed a possible incinerator has incensed some local waste hauling companies. It’s also opposed by City of Vancouver directors on the Metro Vancouver board who make up the largest contingent. Metro Vancouver did pass a controversial by-law in October that requires all garbage generated within Metro Vancouver boundaries to be processed at regional facilities. But some say this by-law, which has yet to be approved by Victoria, is simply an incentive that ensures a steady flow of garbage to an incinerator and which could scuttle future recycling innovation. More on this later in the series.