As Europe shies away from burning trash, Metro Vancouver gears up for $480m waste-to-energy incinerator 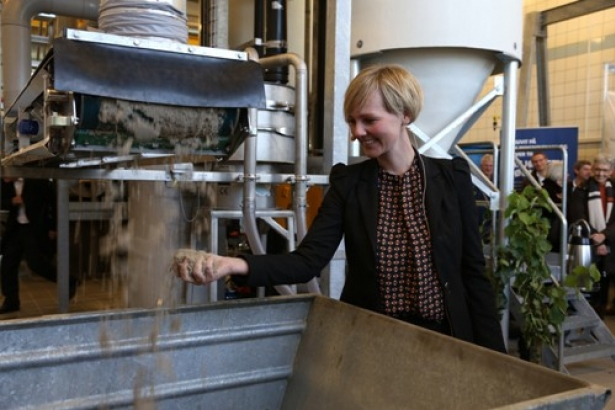 Fifth in a three-month series.

At the Sochi Olympics, it’s easy to pick out the Danes. Their great flag the Dannebrog is often painted across their faces while wearing bright gold Viking horns.

But their country has a dirty secret, and most Danes would prefer to keep it that way. In a country of 5.6 million people, they produce more garbage and burn more trash than almost every other EU country.

The “world champions of waste incineration” has been on a cycle of buy, discard and burn for decades. Many Danish communities own the local garbage incinerator, which produces heat and power for their homes and factories. Less garbage equals less heat in homes, schools and work.

If there was national recycling program, the blue bins would likely have been burned. That's all likely to change, with the nation's new program to transition away from incineration and toward recycling.

While Danes move away from burning garbage, however, Metro Vancouver is moving closer, with plans to build a new $480 million waste-to-energy facility to help deal with an estimated 700,000 tonnes of residue garbage after recycling everything it can.

For Scandinavian countries like Denmark, it made some sense to incinerate their own garbage to generate much-needed power. BC, meanwhile, is a net energy exporter, with plenty of electricity to spare. So why a new waste-to-energy incinerator?

The Metro Vancouver regional authority currently operates a 25-year old incinerator in Burnaby. The new incineration plan, which is supported by some of the largest waste companies in the world, is opposed by the City of Vancouver, the Fraser Valley Regional District and some waste haulers. Recycling and environmental groups call it a Neanderthal solution that will kill future recycling innovation.

“We have a ton of companies here that are world leaders in terms of innovation,” says Vancouver city councillor Andrea Reimer. “But the minute that cheque gets signed on that mass burn incinerator, it’s all up in smoke. The possibility of those kinds of investments completely disappear.”

Members of the Vision civic party from Vancouver who sit on the Metro Vancouver regional board have been leading the charge against incineration. They feel Metro Vancouver should aspire to cities like San Francisco, which have achieved an 80 per cent waste diversion rate and is on track to be the first North American city with zero-waste by 2020 without incineration.

In the 1990s, governments throughout Europe and in North America offered tax incentives and subsidies to companies and local governments willing to invest in waste-to-energy incinerators.

This “renewable” energy source took off, and today there are 400 incinerators in 17 countries, generating a portion of their energy needs. Germany is the most aggressive. The country has 72 waste-to-energy plants, followed by Sweden (31), Denmark (29), the United Kingdom (24) France (17) and the Netherlands (12).

Some of these countries have become so efficient at incinerating waste for electricity that they are running out of their own garbage. Sweden now imports 80,000 tonnes a year from other countries to keep their burners going 24 hours a day. Norway is also importing garbage.

But recently, the European parliament has called on the European Commission to draft proposals by the end of this year to phase out land filling of recyclable and recoverable waste by 2020 and discourage incineration of this waste.

Denmark is one of the first countries to announce a shift in what has been a long-standing energy policy across Europe.

In a “new approach to waste,” the government is now trying to change a whole national mindset. The former 36-year old minister of environment decreed the country will recycle more and incinerate less in the future. No more will Danes continue burning valuable materials while adding to the country’s CO2 emissions. Their goal is to achieve 50 per cent recycling by 2020 and no incinerators by 2050.

“Recycling should be common sense and come to us naturally,” says Denmark’s former environment minister Ida Auken, who had pushed for a 'paradigm shift' in Denmark to move the country toward recycling. “Danes will have to sort more of their waste."

In Canada, eight municipal-waste incinerators, including one in Burnaby, are burning approximately 27 million tonnes of garbage and waste per year.  Last month, Iqaluit passed a new waste management plan that includes a $14 million incinerator; double the cost of a rejected plan that proposed land filling, composting and recycling. But by contrast, the City of Markham, Ontario, claims it has reached its zero-waste target, without incineration.

In the US, more than half of all waste is dumped in landfills, and about 12 per cent is burned. There are 89 trash burning incinerators consuming municipal garbage every day from Alaska to Florida. Many of these incinerators, including 10 in the state of New York alone, are run by large corporations like Wheelabrator and Covanta, two proponents for the proposed new Metro Van incinerator. The US boom began in 2004 when the federal government allowed waste-to-energy (WTE) incineration companies to claim a tax credit for creating a renewable source of energy. It’s a tax break that many environmental organizations oppose.

“Incinerators are really the devil,” says Laura Haight, senior environmental associate with the New York Public Interest Research Group in a New York Times article. “Investing in garbage as a green resource is simply perverse when governments should be mandating recycling. Once you build a waste-to-energy plant, you then have to feed it. Our priority is pushing for zero waste.”

WTE incinerators in the US rely on a steady stream of garbage that is transported by rail cars or trucks from local and neighbouring jurisdictions. For many municipalities without the infrastructure, the finances and political will to implement a “zero-waste” strategy, it is the most efficient and economical method to dispose of their garbage.

But some incinerators have come up against heavy community opposition. In Utah, activist Erin Brokovitch joined residents last fall as they rallied to shut down a medical waste incinerator, while the Detroit incinerator has been a target of multiple environmental protests.

Across the Pacific, rapid industrialization and the move from rural to urban lifestyles have resulted in a massive problem with garbage in cities around the region. According to The World Bank, “in Asia there is limited experience with waste incineration outside the industrialized countries of Japan, Singapore and Taiwan. A few plants in other places have experienced managerial, financial or operational problems...”

China had 66 waste-to-energy incinerators as of 2006 but that number was expected to rise to more than 100 by 2012.  Recently, the Chinese Academy of Science studied the emissions from 19 waste incinerators in that country. Only six had toxic emission levels below European and US standards, some being 24 times the western standard.

Like Asia, the six Middle Eastern countries of Saudi Arabia, Kuwait, the United Arab Emirates, Qatar, Bahrain and Oman that make up the Gulf Cooperation Council (GCC) are dealing with rapid industrialization, population growth and a lot more garbage. Waste-to-energy incineration is one of the options the GCC is considering to deal with the growing waste stream.

Amid the Caribbean Sea’s crystal sand, clear waters and bucolic environment, there are few better examples of a garbage planning gone wrong than the ecological and visual disaster that is the garbage dump on Cayman Islands.

Greeting thousands of cruise ship tourists every day is what appears to be a large hill in the centre of George Town. The 'hill' is actually a towering heap of decade’s worth of garbage. Locals have dubbed the eyesore ‘Mount Trashmore’. And it continues to grow with more than 300 tonnes of new rubbish every day.  Successive governments have spent years grappling with what to do with the rotting trash heap.  Now, in the latest development, a waste-to-energy incinerator is being considered to simply burn the mountain down.

Like the debate over the proposed Metro Vancouver incineration plan, no final decision has been made on the Mount Trashmore incinerator.

In metro Vancouver, that decision has been reserved for 2015.