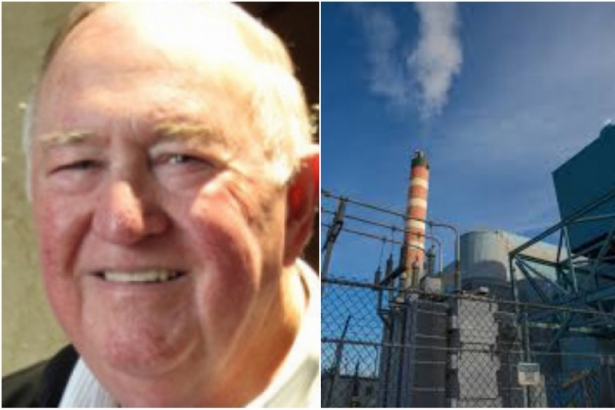 City of Coquitlam says Metro Vancouver proceeding down a path and spending tax dollars on a half-billion dollar incineration strategy without all the current facts. 23rd in the series.

As Metro Vancouver moves ahead with plans to invest $500 million in a new waste-to-energy facility, the City of Coquitlam is slamming on the brakes and demanding a business plan for the project.

"Many of us want [the proposed incinerator business plan]. We have asked for it frequently," Coquitlam councillor and chartered accountant Neal Nicholson told the Vancouver Observer on Thursday after the monthly Zero Waste Committee meeting.

Like some others in the City of Coquitlam, Nicholson believes that the "world has changed" since 2009, when Metro Vancouver passed its Integrated Solid Waste and Resource Management Plan. In order to accommodate for the expected 700,000 tonnes of non-recycled garbage when the region's population increases, Metro Vancouver's plan called for a $480 million waste-to-energy incinerator as a solution to deal with the waste.

While the plan does call for increased recycling to keep garbage out of landfills (up to 70 per cent, with an aspirational goal of 80 per cent), it doesn't consider new advancements in recycling technology. In particular, material recovery facilities (MRFs) -- which have helped some cities reach a high landfill diversion rate, without incineration -- have been left out of the plan altogether. And given how much things have chanced, Nicholson believes Metro Vancouver needs to show the why it must spend half a billion dollars toward waste-to-energy incineration.

"We have to make the best decision we can for everybody and it’s the economic and environmental impacts that we have to consider,” Nicholson said.

To push their point, the Coquitlam Mayor sent a letter to Metro Vancouver last month on behalf of his city council, urging the regional authority to lay out the business case for building a new facility to incinerate garbage and turn it into electricity.

“Our Council has taken the position that we need that business case update in order to properly make the decision to proceed, and to that end I am formally requesting that an updated business case for Metro Vancouver’s WTE (waste-to-energy) strategy be provided...,” Coquitlam Mayor Richard Stewart said in a letter addressed to Greg Moore, the chair of the Metro Vancouver regional authority.

March 28 letter to Metro Van from City of Coquitlam mayor.

In the March, 28 letter, Stewart says that he spoke with a number of Metro Vancouver directors and other local elected officials in recent weeks, and said "there is growing concern that we appear to be proceeding down a path, and spending tax dollars, without all the current facts and a strong public policy basis to proceed.”

Stewart says Coquitlam first requested a business plan in a 2011 letter to the minister of environment and through several requests to Metro Vancouver staff. He also said members of the Zero Waste Committee have raised questions about the lack of a clear business case for the incinerator in meetings in February and March.

A change of circumstances

Stewart says the business case is required because several assumptions have "substantially" changed since the first business case was prepared. Those include changes to BC Hydro’s long-term electricity rates and the emergence of new technology that allows for the recovery of more valuable material from the waste stream.

“I want to be sure all those things have been taken into account and measured as best we can, because we are looking long into the future and there’s been great changes over the last eight years,” said Councillor Nicholson. “There’s going to be even more over the next 20.”

The letter from Coquitlam requests an updated business plan that “clearly identifies and analyzes the current key assumptions, associated risks and financial implications of WTE (waste-to-energy)”.

“Obviously, the goal is that Metro Vancouver can be comfortable that we are proceeding with our eyes fully open and our minds fully informed, and that the updated business case be used to facilitate meaningful dialogue and informed decision-making regarding the pursuit of WTE versus other potential disposal technologies.”

Metro Vancouver is proceeding with the plan to build one, or more, waste-to-energy incinerators either inside or outside the greater Vancouver region. A list of potential sites was announced last fall and several more potential sites are expected to be unveiled in the next few days. After that a series of consultations will begin before selecting a final proponent and location.

That process has been underway for the past five years, and is expected to take at least two more. With advances in technology however, some councillors argue the landscape has changed, and Metro Van should go back and revisit the 2009 decision.

In February, Port Moody councillor, and Zero Waste Committee member Rick Glumac raised the issue of an updated business plan during a committee meeting.  Glumac raised the issue again at the Thursday committee meeting but was rebuffed by committee chair Malcolm Brodie, who told him it would be dealt with later.  The public-part of the meeting ended and the committee then met “in-camera” for 45 minutes to privately discuss issues. Glumac would not reveal what was discussed behind closed doors.

Neal Nicholson hinted the business plan proposal was discussed but says the issue needs to be dealt with publicly at an open meeting of the Zero Waste Committee before sending it to the full Metro Vancouver board.

He said despite some member of the zero waste committee holding entrenched opinions on the waste-to-energy strategy, he is adamant that new information and technologies that could fundamentally change the existing plan be considered before spending tax payer money on a massive capital project.

“I wouldn't waste my time looking for a business plan if I didn't think there was a possibility of changing the decision or impacting it with the best knowledge we have today,” he said.

The March 28 letter from the City of Coquitlam was not included in the monthly agenda available to the public prior to the meeting. It was added as an additional agenda item when the committee met on Thursday and obtained by The Vancouver Observer after the meeting was over.

In an email response to questions about a new business plan, a Metro Vancouver official said part of the work of the Zero Waste Committee includes the submission of a business case for the new waste-to-energy facility. That report is expected to be presented by the end of June. Metro Van says that reports are discussed in public, but that there may be reasons for 'in-camera' discussions as dictated by the Community Charter.