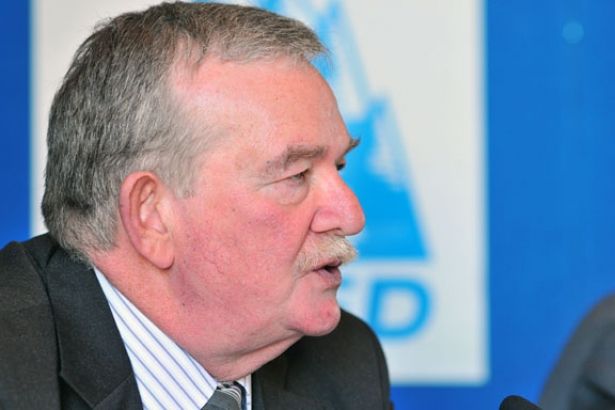 Mayor of Burnaby complains that months of tough questions bogging down process to build a $517 million, publicly-funded waste-to-energy incinerator. 27th in the series.

“One of the problems is that you get a lot of new people on the board who haven’t had the experience of going through the whole process, so you end up going back to try and re-argue issues that were argued five years ago,” said Mayor Corrigan during the meeting. “It destroys the process."

Recently, however, the process has hit a few bumps. The Fraser Valley Regional District launched an expensive television campaign last fall opposing an incinerator anywhere in the Lower Mainland. And after months of angry emails and phone calls, the Nanaimo city council informed Metro Vancouver that it would not accept a possible incinerator on industrial land within the city.

Some councillors lobbed tough questions, including how the incinerator would get $100 per megawatt hour of electricity produced by burning garbage, and why newer technologies weren't being considered.

“I think we need a more comprehensive business plan -- I don’t support this plan," said Port Moody Councillor Rick Glumac, speaking after the meeting. He had been calling for an updated business case that examines newer, non-incineration technology, which was not included in the latest document.

“I don’t think it is adequate and I’m very concerned about this because there is a lot of money at stake."

There have been growing questions over a plan approved in 2010 to build a 370,000 tonne per year garbage incinerator to handle future garbage from the greater Vancouver area, after reaching a 70 per cent recycling target.

In April, Coquitlam mayor Richard Stewart wrote to Metro Vancouver a strongly-worded letter demanding an updated business case for the proposed waste-to-energy incinerator. His letter complained that “there is growing concern that we appear to be proceeding down a path, and spending tax dollars, without all the current facts and a strong public policy basis to proceed.”

Incineration a clean energy on par with wind farms?

While some councillors, including chair and Richmond mayor Malcolm Brodie and District of North Vancouver councillor Roger Bassam agree the updated business plan is solid, a number of councillors strongly disagreed.

Vancouver councillor Andrea Reimer said that if electricity prices were to go down, the business case would become "dicey". She has been a vocal critic of the project over the past several years.

Reimer and other councillors challenged the assumption in the report that BC Hydro would pay $100 per megawatt hours (MWh) for electricity generated from a new incinerator. Under provincial rules, BC Hydro pays a premium for energy from clean sources such as run-of-river projects or wind farms. Other non-clean sources, such as municipal solid waste, are normally paid around $34/MWh.

Paul Henderson says the $100/MWh rate is based on what BC Hydro is investing in its own projects and is in line with waste-to-energy options in BC Hydro’s recent Integrated Resource Plan.

“This is an absolutely reasonable number,” Henderson told the committee.

"I think we owe it to the taxpayers to be as comprehensive as we possibly can on this, and this is our opportunity to do it,” Glumac said.

A number of councillors have suggested Metro Vancouver has its waste-handling priorities out of sync, and has placed “energy recovery” (burning plastics and other materials to create electricity) above other priorities such as recycling (Metro Vancouver has set a goal to increase the recycling rate to 70 per cent, with an aspirational goal of 80 per cent).

And the City of Coquitlam wants Metro Vancouver to conduct a proper examination of the latest material recovery facility (MRF) technology that can tear open garbage bags and recover valuable recyclable material that would normally be sent to a landfill or an incinerator.  The updated business plan discounted MRF’s as a viable alternative to incineration.

The business plan “needs to look at the way the world has changed, at material recovery facilities, at changes in waste flow, improvements in source separation, and changing energy prices,” said Coquitlam councillor Neal Nicholson.  “How do all of those things change the business plan that was created some years ago? And many of those things were not taken into account. It’s just ‘roll forward’.”

Glumac questioned why Metro Vancouver was refusing to consider the use of MRFs (material recovery facilities), which have been sweeping across the U.S. as a means of managing waste.

“For us not to look at the effect of MRFs in greater detail is a mistake,” Glumac told the committee. “MRF technology is a field that is advancing fast. We need to look at that today and incorporate it into our business plan. We seem to be ignoring it. To receive this (plan) and ignore MRFs is not the right approach.”

Zero Waste Committee chair Malcolm Brodie told committee members that the business plan “accommodates those who want a second look and answers their questions” and now it’s time to move on.

“To me, it establishes and verifies that the course that we are on is the correct course, and business wise, it makes sense,” said Brodie after the meeting. “Of course, factors can come up that change the business plan and it could come up at any time. The fact is, I think we are on the right track and we should proceed.”

Derek Corrigan, who has supported the incineration plan since it was originally passed in 2010, agrees.

“I haven’t seen anything presented by anybody, and we’ve gone through this time after time, nothing presented that gives me any persuasion that we are on the wrong track or that we’ve missed something that is critically important,” said Corrigan. “I think at this stage we are accommodating the people who say they want to have a second look and we’ve established that the second look proves the case again.”

The updated business plan will now be forwarded to the full Metro Vancouver board for consideration at their Friday meeting.