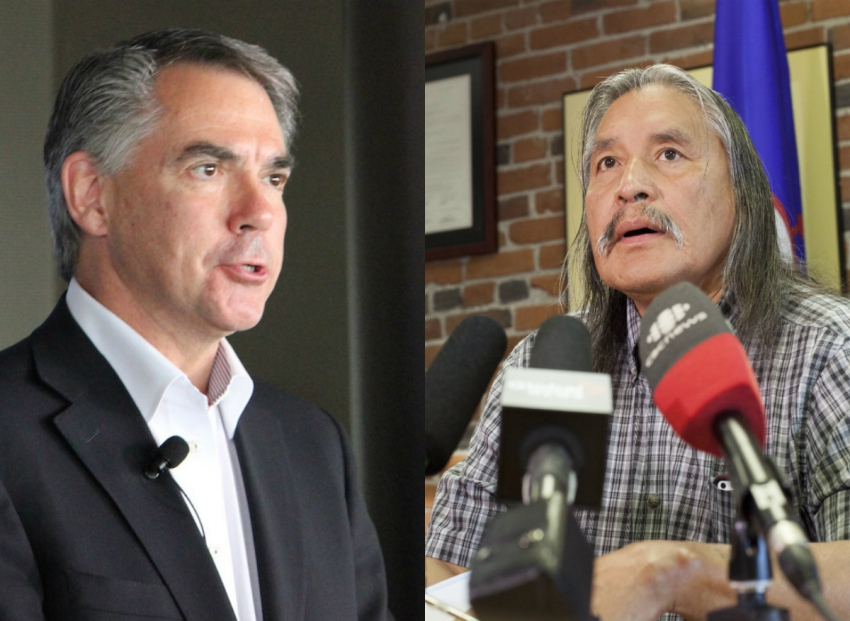 On the fourth anniversary of the Save the Fraser Declaration, an Indigenous law supported by more than 100 First Nations to ban tar sands pipelines and tankers from their territories, the Yinka Dene Alliance (YDA) is sending Alberta Premier Jim Prentice a map and timeline of opposition to the Enbridge Northern Gateway project, to make sure his government fully understands the opposition the project faces.

The map and timeline represent the first communication between Mr. Prentice and YDA Chiefs since he became Premier. Earlier this year, Mr. Prentice served as a point man for Enbridge in its attempts to budge First Nations’ opposition to Northern Gateway. Premier Prentice has recently been touring the country urging Canadians to get behind controversial tar sands pipelines.

“As recently as a few weeks ago, Premier Prentice said he would ‘do what needs to be done’ to advance the Northern Gateway pipeline,” said Chief Martin Louie of Nadleh Whut’en. “We want to make sure Mr. Prentice has a clear picture of the opposition the pipeline faces, and that he understands we’ll do what needs to be done to make sure it is never built in our territories.”

Eight First Nations, including YDA nations Nadleh Whut’en and Nak’azdli, have brought legal challenges to the federal government’s approval of Enbridge Northern Gateway, bringing the total to 18 separate legal proceedings against the project.

Opponents say the legal proceedings are just the tip of the iceberg, as opposition to tar sands projects strengthens relationships among First Nations and non-Aboriginal Canadians.

“I am happy to join the many tens of thousands of people across Canada who are standing with the Yinka Dene Alliance and other First Nations in upholding the Save the Fraser Declaration and supporting the Pull Together campaign,” said Margaret Atwood. “Water is our lifeblood. Disrespect for our rivers and lakes and oceans, and all the life they support, will ultimately be fatal to us.”

David Suzuki marked the anniversary of the Save the Fraser Declaration by imploring Canadians to respect Indigenous laws: “Northern Gateway would move us all in the wrong direction by exposing ecosystems to the risk of heavy oil spills, while ensuring that emissions from the oil sands continue to grow. First Nations signatories to the Save the Fraser Declaration are upholding their Indigenous laws and authority to protect the health of their territories from the threats of Northern Gateway. This concerns all of us, and as First Nations bring their voices forward they deserve everyone’s support.”

“First Nations and so many others have come together to underline that Enbridge can’t go ahead,” said Chief Fred Sam of Nak’azdli. “Everyone’s opposition to Enbridge is a common ground that I think is helping First Nations and non-First Nations people forge new links with each other to protect the land, water and air that we all care about. It’s important that leaders like Mr. Prentice understand that, and give up on Northern Gateway.”