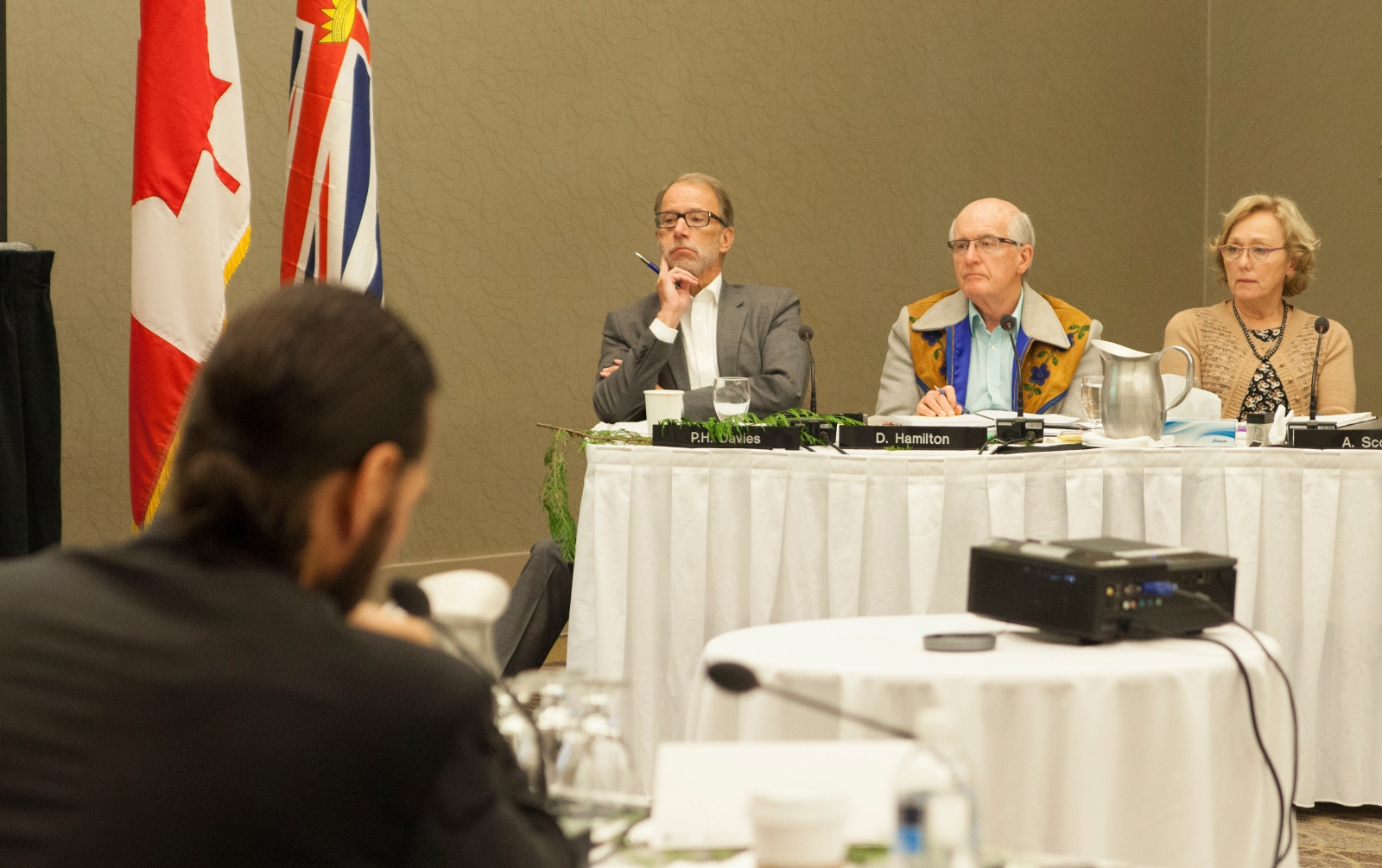 One hundred thousand Canadians are demanding that the NEB include climate change in its pipeline review, according to several environmental and citizen groups.

Starting this week, the National Energy Board is bracing for an avalanche of thousands of applications from people seeking to speak up about the controversial Energy East pipeline. The Energy East project proposes to push Alberta bitumen to Atlantic coasts.

"I think there is an opportunity — given the size of the pipeline, and the high level of interest — that it could be a record number of participants,” said Katherine Murphy, an NEB spokesperson in Calgary.

If approved, it would become the largest pipeline in North America, and the third largest in the world.

TransCanada said Tuesday it looks forward to the public’s participation in its project’s review.

"We have complete trust that the NEB will carry out an impartial review of the project, as it hears from various participants who present their views during the process,” wrote Energy East spokesperson Duboyce.

But already, 100,000 Canadians are demanding that the NEB include climate change in its pipeline review, according to 350.org, Leadnow.ca, the Council of Canadians, Greenpeace and Avaaz in a joint statement.

The mass collection of petitions and messages urging this change was hand-delivered to the NEB on Monday.

“If even a fraction of those 100,000 applied to take part [in the NEB hearing], it would break the record for sure,” said ForestEthics Advocacy’s Sven Biggs in Vancouver on Tuesday.

The trouble is, global warming cannot be used as a basis to apply at the hearing.

The Harper government introduced sweeping changes in 2012 to ensure that climate change cannot be used in hearing applications.

Participants need to be "directly affected" and experts must also demonstrate they have useful information. Climatologists have been rejected in the past.

The 2012 overhaul of the NEB also was designed to speed project decisions, with stricter time frames, and to prevent the process from getting bogged down by "environmental and other radical groups" said cabinet minister Joe Oliver at the time.

The law also removed the Canadian Environmental Assessment Agency (CEAA) from playing a role in evaluating major pipeline projects, and handed the responsibility to the NEB.

The NEB is made up mainly of board members who possess oil and gas industry credentials.

“So we have essentially Stephen Harper telling Canadian environmental regulatory groups that they can’t regulate the environment. We can’t even ask questions about what the environmental impacts are,” said Ben Powless with Ecology Ottawa on Tuesday.

One of those applying to be an intervenor is the Mayor of Kenora, Dave Canfield, who supports Energy East.

He said he will attend the pipeline hearings on behalf of the Northwestern Ontario Municipal Association (NOMA), which represents 36 communities, and officially endorsed the pipeline in a recent vote.

"We’re looking at it realistically. The pipeline is already there. It’s been carrying natural gas for years,” said Mayor Canfield.

"The oil is [now] going to move to refineries in Eastern Canada, so what’s the best way to transport it. Is it by truck, rail or by pipeline?”

A primary concern is the safety of the many rivers and watersheds the pipeline would cross. Mayor Canfield wants to make sure shut-off valves are in place in the NEB hearing, or his association may withdraw its support.

The pipeline begins in Hardisty, Alberta, and approaches hundreds of communities, including major cities such as Regina, Winnipeg, Ottawa, Montreal and St.John in its eastward push.

Many analysts have said that Energy East was proposed as an alternative to TransCanada's Keystone XL pipeline, which has been troubled by political delays in the U.S.

Energy East would give oil sands producers access to preferential pricing and new markets for Alberta oil. The project promises some 14,000 construction jobs, and 900 permanent jobs when in operation.

The public has until to March 3, 2015 to apply online for "intervenor" status, which comes with the ability to ask questions. The other option is to apply to be a "commentator" which allows for a written letter to be submitted.

A full description of the continent-wrapping pipeline is available on the NEB website.