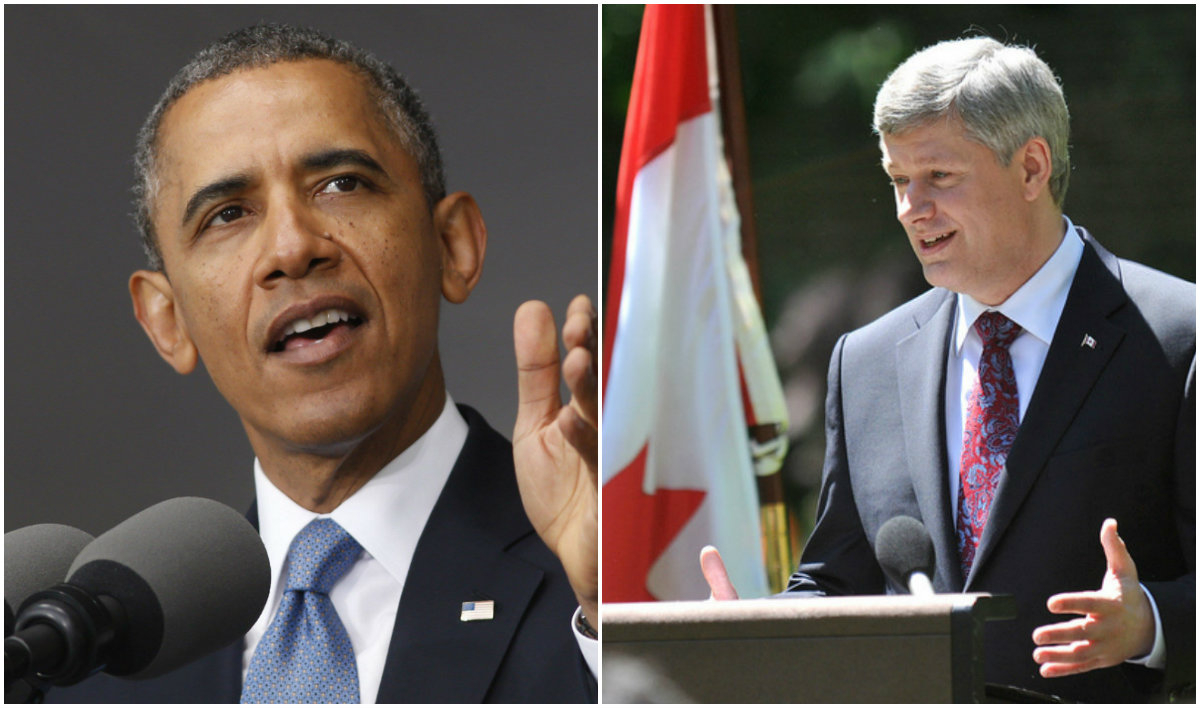 President Obama's veto of the Keystone XL pipeline bill is nothing less than a devastating indictment of Stephen Harper's foreign policy.

Despite the imperative that Canada diversify our access to foreign markets, no relationship is or ever will be more important to this country's fortunes than the one it has with the US, and most of all, the White House.

But the weight of Harper's ambition and ego brought that historic relationship to its knees, and with it, the prime minister's own defining economic and foreign policy objectives.

Canada's leadership lost its credibility and moral suasion at the White House by being drawn into the poisonous scorpion's nest of DC politics. No foreign leader, but especially not the Canadian prime minister, can afford to be seen to meddle in American domestic affairs.

Stephen Harper managed to do it.

Indeed, its hard to imagine a more disastrous economic and foreign policy strategy than the one adopted by this prime minister. As Barack Obama entered the final period of his presidency, the indications were clear that climate change would become a pillar of his administration. John Kerry, well-known as a strong environmentalist, is Secretary of State, and holds the portfolio responsible for the Keystone decision.

Faced with this landscape, it might have behooved the prime minister to harmonize his energy policy with the White House climate objectives, as China has done to great success. But Harper doubled down, announcing that he "would not take no for an answer"on Keystone, calling climate regulations on the oil and gas industry "crazy," and pursuing an unseemly vendetta against Canadian environmentalists linked with eminent American scientific foundations.

It's impossible to decipher the true source of such self-destructive behaviour, but the Obama administration would surely tie this almost delusional conduct to the Koch brothers. It's no coincidence that Keystone, a project of only marginal importance to American interests, has emerged as a primary Republican cause. The Kochs, bedrock GOP funders who are committing nearly $1 billion in their attempt to defeat the Democrats in 2016 are key Alberta oilsands leaseholders, and seasoned practitioners of the dark arts of American politics. That the GOP has made the calculation that a donnybrook over Keystone is worth the trouble is not a good outcome for Canada. We cannot be seen as a sock-puppet for the GOP's top funders. And yet we are.

All of this could have been avoided had Stephen Harper conceded the vital importance of aligning Canada's domestic energy policy with Obama's climate objectives. It may have been a huge climbdown for a leader captivated by his vision of Canada as an oil super-power, but Keystone's success depended on it. Today we don't have Keystone, we've shredded our key international partnership, and the oil sands and Canadian economy face a dire and uncertain fate. This isn't just the failure of the Keystone XL project, it's the failure of Prime Minister Harper.