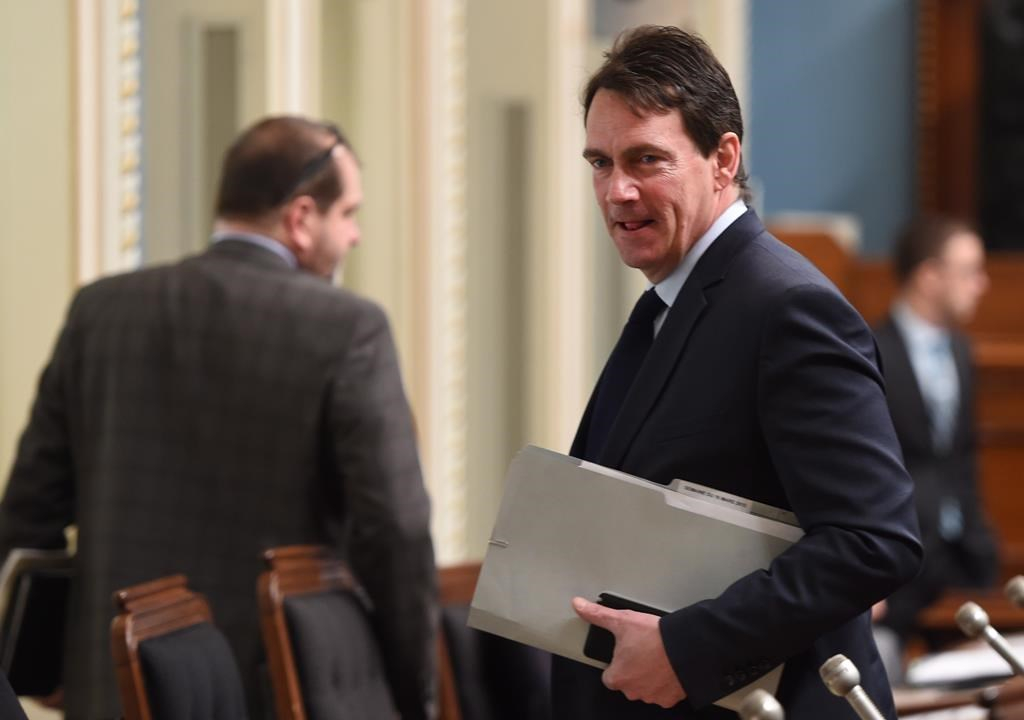 "It was inappropriate and does not reflect my thinking. The success of our collective project depends on the ability to bring together Quebecers from all origins."

Peladeau said he intends to work with various communities to explain what he called the benefits of Quebec independence.

On Wednesday, Peladeau said during a PQ leadership debate that immigration was hurting the goal of Quebec independence.

"We don’t have 25 years ahead of us to achieve it," he said. "With demographics, with immigration, we’re definitely losing one riding each year."

The apology came at the end of a day in which Peladeau was widely criticized for the remarks, with Premier Philippe Couillard saying they signalled "a clear shift toward ethnic nationalism" in the PQ.

"Since the charter (the values charter the PQ wanted to implement) there has been a very unfortunate drift," Couillard said at the legislature.

"There is no longer a financial argument or an economic argument for the separation of Quebec so they’re clinging to whatever they can."

Peladeau said after the debate he wasn’t attacking immigrants but rather demonstrating the importance of reaching out to them in the same way the federal government does.

He described immigration as an asset that has benefited Quebec.

Peladeau is the perceived front−runner in the PQ leadership race to be decided in May.

Some of the other hopefuls were ill at ease with Peladeau’s comments and distanced themselves.

But Couillard said the party itself and its leadership should also have distanced themselves from the media mogul’s comments.

Other members of the governing Liberals also took aim at Peladeau’s comments.

Health Minister Gaetan Barrette made a parallel between the PQ and the Front National, a far−right party in France.

"It’s the party of certain Quebecers, not all Quebecers," Fournier said, saying the party co−founded by Rene Levesque is now unrecognizable.

"They love to talk about values — it is a value to classify Quebecers?" Fournier asked. "Democracy is a place for everybody."

"That said, we won’t be making further comments on the PQ leadership race."

"Just like Stephen Harper, he is pitting Canadians against each other and saying the vote of certain people in our extraordinary country, certain Quebecers, have more rights than others."