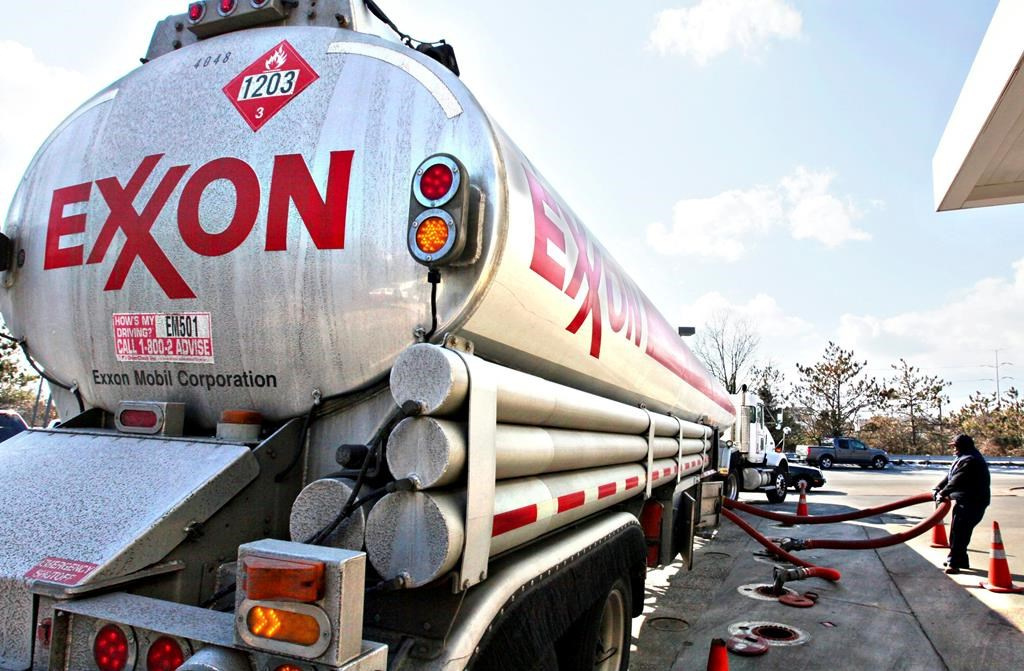 It was the lowest first-quarter profit for Exxon Mobil Corp. in six years, although the results still beat Wall Street expectations.

When world oil prices collapsed from about $100 a barrel to less than $50 over the second half of last year, it made some drilling projects unprofitable. Exxon is beginning to cut costs — the company said last month that it would trim capital spending this year by 12 per cent, to $34 billion, and the CEO expects relatively low oil prices to stick around.

Exxon's production in the first quarter rose 2 per cent compared with a year ago, as energy flowed from new projects from the U.S. to Papua New Guinea, so the profit plunge was almost entirely from lower prices.

Exxon lost money on exploration and production in the U.S. — it earned $1.2 billion from that drilling a year ago. Production outside the U.S. remained profitable, but the earnings fell by more than half. Refining and marketing earnings rose.

The profit worked out to $1.17 per share, down from $2.10 per share a year earlier. The average estimate among 11 analysts surveyed by Zacks Investment Research was 80 cents per share.

With the collapse in prices, outfits that help drill have laid off thousands of workers. The oil companies are adjusting their techniques to pull even more oil and gas out of wells, some of which were drilled just a few years ago.

Fundamental changes could be necessary because industry officials don't expect energy prices to surge anytime soon. Exxon CEO Rex Tillerson said at an industry conference last week that low prices are "going to be with us for a while."

But in the first quarter, overall production rose 2 per cent despite a dip in natural gas output.

"This company has been growth-challenged for quite some time," said Brian Youngberg, an analyst for Edward Jones. "To see some production growth and exceeding volume expectations was a good sign."

The slump in oil prices has hurt the stock market valuation of some companies, and could add to pressure from Wall Street for Exxon to boost production with an acquisition that would match Shell's announced purchase of BG Group PLC.

Exxon, however, didn't get the boost it expected from its last big acquisition, the 2010 purchase of natural gas producer XTO Energy, because of stubbornly low gas prices.

"I think it would be a mistake for them to go make a major acquisition," said Youngberg. "The (oil) companies aren't in dire straits. Exxon really needs to focus internally, develop the projects they have in progress."

BG went through a leadership change right before agreeing to the Shell deal, a situation that might not occur at other potential acquisition targets.

Exxon continues to return money to shareholders. On Wednesday, it announced a 6 per cent increase in its dividend that will cost around $168 million per quarter.

On a conference call with analysts, vice-president of investor relations Jeff Woodbury said low oil prices don't change Exxon's strategy. He said the company will focus on finding projects that increase profits and "to paying a reliable and growing dividend."

Shares of the Irving-based company were up 30 cents to $88.17 in midday trading. The shares were down 5 per cent in 2015 at Wednesday's closing price.