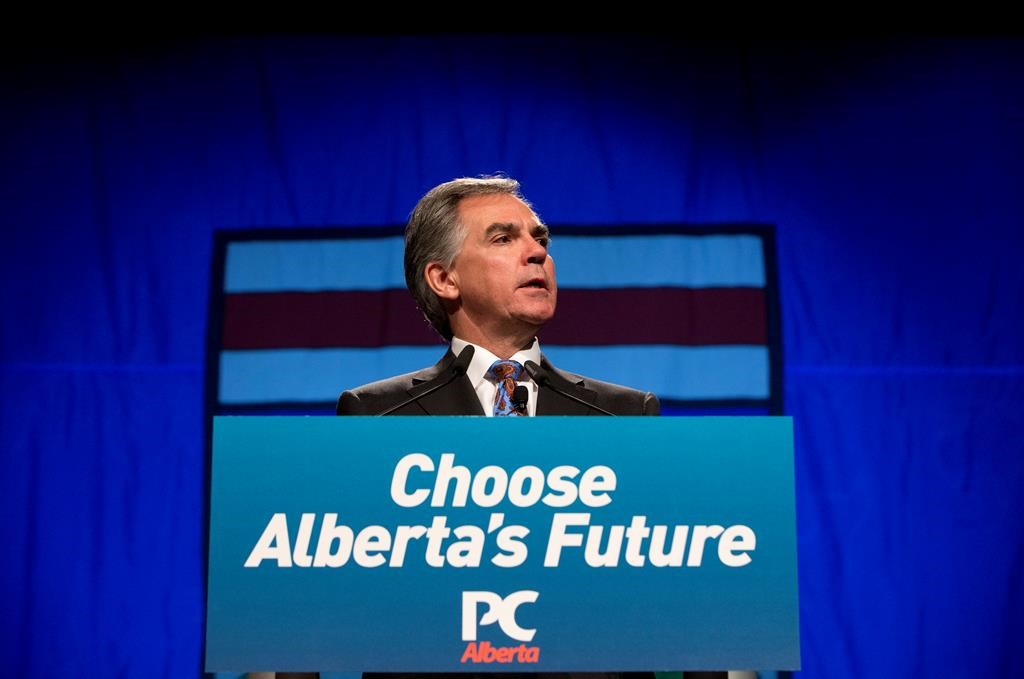 Premier Jim Prentice is ratcheting up warnings of a NDP-governed Alberta, bringing federal NDP Leader Thomas Mulcair into the fray and saying the party has a "fundamental distrust of business."

"Make no mistake about the NDP," he told 1,500 party faithful at a Progressive Conservative fundraising dinner Thursday night.

"When you drill down into the policies that they are putting forward, you realize this not a new NDP.

"Fundamentally, the NDP could undermine the heart of Alberta's economy and we must not let that happen."

Prentice and the other party leaders have just a few days left to win over the hearts and minds of Albertans, who go to the polls Tuesday.

The PCs had been expected to win handily, but polls throughout the campaign have suggested that Prentice is in a three-way tie with the Wildrose party and the NDP.

In recent days, Prentice has criticized the NDP for promising to hike the corporate tax rate to 12 per cent from 10 per cent and increase income taxes on high-end earners.

NDP Leader Rachel Notley has also promised to review royalty rates and initiate plans to get more refining done within the province.

She has also said her party would fight for pipeline approval, but would marshal limited government resources and fight only for projects that have a realistic chance of success.

Notley has said the proposed Northern Gateway line to the B.C. coast is so tied up in lawsuits and environmental concerns, it is a lost cause because it will not be built for decades, if ever.

Prentice said Notley's position resembles that of her federal counterparts.

"We don't need a pipeline policy in this province that feels like it was scripted by (federal NDP Leader) Thomas Mulcair. That is for sure," said Prentice.

Mulcair has been a polarizing figure on pipelines in Alberta, saying he opposes lines that ship raw product for refining abroad rather than trying to build upgrader jobs in Canada.

He has also said pipelines must be based on more than business need, and that environmental and social concerns must be better recognized and acted upon.

Notley has said her party is the only one in the election fighting to create jobs, with such initiatives as an $89-million Job Creation Tax Credit that would refund a portion of salaries for companies hiring new workers.

She has criticized Prentice for promising that all Albertans will pitch in to help the province recover from low oil prices only to exempt the corporate tax and oil royalties from increases.