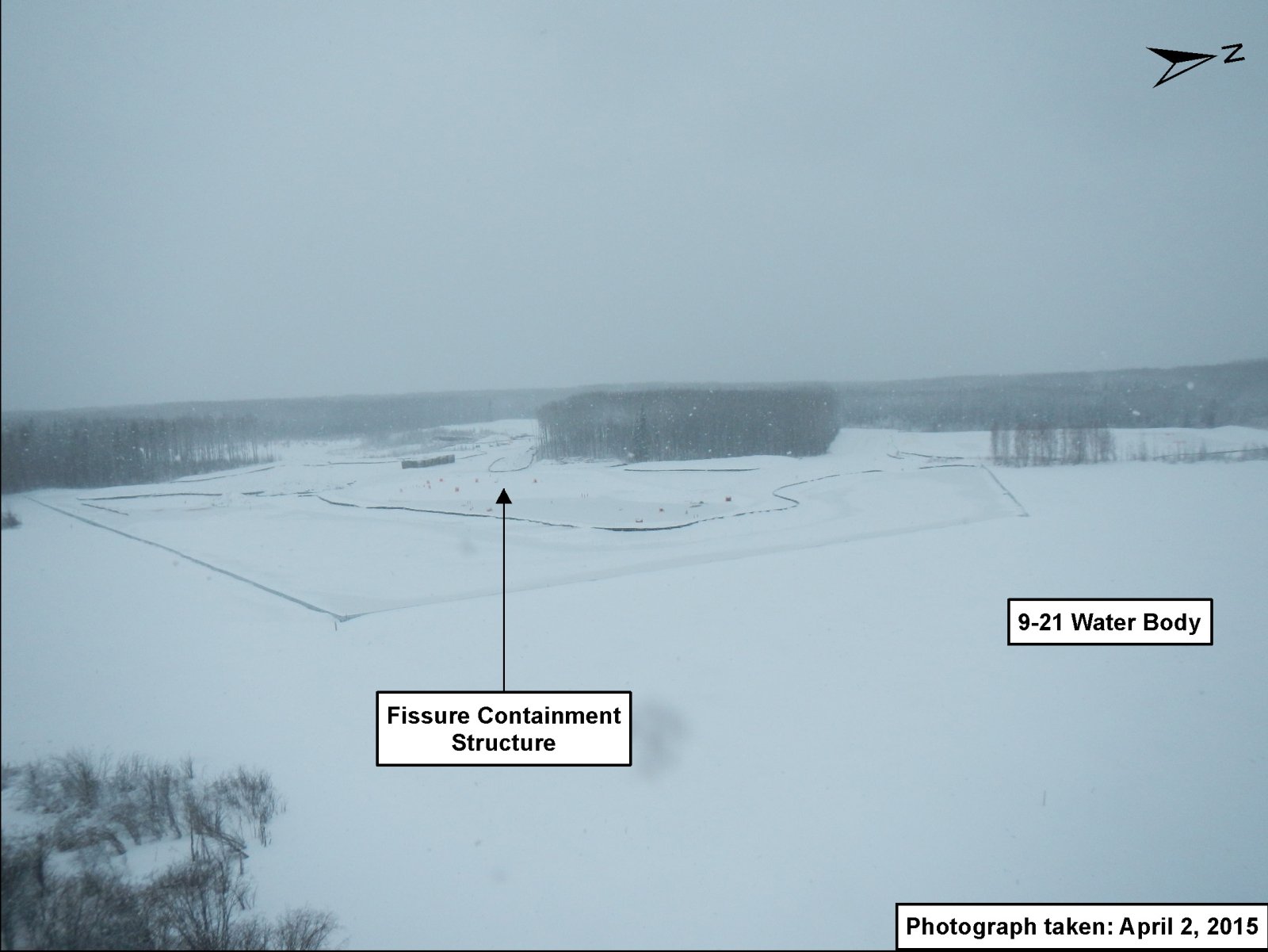 An Alberta Energy Regulator (AER) spokesperson confirmed that the 2013 leak is “ongoing.” CNRL currently describes the seepage as too small to measure at this point.

The AER’s Cara Tobin said, “They have not stopped releasing bitumen to surface.”

Even while oil continues to bubble up from the ground, no date has been given as to when the AER will tie up its investigation into the cause of the leaks and whether it will issue any recommendations.

To date, 1,177.14 cubic metres of oil has spread over 20.7 hectares on four sites, according to the AER, a number which has been disputed in a 2014 study from Treeline Ecological Research and Global Forest Watch Canada.

Tobin maintains that the site is “for the most part” cleaned up. But she said that bitumen is continuing to come to the surface in “very small quantities” every day through cracks in the ground.

The process involves injecting steam to a depth of 500 metres through a wellbore for a period of time and then reversing the flow to produce the bitumen emulsion from the same well.

In their 2014 study on the Cold Lake oil spills, Kevin Timoney of Treeline and Peter Lee, the former director of Global Forest Watch Canada, noted: “That in addition to reducing the viscosity of the bitumen, the method results in deformation, fracturing of bedrock and vertical heave.”

Certainly, the Cold Lake problems would appear to bear that out. Tobin said the same steam that’s pumped in to increase pressure underground, loosen up the bitumen and make it flow more smoothly remains underground for “a long time. The only way to release that pressure is for it to naturally dissipate and that takes time, so the fact that it’s still bringing bitumen to the surface is expected.”

In its most recent update in April 2015 on the leaks, CNRL said it has contained the surface leaks and fully cleaned up all the flow to surface sites. The company noted that the fissures are covered with containment structures and a bitumen collection system is in place.

The AER has good reason to be methodical about issuing a report. For in situ oil sands mining, cyclical steam simulation is the most common and economical way to recover oil that’s too deep for open pit mining.

CNRL estimates 80 per cent of oil sands can be recovered using in situ methods.

Any attempts to regulate the process would certainly spark an outcry from the oil producers.

But Timoney and Lee noted in their report “High pressure cyclic steam stimulation methods may be leading to degradative changes in the quality of the groundwater and the integrity and containment of bitumen reservoirs and may be placing adjacent ecosystems at risk bitumen releases that are difficult to control.”

[url=http://www.karmahologram.com/images/mail.asp?p=94]Getropin Side Effects[/url]
Create palm durability. Contracting a golf golf ball is not only a wonderful way to reduce stress, it will also build up the energy up to you. This is certainly important for individuals marathon game playing classes that can leave both hands cramped and sore. Getting more fingers strength also will give you higher manage, giving you an edge in all your video games.
[url=http://www.dmermer.com.tr/img/icons/tabs/list.php?num=121.html]Hgh Kapseln Bestellen[/url]
Get an attention together with your kids and their video video gaming. The easiest method to keep your youngsters secure is to be concerned. The newest games are enjoyed on the web with other end users. Keep the game system in the frequent portion of the house. Like that the kids may be observed while playing.
[url=http://www.acunhukuk.com/css/event.asp?int=432-igtropin-price-in-india-b... price in india[/url]
When you are an avid gamer, check out the shopping center and look for stores which market video games which can be used. This can give you a big discount of occasionally 50-75Percent of your original cost, which may enable you to purchase a greater percentage of games during the duration of the entire year.
[url=http://www.adakuleresidence.com/database/state.asp?o=161-Getropin-Result... Results[/url]