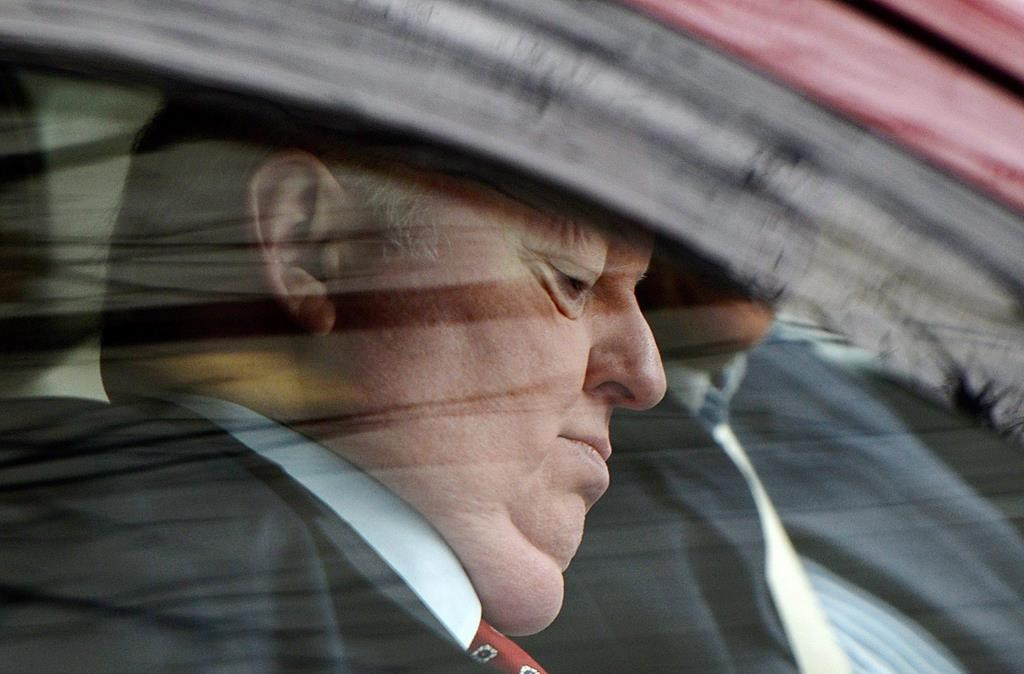 OTTAWA — An allegation made by the Crown in the earliest hours of Sen. Mike Duffy's trial appears to be on shaky ground following the testimony of a pair of the prosecution's own witnesses.

Crown attorney Mark Holmes said in his opening statement last month that Duffy and his wife had travelled on the public purse in July 2010 to meet with then-MP Dean Del Mastro and go to a dog show in Peterborough, Ont.

"They arrange to acquire a puppy and drive home. That is portrayed as public business," Holmes said on April 7.

"It's in effect a shopping trip."

That particular travel claim earned Duffy a breach of trust and fraud charge — two of the 31 charges to which the suspended senator has pleaded not guilty.

But two of the witnesses subpoenaed by the Crown to talk about the Peterborough travel did not directly corroborate the "shopping trip" part of the allegation.

First, dog show organizer Louise Lang said that she had exchanged niceties with Duffy and his wife Heather at the dog show, but beyond that did not know what they had been up to.

On Wednesday, the court heard from former dog breeder Barbara Thompson, on the phone from New Brunswick. Thompson said that the Duffys had purchased a kerry blue terrier from her in January 2011, after coming to see the puppy the previous November.

"Heather and Mike Duffy never, ever got a dog from you at the Peterborough dog show?" asked defence lawyer Donald Bayne.

"No they didn't," responded Thompson.

"And you never, ever met them at Peterborough dog show?"

Thompson made a vague reference to Duffy perhaps having met with a Quebec dog breeder in Peterborough, but she herself was not there.

Duffy's Senate travel was expected to consume most of Wednesday afternoon's proceedings, with Conservative whip John Duncan scheduled to appear. Duffy attended an event in Duncan's riding in the summer of 2009.

The court also heard Wednesday morning from broadcaster and columnist Ezra Levant, who said he wrote two or three non-partisan speeches for Duffy.

Some of the 31 charges are linked to $65,000 in contracts Duffy arranged with companies owned by an Ottawa friend, Gerald Donohue. Those companies, in turn, sent payments for services to other individuals, including Levant.

The former Sun News host said he has known Duffy for 20 to 25 years and that although he was friendly with the "gregarious fellow," he wouldn't call them friends.

Levant said he was a "jack of all trades" between the closure of the Western Standard news magazine in 2007 and the launch of Sun News in 2011. His work included writing speeches for conservative politicians.

He testified by phone that he had been paid $2,100 each for two Duffy speeches in 2010 and 2011. Judge Charles Vaillancourt heard that the payments were made through Donohue's firms, Maple Ridge Media and Ottawa ICF, rather than through a direct Senate contract.

Duffy's defence in this area is rooted in the argument that although the invoicing and payment of these services was unorthodox, it was not criminal and Duffy derived no personal gain.

"No suggestion by Sen. Duffy that the payment form had to be kept quiet or secret or that there was anything suspicious about it?" defence lawyer Donald Bayne asked.

Bayne also sought to emphasize through Levant that the speeches were legitimate public business, another core element of the defence.

One speech on responsible government was written for an event in Prince Edward Island and another involved the history and traditions of the RCMP.

"To me, they were very much public policy events and non-partisan,"Levant said. "They were not 'rah-rah Conservative' or 'boo Liberal.'

"They were all on public interest and policy, which is what I was hired to do, by other senators as well."