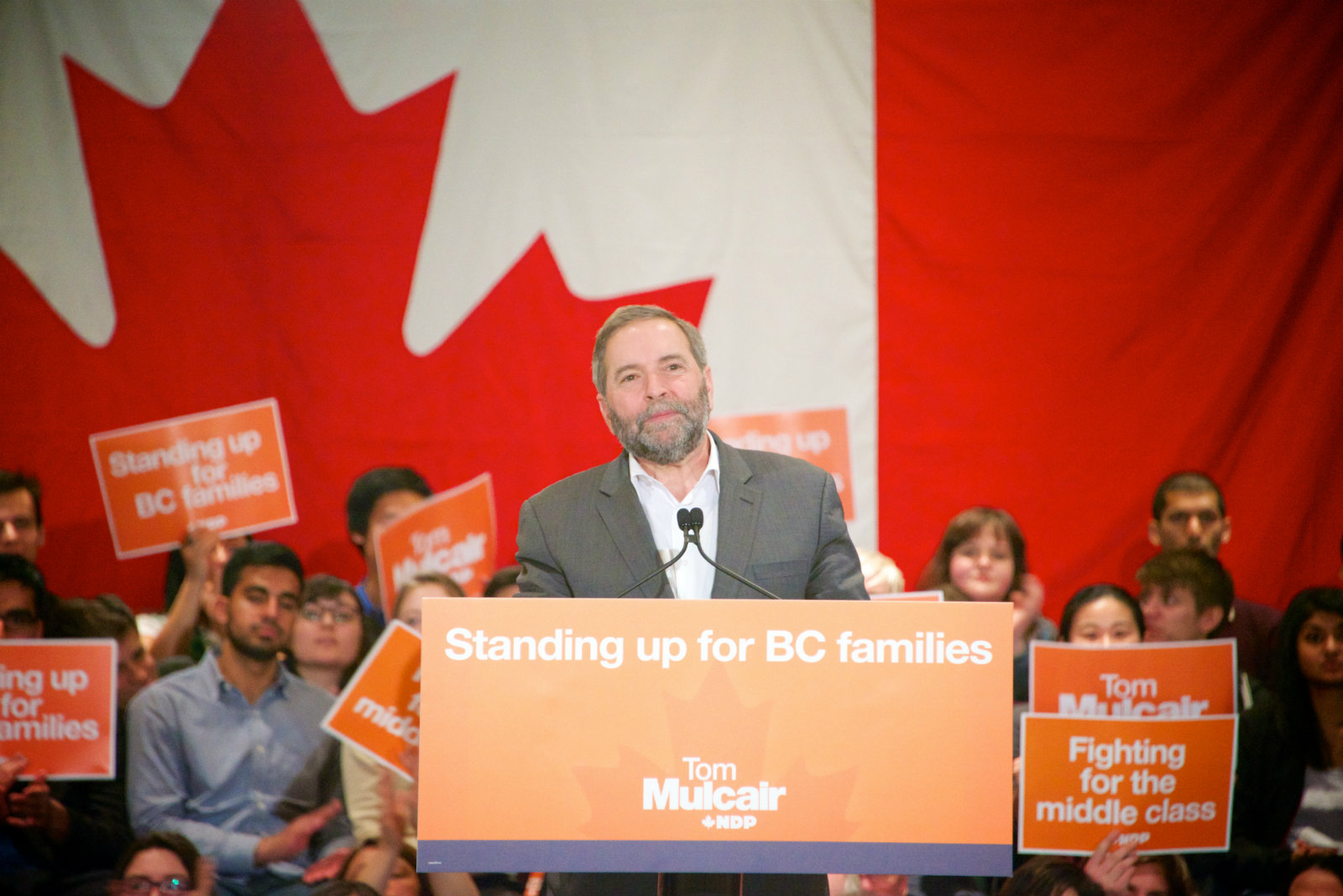 OTTAWA — The federal New Democrats are trying to get a boost from the flash of orange momentum in Alberta, where their provincial cousins have pulled off a stunning election victory.

The federal NDP invited news cameras into its caucus chamber this morning to film chanting, singing MPs in an attempt to signal that the Alberta win was in the name of all New Democrats.

In fact, Rachel Notley, Alberta's new premier-designate, took pains during the campaign to distance herself from federal counterpart Tom Mulcair.

When PC rival Jim Prentice made mention of Mulcair's opposition to pipelines, Notley insisted she had not spoken with him for months.

That didn't stop Mulcair from trying to blur the lines that separate the two parties.

In a short speech to his caucus today, a grinning Mulcair said doubters never thought the NDP could win in places like Alberta or Quebec, where the federal party captured more than 50 seats in 2011.

Mulcair is also painting the Alberta victory as a sign that change is underway across Canada.

Nathan Cullen, the NDP House leader, said the Alberta election indicates the growing strength of the NDP "ground game" in the province.

"You watched the turnout: The young people coming out, the diverse group, people who voted Progressive Conservative, who voted for different parties over time, were showing up in huge numbers," Cullen said.

"We're still going through the data and we will for weeks to come, but it's just an impressive turnout."