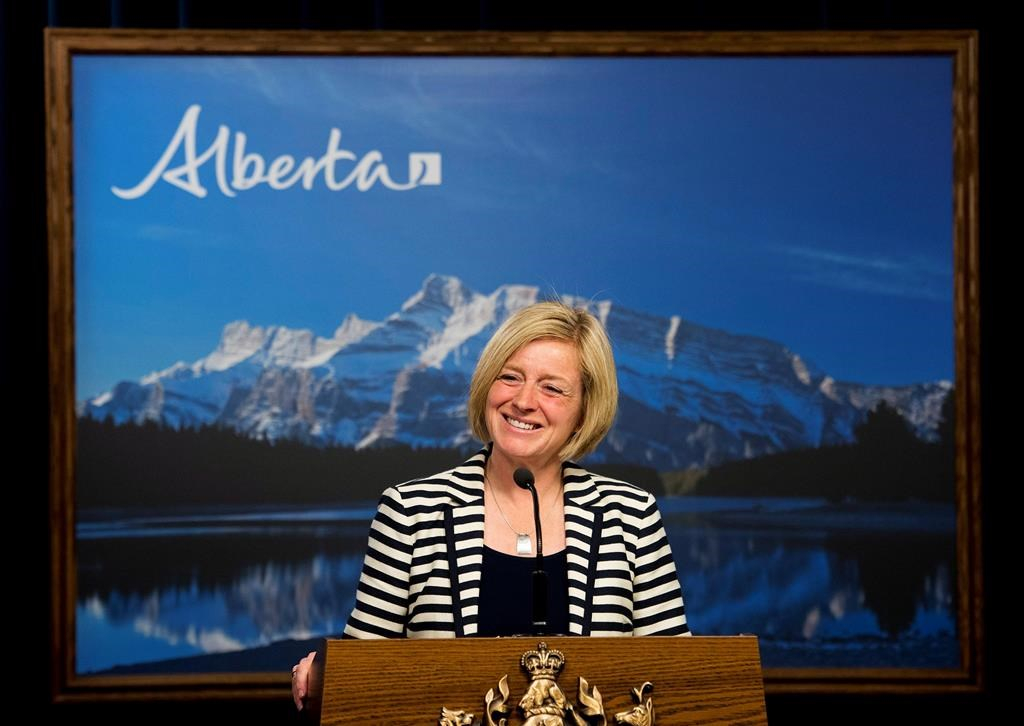 Looking back, it seems so clear. There was a vacuum created by an aged, bankrupt and increasingly unpopular Tory government, nature and politics abhor a vacuum. Something had to fill it.

But why the NDP? How could a province go from right to left so convincingly?

When dictatorships, whether benevolent or malevolent, crumble, they do so at once and in a great heap. At first it seemed so puzzling that the NDP filled that vacuum but in retrospect, it's understandable considering that there was no one else, and they only needed 40 per cent to win the whole caboodle.

There are some very interesting potential consequences here.

Has the Wildrose Party become the 2015 version of the old Social Credit Party?

The latter became, as time went on, a party for Alberta more than philosophy, just as the eponymous party in British Columbia had become a BC First party that hadn't the faintest idea of what Major Douglas and Social Credit were all about. With the Tory collapse, the Wildrose Party has become a viable option for those opposed to the NDP, will survive and in due course prosper - remarkable when you think that last December they appeared to have self immolated.

Of greater interest, to me at any rate, is the impact, if any, this will have on B.C. That, I think, depends upon one man, John Horgan, leader of the NDP.

It is a new ballgame for the oil sands and fossil fuels in general in Alberta. The NDP aren't really an oil sands sort of party. They can't subsidize oil companies in any way since that's what hurt the Conservatives so badly. Moreover, they've promised to increase taxes on the companies so will likely adopt a "wait and see" policy, hoping that oil prices rise and take care of the problem. They probably won't.

Now, bear with me, and watch the bouncing ball.

Last November the BC NDP announced it would support Christy Clark's fiscal policy regarding LNG. This was political madness, because it put the NDP — whether they realized it or not — in a position of supporting the government's LNG policy in total. After all, if you support the tax on a product, how can you oppose the manufacture and sale of that product?

As matters have progressed, we've seen the Clark-Coleman flying circus make idiots of themselves worldwide over LNG and learned that their showcase project, Woodfibre LNG is a run by a gentleman of dubious repute and that, by even the most conservative guidelines, LNG tanker traffic is grossly unsafe for Howe Sound. Clearly, these chickens will be home to roost in plenty of time for the next election.

Last week, Mr. Horgan announced that the NDP could no longer support the Liberal fiscal policy towards the LNG industry. The next logical step would have Horgan saying, "I have read in the Vancouver Observer that Woodfibre LNG is run by a tax evader and that all expert opinion is that LNG tanker traffic is demonstrably unsafe for Howe Sound. We, of course, didn't know all that last November when we supported the government, so it's back to square one and all options with respect to LNG are open."

If Mr. Horgan doesn't do this, the road remains clear for the Green Party, which doesn't have the self-imposed constraints of the NDP, but has the increasing political presence to exploit Ms. Clark's mistakes.

All of this depends, of course, upon LNG remaining a big issue in 2017 and all indications are it will be. There'll be no "Prosperity Fund", we won't be out of debt which will be soaring. The question then, is who takes advantage of this, the Greens or the NDP.

What has all this to do with last night's election?

While the issues in Alberta differ completely from those in British Columbia, a victory by a minority party in an adjacent province is bound to be nectar from the gods. How can it help but inspire people who don't like the Liberals to turn to the BC NDP if, in fact, it presents a viable option and has profited, if only psychologically, by their sister party whomping the capitalists right next door?

The putative premier of Alberta, Ms. Rachel Notley, has pulled off a near miracle, and has in the tradition of Jack Layton made the NDP acceptable to all but the far right. She has given hope to the NDP and their supporters in British Columbia.

It now remains to be seen if Mr. Horgan has received and understood this message.