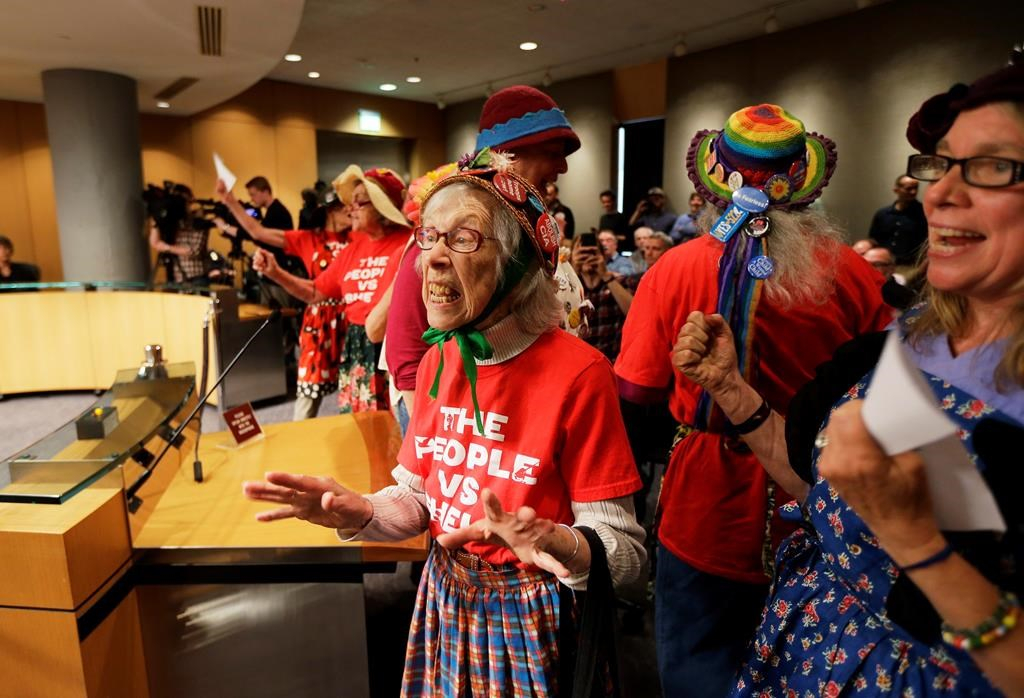 SEATTLE — Royal Dutch Shell says it has a valid lease for Seattle terminal space and a tight timeline to prepare its fleet for exploratory oil drilling in Arctic waters so it plans to move its drill rigs to this city despite the protests of activists and a port commission request that it wait.

About a dozen activists in kayaks met one of the two drill rigs as the 514-foot-long Noble Discoverer arrived Tuesday evening in Everett, north of here, on its way to Seattle.

A second drill rig, the 400-foot-long Polar Pioneer, has been parked in Port Angeles, on the Olympic Peninsula, but is expected to arrive in Seattle later this week. That event is expected to draw larger protests.

Shell's plans for exploratory drilling in the Chukchi Sea northwest of Alaska this summer cleared a major hurdle on Monday, when the federal Bureau of Ocean Energy Management approved the company's plan after reviewing thousands of comments from the public, Alaska Native organizations, and state and federal agencies.

Shell must still obtain other permits from state and federal agencies, and opponents said they aren't giving up. They focused their attention Tuesday on the Port of Seattle's decision earlier this year to grant a two-year, $13 million lease for terminal space to Foss Maritime, a local company that's working with Shell to prepare its fleet for heading up to the Arctic.

The city of Seattle has said the use of the terminal as a base for drill rigs isn't allowed under the port's current land-use permit, which is for cargo operations.

Foss said it will appeal that determination and forge ahead with its plans in the meantime. On Tuesday, the Port of Seattle Commission voted to appeal as well, while it also voted to ask Foss to ask Shell to delay any moorage of oil exploration vessels pending further legal review.

The port commission wants to appeal the city's interpretation of cargo use at the terminal.

Seattle Mayor Ed Murray said Tuesday evening in a statement that "I now hope Shell will respect the wishes of the Port, the City and the community at large, and not bring an offshore drilling rig into Elliott Bay."

A Shell spokesman said time is of the essence and the company's plans are unchanged.

"We understand the Port Commission's request for more time," Shell spokesman Curtis Smith said in an email, "but given the short windows in which we have to work in the Arctic, and our shared view that Shell's lease and the supporting contract with Foss is valid, we have made the decision to utilize Terminal 5 under the terms originally agreed upon by the parties involved - including the Port of Seattle.

"Rig movement will commence in the days to come."

Foss was adamant as well.

Company president Paul Stevens said the port commission knew full well what activities would be occurring at the terminal when it granted the lease.

"We're going to proceed," he said.

Activists who don't want Shell to drill for oil in the Arctic turned out at the nearly five-hour port commission meeting Tuesday.

"Drilling for oil in the precious Arctic is not on the right side of history," declared Richard Hodgin, a drilling opponent from Seattle.

The meeting drew a wide range of voices, including several people who travelled from Alaska. Representatives of Alaska Native corporations argued that the environmentalists opposing the drilling don't understand the economic needs of Alaska's Natives.

John Hopson, mayor of Wainwright, Alaska, a community of Inupiat whalers, said he travelled two days to speak for his allotted two minutes.

Labour groups representing workers at the Port of Seattle noted the 400-plus jobs the Foss lease has already brought to the city, while opponents argued that there are no resources available to respond to a major spill in the Chukchi Sea.