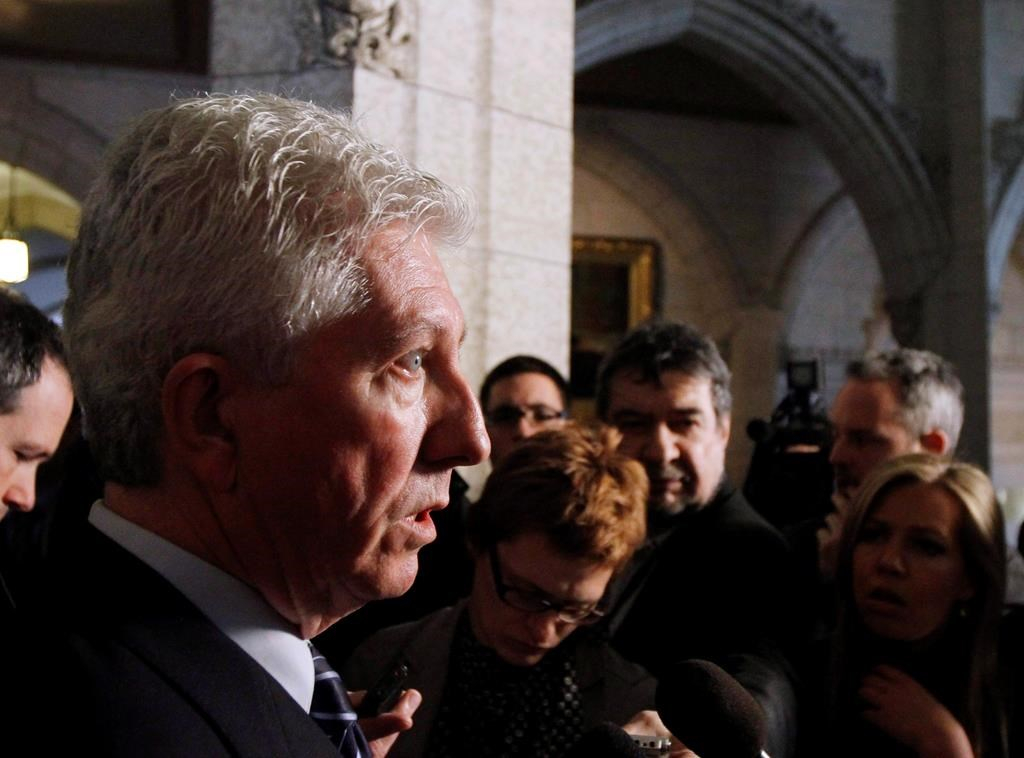 The Bloc Quebecois is turning to a familiar face to lead it into this fall's federal election in a bid to revive its flailing political fortunes.

Gilles Duceppe is returning as leader of the Bloc, reprising a role he held for 14 years before the sovereigntist party was nearly wiped off the electoral map in 2011.

A source told The Canadian Press on Tuesday that Mario Beaulieu, the current leader, will remain in the fold as party president.

The Bloc has called a news conference for Wednesday morning in Montreal that Duceppe and Beaulieu are both scheduled to attend.

Currently, the Bloc has only two MPs out of 75 in Quebec and has been rife with division since Beaulieu's election as leader in 2014.

One of them, longtime MP Louis Plamondon, wouldn't confirm any details Tuesday, only offering up a cryptic comment that there were "still some negotiations taking place" and that all would be confirmed Wednesday.

Plamondon said he has high hopes for the 2015 campaign.

"The ridings were winnable with Mr. Beaulieu, but with Mr. Duceppe, it would be a plus," Plamondon said. "He (Duceppe) is the one who is best known at the federal level, the one with the most experience."

Plamondon added the Bloc can also count on help during the fall campaign from the Pierre Karl Peladeau-led Parti Quebecois.

The party won just four seats in 2011 as Jack Layton's NDP roared through the province. The casualties included Duceppe, who lost the Montreal riding he had held since winning a byelection in 1990.

Following Beaulieu's leadership win last summer, the sovereigntist party has been in disarray.

Beaulieu has forged ahead on a sovereignty-first platform despite polls suggesting a waning appetite for the option.

He has also been subject to criticism from within his own ranks as Jean-Francois Fortin and Andre Bellavance quit the party, citing personality conflicts with Beaulieu. The party's vice-president followed suit at the end of 2014.

Only Plamondon is seeking re-election. Claude Patry, elected under the NDP banner before crossing over to the Bloc, won't run again.

Beaulieu was also critical of past Bloc leaders, accusing them in his first speech as leader of having a defeatist attitude toward sovereignty.

It led to a falling-out between Duceppe and Beaulieu after the latter said it was time to put an end to what he called 20 years of employing a go-slow approach to independence.

A social media statement Monday from Beaulieu confirmed a thaw in the once-frosty relationship.

Beaulieu, a hardline sovereigntist who was previously head of the Societe Saint-Jean-Baptiste de Montreal, announced via Facebook that Duceppe had accepted an offer to work alongside him during the election campaign in an undefined role.

Former PQ premier Bernard Landry said reconciliation between the two and a change at the top bodes well for the sovereignty movement.

Landry said given the polls, Beaulieu will be making the right decision by putting the interest of the movement ahead of his own.

"I think the friendship between them, and (the fact) Beaulieu is getting out and Duceppe coming in is good news for the sovereigntist movement and the independence movement," he said.

A Bloc statement regarding Wednesday's news conference said neither man would comment Tuesday out of respect for the funeral of former Quebec premier Jacques Parizeau.

"For now we will concentrate on mourning Mr. Parizeau and tomorrow we'll talk about it more," Beaulieu told reporters.

Duceppe received a huge ovation from the crowd of mourners as he arrived at a Montreal church to pay his respects.