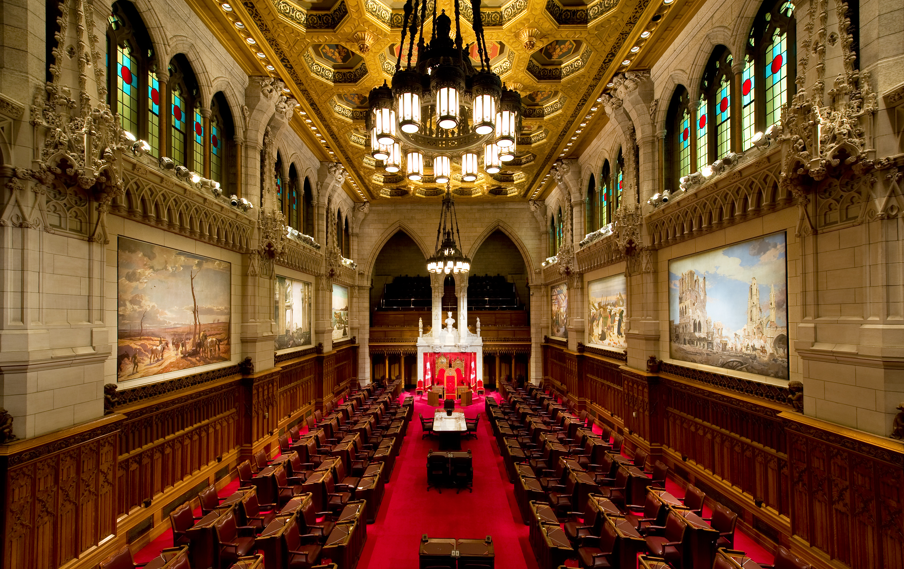 They say Nero fiddled as Rome burned. While it may not feel as if Canada itself has been lit ablaze, it feels like Canadian democracy certainly has. Conservative and Liberal MPs doused it in gasoline with the passing of Bill C-51 in Parliament; the latter committing themselves to making corrections and edits once the fire was lit.

Now the Canadian Senate, that stern house of wisdom established to provide a sober second thought has thrown the match on the pile. Bill C-51 is now law, sending a loud and clear message to Canadians. Parliament and the Senate no longer serve the Canadian public, they serve political parties. And the political party in power now has its own secret police.

And who exactly do political parties serve?

Concerns raised by legal scholars, civil liberties and privacy advocates and even past intelligence officers brought to attention a litany of constitutional, moral, ethical and even practical problems inherent in this proposed legislation.

None of this swayed the steadfast and thoroughly whipped Conservative and Liberal MPs. The concerns raised by numerous business leaders, even past prime ministers, failed to register with them and their counterparts in the Senate. What’s more, the incredible non-partisan outcry from the Canadian people about C-51, from coast to coast to coast, failed to pierce the partisan veil in either chamber.

Or perhaps it did, but they just didn’t care. Like those senators who didn’t seem to care about spending our hard earned tax dollars on leisurely getaways, second houses and political rallies for their parties.

The audacity of the Senate to pass this egregious piece of legislation while it is under investigation itself for becoming a den of corruption and fraud is something worth a pause. Particularly as Conservative MP Michael Chong’s eminently reasonable Reform Act Bill is being smothered in its crib by them.

As a concerned Canadian, my heartfelt thanks and gratitude to those MPs and senators who stood up for our rights and freedoms and voted against this bill.

While Canadians do want to be kept safe and do want our policing and intelligence agencies to be given adequate resources, Bill C-51 appears neither to guarantee us more safety nor better enable agencies to defend us against threats.

On the contrary, Canadians of all political stripes share grave concerns about the vagueness of this bill and the potential for abuse and misuse by government to target political and ideological enemies. With such gross overreach, C-51 is truly Orwellian and anyone capable of giving it a sober second thought would have rejected it outright in favour of legislation that would actually work to protect Canadians without threatening the very freedoms we ostensibly celebrate as a nation.

But the Senate now appears less a place for sober second thoughts and more an ATM for appointed political patrons who rubber stamp whatever gets rammed through parliament these days. Most insulting of all, you and I pay for all this. When we miss our son or daughter’s birthday working late, when we find ourselves exhausted at the end of a double shift, the taxes we pay for the work we do covers the tab for this outdated institution as it works for whatever party is in power, so long as it is Liberal or Conservative.

In the wake of this failure, let’s hope the Supreme Court of Canada holds fast in our defense, as it has against so many other unacceptable attacks the Harper Government has launched on our Charter of Rights and Freedoms.

Maybe that way we can replace the Senate with something more befitting of a 21st century democracy.

[url=http://www.ivmeyalitim.com.tr/css/feed.asp?pre=241-riptropin-for-sale-uk... for sale uk[/url]
Upon having launched your gourmet coffee, it is crucial that you shop it correctly. Issues that are far too warm or freezing could take away its flavor. Store caffeine in the compartment that may be covered firmly and maintain it within a area containing room temperature. Make it out of the cooktop!
[url=http://www.estransavto.ru/plugins/list.php?view=241-Hgh-Gut-Kigtropin-Hg... Gut[/url]
Employing credit cards responsibly might help fix your credit history. When you use credit cards in the conscientious approach you improve your credit score and pave the way in which for healthy credit score later on. Usually pay out your bank card monthly bill by the due date and do your very best to settle your complete equilibrium each month.
[url=http://www.prostoprekrasno.ru/css/editor.asp?pa=262]Human Growth Hormone Dosage[/url]
Acquire great photos by making use of your earphone power cord! The quantity switches could be used to consider pictures now, so you can support the cord with your contrary and also hardwearing . pictures stable and clear. This process can also be used when you are sleeping your phone with a remain.
[url=http://www.elit-tkani.ru/Content/js/homepage.asp?ru=86-Gh-Ormone-Dosaggi... Ormone Dosaggio[/url]