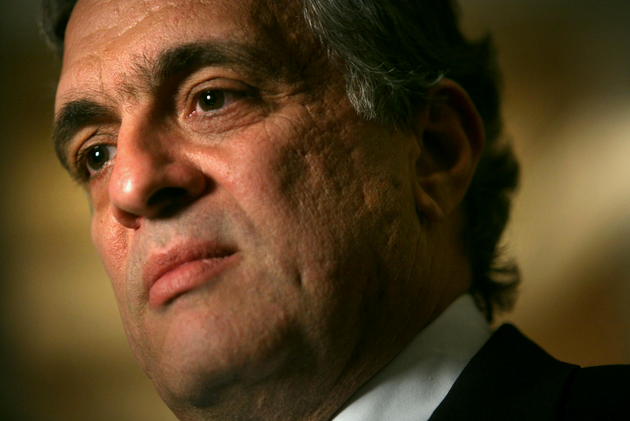 Newly declassified CIA documents tell more of the story of spy versus spy with former-CIA Director George Tenet at the centre of mistakes with an historic, tragic end.

According to a trove of documents declassified by the CIA on June 12, al-Qa’ida’s operational activity in the United States and Canada was greater than previously thought leading up to the 9/11 attacks on the World Trade Center and the Pentagon, with Tenet's leadership blamed for much bad judgement.

The CIA report details how tension between the CIA and FBI hindered counter-terrorism investigations, and how intelligence agencies repeatedly failed to put future 9/11 hijackers on a watch list.

It describes an often-vicious conflict between George Tenet’s CIA and the FBI before 9/11, as well as the spy agency’s difficulties in gathering Human Intelligence (HUMINT) and mounting a covert strike to capture or kill bin Laden, after his organization bombed US embassies in East Africa and attacked the USS Cole in 2000.

“The key pre-9/11 CIA-FBI relationship with respect to al-Qa’ida, that between UBL (Usama Bin Laden) station and the FBI’s New York Field Office (the Bureau’s office of origin or office with responsibility for al-Qa’ida), was troubled at best and dysfunctional at worst,” states the documents.

One CIA member told the investigating team that an FBI representative from the Bureau’s New York Field Office was there to spy on behalf of his chief, who did not trust the UBL station.

The FBI representative, in turn, told investigators that he was mistrusted as New York’s ‘spy’ and felt like an outcast, saying: “…many of his supervisors and peers did, in fact, characterize him that way."

Many of those interviewed said that the worst animosity occurred in a crucial period between 1997 and 1999, after which attempts were made to mend fences, with little success.

The report notes that the CIA’s UBL station had a smoother relationship with FBI Headquarters’ counter-terrorism office, but those interviewed said that supposedly monthly meetings were erratic at best.

Lack of cooperation despite stepping up effort to investigate bin Laden

But on Dec. 24 1998, then-CIA chief George Tenet called in a memo for “a new phase in our effort against bin Ladin,” urging that efforts against al-Qa’ida’s chief be stepped up dramatically.

“We need an integrated plan which captures these elements and others which may be appropriate. This plan must be fully co-ordinated with the FBI,” said Tenet in his memo.

But co-operation between the CIA and other agencies remained inadequate. On at least three occasions from January 2000 – August 2001, agencies “failed to recommend future 9/11 hijackers Nawaf al-Hazmi and Khalid al-Mihdhar for watchlisting.”

“…the Director of Central Intelligence (DCI) acknowledged in his testimony that [the] CIA was not sufficiently focused on advising the State Department to watchlist all terrorist operatives, attributing this to uneven practices, bad training, and a lack of redundancy,” the report states.

Regarding the gathering of HUMINT, it was noted that al-Qa’ida was a tough nut for CIA agents to crack, as bin Laden had a close-knit inner circle whose bonds were forged in war and enjoyed long-term association. Many in his group lived in Afghanistan at a time when the country was wracked by civil war and the United States was hobbled by its lack of official presence.

In addition, information regarding major terrorist plots was not widely shared within al-Qa’ida. This left only Pakistan as the major access route for the US to al-Qaeda’s operating zone in southern Afghanistan, but American-Pakistani relations were frosty prior to 9/11.

Despite these obstacles, the CIA had a HUMINT network of sorts in Afghanistan reporting on bin Laden’s activities, such as relations with the Taliban government sheltering his network and his other movements. However, they had no access to his inner circle.

“CTC officers were extremely committed and did their best, but HUMINT operations were of only limited effectiveness against the hard al-Qa’ida and UBL targets," the report said.

One potential candidate who could have helped the CIA bypass unreliable tribal assets and capture bin Laden was Afghan warlord Ahmad Shah Masood, whose army fought against the Taliban in the 1990s civil war. The report described Masood as having "unique virtues as an ally of the United States against bin Ladin" and noted he was the "last leader opposed to the Taliban" who had already controlled significant territory within Afghanistan.

But by 1998, Masood had been forced out of Kabul and had retreated north to his old Panjshir Valley stronghold in the Hindu Kush Mountains. Panjshir was far from bin Laden’s area of movement and Masood himself was fighting for his own survival against the Taliban, leaving him little time to monitor bin Laden.

Helicopters came up repeatedly as a problem the CIA had in liaising with Masood. "The poor quality of Masood's also complicated CTC's ability to coordinate with him and evaluate his activities," the report said, in reference to his Russian-made Mi-17 helicopters, used to traverse Afghanistan's mountain terrain.

After one of these helicopters crashed in 2000, authorities put a temporary halt on helicopter visits to the area, and the report said "many months" were spent trying to procure replacement helicopters.

A number of CIA-CTC officers interviewed by investigators felt that the ban on using Masood’s helicopters had "doomed" the Agency’s attempt to help him.

“All efforts to strengthen Masood came to a sudden end before he had accomplished any notable covert actions that were a serious threat to bin Ladin. On the morning of 9 September 2001, two Arabs posing as journalists met with Masood. While Masood was greeting them, one of the Arabs detonated a bomb hidden in his clothing, mortally injuring Masood,” states the documents.

But the documents also state that Masood was a "largely spent force" and had "limited" capability to spy on bin Laden independently, concluding that there was "no sound basis" in challenging the decisions made at the time.

The report also states the CIA's problems in carrying out out a covert operation aimed at neutralizing bin Laden in 1998 after al Qa-ida’s attacks against US embassies in Kenya and Tanzania.

The CIA had previously used tribal assets in southern Afghanistan to snatch Mir Aimal Kansi, who had killed CIA agents in front of their Langley, Virginia headquarters in 1993, but they were unable to provide the intelligence needed for the US to carry out a successful attack on bin Laden’s location.

Such assets were a major factor in forcing the US to call off a planned rendition of bin Laden from his Tarnak Farm compound in spring 1998, just months before the embassy attacks in East Africa.

The operation was postponed to June 15, but bin Laden abruptly vanished 20 days prior.

“The assets’ weaknesses were manifest in an apparent lack of capability or an unwillingness to carry out US plans and in an absence of asset death for both reporting and action,” according to the documents.

According to a June 12 Vice News report, the CIA declassified its documents just before the weekend in a bid to minimize media coverage.

The document declassification comes at a time when the Obama White House is considering the release of a further 28 redacted pages from a Congressional Investigation into the 9/11 attacks that are said to detail Saudi government support for al-Qaeda.

In his 2003 book Dude, Where’s My Country?, bestselling author and activist Michael Moore alleged that the hijackers could have only received training for their terrorist mission from an air force, likely that of Saudi Arabia.

While the section on Saudi Arabia is heavily redacted, the document stated that there was no “reliable reporting confirming Saudi government with and financial support for terrorism prior to 9/11, although a few also speculated that dissident sympathizers within the government may have aided al-Qa’ida.”

The document also cites a January 1999 report from the Directorate of Intelligence, which stated that some Saudi government officials may have supported bin Laden, but that such reporting was “too sparse to determine with accuracy.”

The declassified documents, written in June 2005, form the Office of the Inspector General report on Central Intelligence Agency accountability regarding findings and conclusions of the report of the Joint Inquiry into Intelligence Community activities before and after the terrorist attacks of September 11, 2001.