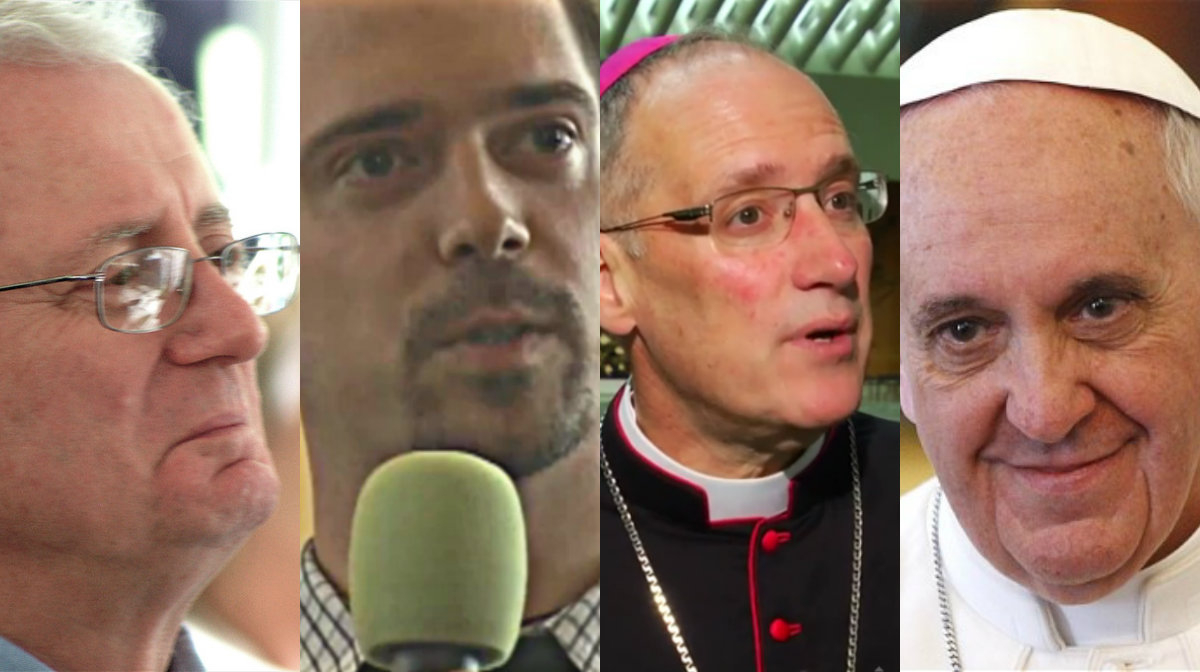 Jesuit Father Gregory Kennedy, the author of An Ontology of Trash, said Pope Francis's strong language in his leaked climate-change encyclical should spur Canadians to reflect on their government’s policies. His words echoed those of faith leaders across Canada, who in interviews with the National Observer rallied around the Pope’s much-anticipated statement on global warming.

“We have to unveil the lie that Canada's well-being relies solely on relentless resource extraction,” said Kennedy in an interview on Tuesday.

In the encyclical, leaked early this week to an Italian magazine, Pope Francis calls on people to change the way they live in order to halt the “unprecedented destruction of the ecosystem," and clearly links human activity to climate change.

Numerous scientific studies indicate that the greater part of the global warming in recent decades is due to the great concentration of greenhouse gases … given off above all because of human activity.

The encyclical also condemns "throw-away" consumer culture, saying "enormous consumption in some rich countries has repercussions in some of the poorest places on Earth."

Paul-Andre Durocher, Archbishop of Gatineau, expressed the hope that Pope Francis would trigger “deeper conversations” internationally on ecological destruction. Much more than simple natural beauty, he said, was at stake in the fight to preserve the environment.

“It’s not just aesthetic quality of beautiful landscapes and wonderful natural preserves that we go and visit once in a while, it’s a question of degradation of our habitat that is having a greater and greater negative impact, particularly on the poorest among us,” Durocher, who is also president of the Canadian Conference of Catholic Bishops, said.

According to Durocher, the Pope’s words were a culmination of Church thought over several decades, beginning with Pope John Paul II and continuing on through Pope Benedict—with the pontiff’s current encyclical bringing many Catholic reflections into a single statement.

Kennedy said that Canada's dependence on oil and gas is not only harmful for the environment, but is causing economic instability due to fluctuating oil prices.

Kennedy compared humankind’s reconciliation with nature to the peace process currently underway between the Colombian government and Revolutionary Armed Forces of Columbia (FARC) after decades of war.

“The harm done on both sides is so grave that quick and easy harmony is impossible. So, too, with ecological reconciliation. It must be the work of all and the will of all," Kennedy said.

Anne-Marie Jackson, director of the Toronto-based Jesuit Forum for Social Faith and Justice, said the encyclical should prompt Canadians in the faith community to fast, strong action.

“The tar sands produce three times as much CO2 as the rest of Canada and six times as much as Europe,” Jackson said. "It’s serious."

A garden of hope— and environmental justice

"One thing I read that I found just beautiful was that for an Ecological Conversion, we need community conversion. We need to work as a community. We can’t do it as simple individuals."

According to Levesque, another element that is "really, really new," and that has not been stated by any pontiff to date, is the imperative "to love creation, love creatures, and to live out a universal fraternity.”

Levesque adds that Pope Francis, an Argentinian from the "global south" that is most affected by climate change, has the freedom to criticize what many feel is an unjust economic system that leads to climate change.

“I believe [Pope Francis] is trying to bring a final word to the unending and unnecessary debate on climate change. As one of the world leaders he has huge influence,” said Levesque.

He also noted that the encyclical offered a powerful “critique of the egotistical aspect of today’s economy,” saying that the Pontiff condemned consumer culture as a major cause of ecological destruction.

“We need an economy that puts human dignity and the value of nature first,” said Levesque.

Paul C. Burns, a professor at Vancouver’s St. Mark’s College, said that papal concern for environmental well-being links to Biblical images of the Garden of Eden— where all creatures lived in harmony before Adam and Eve’s original sin— as well as to the garden prophesied by Isaiah, where all creation would be reconciled.

According to Burns, the Pope’s concern for both ecological and social justice could be viewed through Biblical images of the garden where “the wolf will play with the lamb.”

“I’d say for all Christians, including Catholics, caring for the environment is being faithful to the Gospel and to Christ," commented Levesque. "For other people all over the world it’s to work together for the common good."

Burns said that global warming was a crisis already hitting people in the global south hardest. The Union of Concerned Scientists confirms his assessment, noting that rising sea levels are threatening small island nations such as the Maldives, which is the flattest country on Earth.

The Pope warns that humanity must undertake "changes in lifestyle and changes in methods of production and consumption to combat this warming."

But not every Catholic has been receptive to Pope Francis' message.

The pontiff is coming under fire from Catholic conservatives in the US, including by Republican presidential hopeful and climate change skeptic, Rick Santorum, who called on the church to 'stay out of science,' according to a June 14 Reuters article.

The Pope's warning is also likely to cause ire among hard-right conservatives in both Canada and the U.S. According to a recent Pew study, 80 per cent of Tea Party Republicans polled were skeptical about climate change.

Alex Ferguson, Vice-President of the Canadian Association of Petroleum Producers (CAPP), said he was not able to offer any direct comment or opinion on Pope Francis's encyclical on climate change.

But he stated that “Canadians, including the oil and gas industry in particular, remain very focused on the issues related to climate change."

He said that a more diverse energy supply base was needed to meet rising global demands, including conventional petroleum, unconventional crude oil and natural gas, alternative forms of energy, and greater energy efficiency across the economy.

The Harper government, meanwhile, is keeping silent on the pontiff’s environmental call to arms.

“The Pope’s encyclical is a matter for the Catholic Church. Our government is focused on implementing a responsible sector-by-sector approach to reduce emissions in a way that protects our environment, grows our economy and benefits all Canadians,” said Shane Buckingham, press secretary for environment minister Leona Aglukkaq, in an emailed statement dated June 16.

Luke Stocking, a member of the Canadian Catholic Organization for Development and Peace, said that his group would build on the encyclical’s momentum by launching a campaign this fall called ‘Create a Climate for Change,’ aimed at influencing the federal government ahead of the Conference of Parties (COP) 21 talks in Paris in late November.

Terrence Prendergast, Archbishop of Ottawa, said that the Pontiff offered “clearly designed moral framework,” to tackle climate change and ecological degradation and its effect on humanity.

“Taking the words of Ecumenical Patriarch Bartholomew, Pope Francis reminds us: ‘For human beings… to destroy the biological diversity … by causing changes in its climate …; to contaminate the earth’s waters, its land, its air, and its life – these are sins,” said Prendergast in a June 18 media release.

“The Pope adds some words of encouragement: ‘Here I want to recognize, encourage and thank all those striving in countless ways to guarantee the protecting of the home which we share. Particular appreciation is owed to those who tirelessly seek to resolve the tragic effects of environmental degradation on the lives of the world’s poorest’ (LS #13). As Archbishop of Ottawa, I encourage everyone to absorb his words, helping ensure that Gospel values serve as the basis of our daily lives.”