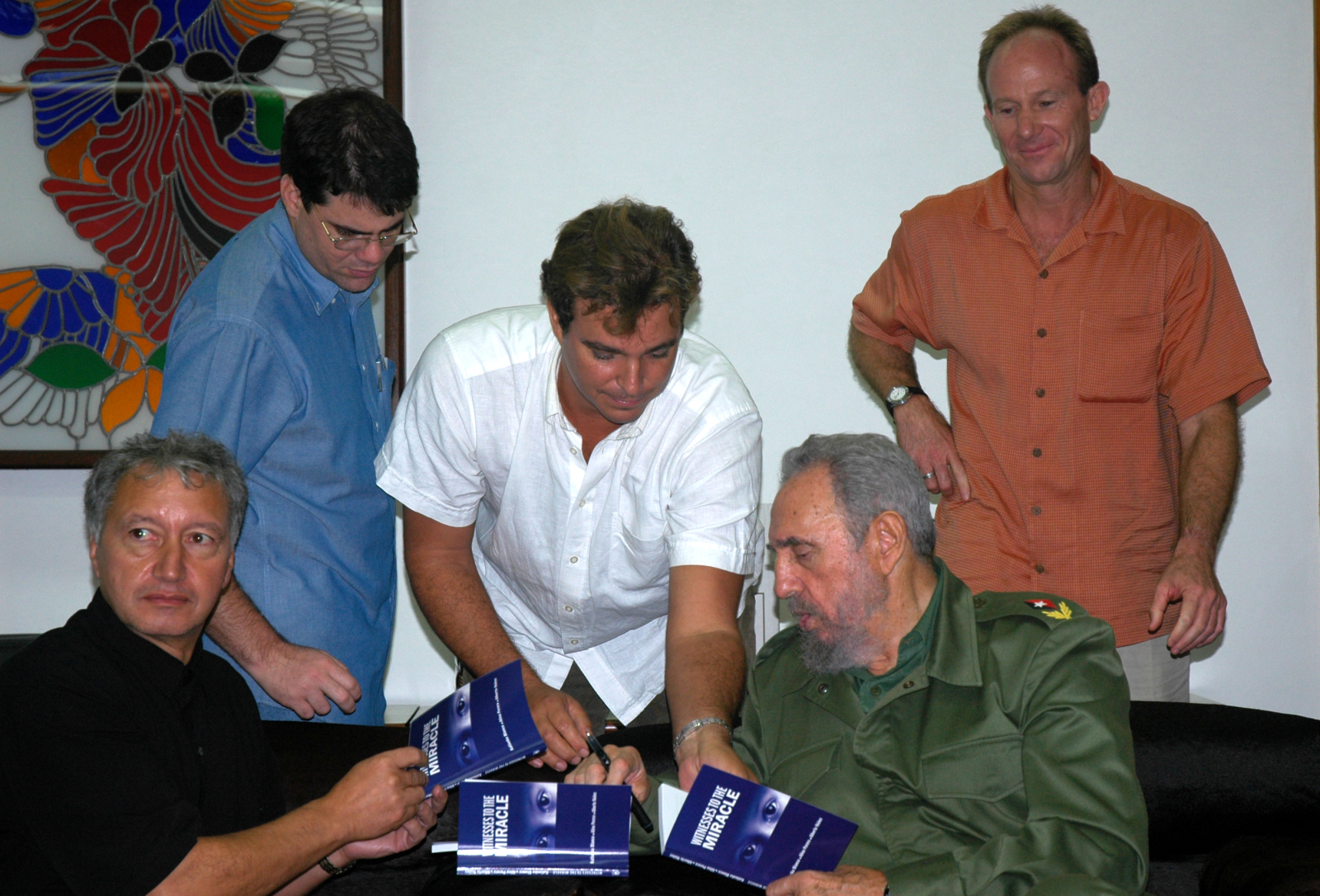 Editors' note: Dr. Brian Day rebuts Dr. Warren Bell's June 10 editorial about why the Doctors of BC election could have an impact on the future of health care in Canada. The two doctors profoundly disagree about the value of Canada's public health care system. Here's what the owner of Canada's first private health care clinic, the Cambie Surgical Center, thinks of Canada's Medical Services Plan.

“The State, in organizing security, should not stifle incentive, opportunity, responsibility; in establishing a national minimum, it should leave room and encouragement for voluntary action by each individual to provide more than that minimum for himself and his family”
—Sir William Beveridge, founder of the British National Health Service

Dr. Warren Bell’s opinion piece from June appears to have ignored the reality that patients are suffering at the hands of our current health system. His pleas that the status quo not be challenged is a sad commentary on the responsibility that doctors owe to their patients. The views he expresses are in conflict with our CMA Code of Ethics which states that when laws and regulations conflict with a physician’s responsibility to the health of their patient, or when their own ethical convictions are at variance with that responsibility, the rule is that one must consider first the well-being of the patient.

Not only ethics, but also the law has given us direction in this regard. As stated by Justice J. Spencer of the British Columbia Supreme Court who wrote in the 1994 case Law estate v Simice that “if it comes to a choice between a physician's responsibility to his or her individual patient and his or her responsibility to the medicare system overall, the former must take precedence”.

Such rulings, in part, formed the basis for arguments in the Chaoulli case which overturned prohibitive and restrictive medicare laws in Quebec.

I must make one thing clear. There are no full service private hospitals in Canada. Without such infrastructure, the private sector cannot solve the problems with our Canadian health system in a timely manner. I have never believed that it can. All of my published articles and presentations confirm that fact, and this philosophy was reinforced during my term as President of the Canadian Medical Association.

I do believe that cooperation with the private sector can bring efficiencies and accountability that will improve performance. I would hope to see our system evolve into a hybrid system along the lines we see in other countries with successful universal care. Certainly, changes are necessary and we must do better. Physicians cannot and must not justify the pain and suffering of patients condemned to access care in a timeline that the government, rather than they or their doctors, dictate is appropriate. Sadly, in Canada, the poor and underprivileged suffer the worst access and the worst outcomes. That is the opposite of what the system was supposed to work.

Contrary to the claims of Bell, Canadian Doctors for Medicare is not a “substantive organization." Its membership constitutes a small percentage of physicians. When the constitutional case gets into open court, there will be embarrassing revelations about this organization.

One of their well-known heroes is Dr. Gordon Guyatt, who wrote in the Winnipeg Free Press:

“Adverse health consequences among those waiting for care are few and far between… it is likely that there are areas of Canada in which certain patients—possibly those with cancer, heart disease—wait too long. But the complexities of the waiting list issue suggest careful study and planning before we try to solve a problem that may be much smaller than we imagine.”

Another of their supporters, Dr. Charles Wright, a former member of the Health Council of Canada told Readers’ Digest that administrators maintain waiting lists the way airlines overbook. As for urgent patients in pain, he said "the public system" will decide when their pain requires care. These are "societal decisions," he said, noting that "the individual is not able to decide rationally.”

Such sentiments portray the sad level — and arrogance — to which supporters of our current health system and the status quo have descended.

The portrayal of our clinic as a place to treat the rich is laughable. The influential and the wealthy have never had problems with accessing care. They have simply used connections or traveled abroad for the true second tier. The commonest demographic of a patient treated at our centre is a working class, unionized worker, injured on the job, and fully funded by WorkSafeBC.

Regarding the government audit of our clinics, three judges unanimously rejected the government’s request for an injunction to conduct the audit. The reason we opposed an injunction was to negate the kind of inaccurate insinuations that Bell has made. Court records confirm this fact. We had nothing to hide and the day our victory was announced in court, we volunteered to undergo the audit.

Bell also attempts to distort the facts when he writes, “30 per cent of health care costs in Canada are already paid for privately.” This statement is deliberately misleading, and refers to uninsured services. Physician and hospital services in Canada are over 98 per cent publicly funded. He might have added that it is purely an arbitrary division. Who can justify the fact that medications in Canada are not necessary, and can therefore be insured privately? European hybrid systems not only provide coverage for drugs, dentistry, physiotherapy and other essential services, but they lack the access issues that characterize our Canadian system. Lower socioeconomic groups in countries such as Belgium, Austria, Germany, Switzerland, the Netherlands, etc., (all of which allow private insurance as an option) do not have to worry that the “wealthy” will jump the queue for treatment. The reason being, there is no queue.

Bell’s comments on Commonwealth Fund rankings are incorrect and ignore the fact that the top nine ranked countries have no wait lists and operate as hybrid public-private partnerships that include private hospitals and clinics. The deliberate, and rather pathetic, attempt to divert attention to the US system, and away from those countries that do better than us will fool no one. The European Powerhouse Consumer Group rated our health system 23rd alongside 29 European countries that offer universal health care and hybrid public private systems. We ranked last in value for money.

With respect to the constitutional challenge discussed in the previous op-ed, three of the adult plaintiffs had cancer and two have died during the over six-year wait for a hearing. One of the three children is now a teenager, paralyzed for life after a 27-month wait for spinal surgery. They are the tip of an iceberg that comprises over 1 million Canadians on government wait lists. An ethical physician must advocate for quality health care that is appropriate, effective, and timely. The Supreme Court of Canada has already ruled unanimously that patients are “suffering and dying on wait lists.” They declared that “access to a wait list is not access to care.”

In 2007, a Medical Post survey of 285 physicians revealed that 57 per cent had experienced patients deteriorating, and an astounding 26 per cent had patients had died, while on a wait list. Is this a system worth preserving? In the 11 years that have passed since the first ministers boasted of their “deal for a decade” plan to fix the system, access has worsened and promises have been broken. Critics of that era were correct.

The imposition of laws that eliminate a citizen’s right to obtain private insurance or for patients to obtain timely access outside the system, when it is not available within, is the current practice and is both unethical and unlawful. Such laws do not exist in any other country on earth. They have been overturned in Quebec, and I expect they will soon experience a similar fate in B.C. They will be struck down using similar principles applied when laws that permitted racial and sexual discrimination, and others that made abortion and same sex marriage illegal, were eliminated. They violate a person’s constitutional rights to self-protection.

Regarding Bell’s description of the alleged request “to seek an out-of-court settlement”, we are the plaintiffs and could simply drop the case if we wished. We would only settle if the government revised the Act to allow BC residents the same rights under the Charter that the Supreme Court of Canada granted to Quebec residents. The longest delay in the trial is, again in contradiction to Bell, the result of the B.C. government’s failure to disclose 300,000 documents that they were legally required to provide to our lawyers.

To reiterate, the plaintiffs that Bell ignores in our case included two cancer sufferers that have now died. The 18-year-old boy, paralyzed for life after a 27 month wait for spine surgery (there were 200 other children on the list waiting for spine surgery at that time) is also dismissed as irrelevant. He was never one of our patients.

Finally, Bell dismissed my assertion that there were over 150 unemployed orthopaedic surgeons looking for work in Canada. He wrote that when the Canadian Orthopaedic Association was contacted for verification there “were just a handful of orthopedic surgeons looking for work." In truth no such enquiries were made and no such statements were given. The CEO of the Canadian Orthopaedic Association, Doug Thomson, told me: “Absolutely, 100 per cent no! They never contacted us and we would never make such an erroneous statement.”

The figure of 150 has now risen to 178 young unemployed orthopaedic surgeons according to the Canadian Orthopaedic Association. They cannot get privileges because access to or time and hospital beds is restricted and rationed. Correlate that with the fact that the longest wait times in the country are for orthopaedics and you have a prime example of what ails our health system. Imposed rationing is harming patients and denying them access.

Mark Twain said with regards to writers that they have “…one serious purpose, one aim, one specialty and it is constant to it: the deriding of shams; the exposure of pretentious falsities; the laughing of stupid superstitions out of existence…the natural friend of human rights and human liberties.” Physicians should aspire to a similar level of ethics, not only in our professional practice, but also when we write.

Perhaps a more telling quote to describe Warren Bell’s diatribe is that of C.P. Scott who wrote, “Truth is a rare and precious commodity, and one must be sparing in its use.”