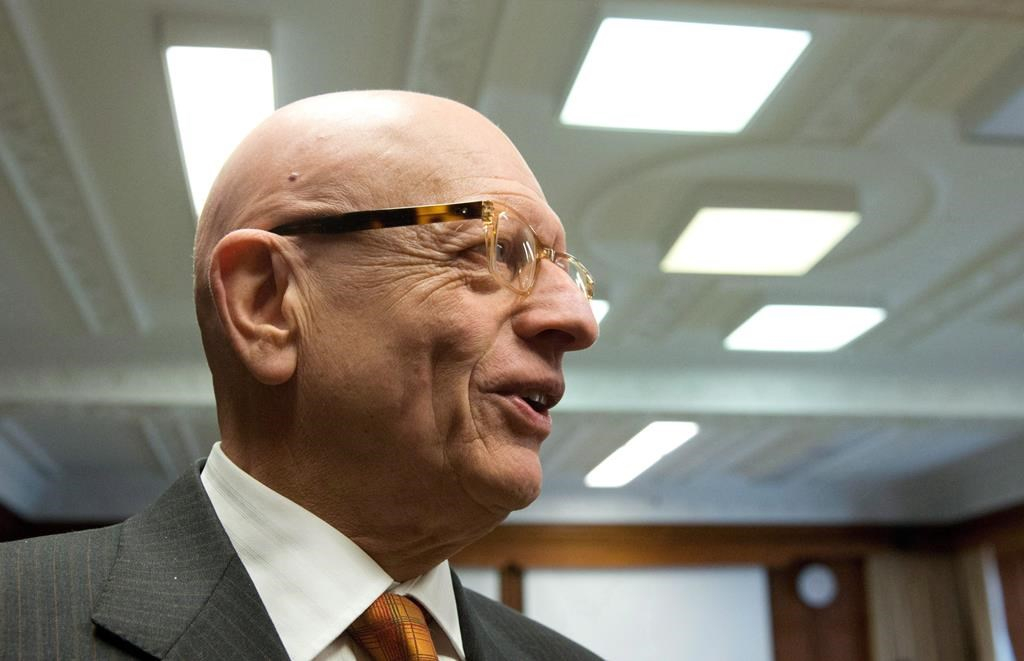 OTTAWA — Decades of work to remove the influence of big money from Canadian federal political campaigns is going down the drain with the advent of political action committees, a former chief electoral officer says.

Jean-Pierre Kingsley says Canada is headed down the road well trodden in the United States, where political action committees, or PACs, raise and spend staggering amounts of money to influence elections, without the same restrictions that apply to political parties.

In Canada, such groups have been known as third parties and their activities are severely restricted during campaigns.

However, with the introduction of fixed dates for elections, third parties have been popping up like mushrooms months ahead of the actual election call, spending untold amounts on ads during a period when their activities are completely unregulated.

One of the newest groups on the block is HarperPAC — a name Kingsley described as "revealing" as its source of inspiration the big-money PAC phenomenon south of the border.

"We are in, effectively, a free-for-all zone," Kingsley said in an interview. "It took us 40 years of scandal, sweat to come to a regime where we had the best in the world for control of money in politics ... now we are back in the jungle."

Stephen Taylor, a longtime Conservative and former director of the National Citizens Coalition who's now a HarperPAC adviser and spokesman, denied that the group is taking a page from the American political playbook.

"It is really branding to let someone know, within the half second it takes to hear the word, what we are up to," he said. "The name HarperPAC, I think you pretty much ... know, what kind of things that we'll be up to."

Kingsley, for one, isn't buying it.

"It is insulting to Canadian intelligence to say this is not American-inspired."

What's more, thanks to the fixed Oct. 19 election date, Canadians should brace for a barrage of pre-writ advertising this summer, he warned.

There is no limit on how much third-party groups can raise and spend prior to an election being called. Nor are they required to disclose their donors or how much they have raised. That means pre-writ financial contributions can come from anyone, anywhere, said Kingsley, including corporations and unions, which are banned from contributing to political parties, and people who live outside of Canada.

The federal New Democrats used HarperPAC as an excuse to launch a fundraising campaign of its own Wednesday, calling on supporters to pony up $5 donations before the end of June in order to gird the party for battle.

"This week, we learned that Stephen Harper's friends have set up a U.S.-style group called the HarperPAC to spend an obscene amount of money on Harper's re-election," the fundraising email states.

"It's the kind of money we've never seen before in Canadian politics, and it's up to us to fight back right now."

Taylor said HarperPAC intends to raise money by appealing to Canadians who support Conservative principles. The group recently launched a radio ad targeting Liberal Leader Justin Trudeau and plans to continue its advertising efforts both online and over the airwaves.

Kingsley said the situation was "foreseeable" as a consequence of a fixed election date, adding that he fears the situation will worsen if the issue is not addressed in the next Parliament.

"Money is the toughest thing to crack in politics," he said. "What people are doing right now is evaluating the success of what they are doing. If it is successful, they will want to do more."

Whether or not it is successful remains an open question.

Barry Cooper, a political science professor at the University of Calgary, said he doesn't believe third-party pre-writ campaigns will be "very effective on either side" of the political spectrum.

"I am not saying it is a waste of money," Cooper said. "I think they pretty much have to do this, but to think that it is going to be decisive, you're just fooling yourself."

"Of course it matters," he said. "You don't spend millions of dollars unless it matters."