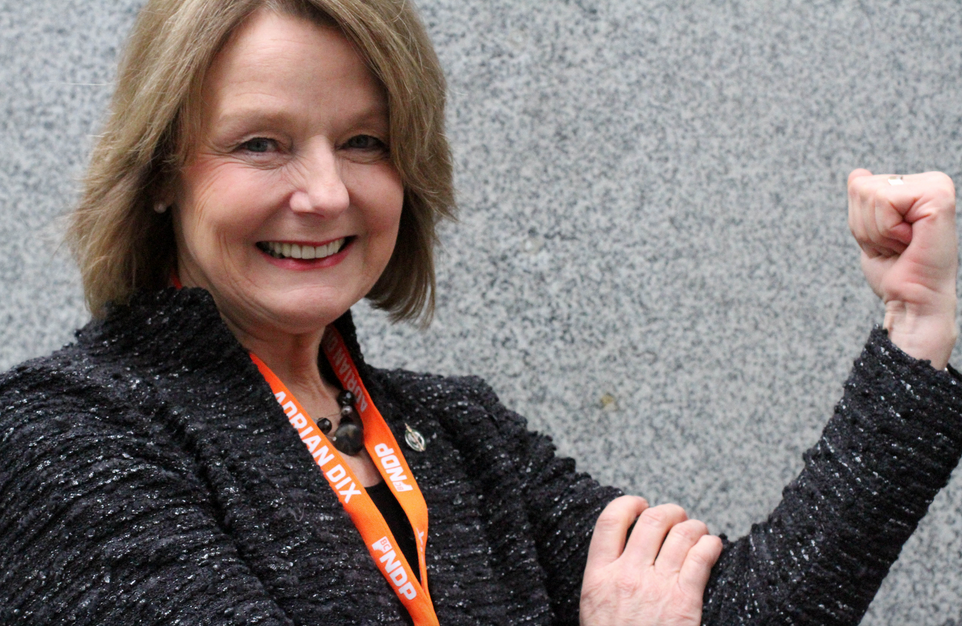 A new NDP government will cancel subsidies to oil sands industries and invest in both renewables and energy-efficient technologies in a bid to slash Canada’s carbon footprint if elected on Oct. 19.

Peggy Nash, the NDP’s MP for Parkdale-High Park in Toronto, said that greater investments in renewable energy, transit, and improved energy-efficient technologies would go hand-in-hand with her party’s promise to make polluting companies pay for the environmental damage they create.

“I’m not doing it to court the green vote per se, I’m doing it because these are issues that the community cares about and I believe in,” said Nash, who also serves as the NDP’s industry critic.

Fresh investments in renewables such as solar and wind power will also help revive Ontario’s ailing manufacturing sector, which according to Nash has shed roughly 400,000 jobs under both the Conservative and former Liberal governments.

Both industry and the environment would receive a second shot in the arm by the NDP’s promise to restore industry tax credits that the Tories cut, allowing firms to invest in new and more energy-efficient machinery, according to Nash.

“There’s going to be a number of measures introduced in our platform and we’ll be rolling them out as our campaign gets underway,” said Nash.

“I would say that the number one issue in our area is getting rid of Stephen Harper’s government and people want to see that government gone and people know that we’re the party to do that,” said Nash.

Her confidence is backed by the latest poll from Forum Research, which shows 36 per cent of Canadians would vote for Thomas Mulcair's NDP while the Liberals and Conservatives would each receive 28 per cent, enough for Nash's party to form a minority government of 149 seats out of 338.

But an NDP victory is not a foregone conclusion, as the Liberals under Justin Trudeau have rebuilt since their crushing 2011 defeat, while Nash’s own constituency has swung between Liberals and New Democrats several times in the last decade.

Four years on, Liberals running in ridings across the Greater Toronto area are looking to reclaim their former strongholds, in part by chasing the same green vote that the NDP is courting.

Omar Alghabra, who is running in Mississauga Centre seven years after losing his old seat in Mississauga-Erindale, is pushing for a regulatory framework to reduce greenhouse gas emissions and greater investments in clean energy if the Liberals form Canada’s next government.

“[The] government needs to invest in those technologies so they become more accessible, more affordable, and more popular so that it helps Canadians use other sources of energy [rather] than fossil fuels,” said Alghabra.

While he was unsure if a new Liberal government would introduce subsidies for clean energy development as part of a future clean-tech investment strategy, Alghabra accused Stephen Harper’s Conservatives of having no plan at all when it came to supporting renewables.

“We don’t even have a strategy, never mind investment,” said Alghabra.

But Alghabra maintained that people looked to the government to resolve climate change, which could be achieved if a new administration focused on clear objectives and achievable goals, breaking down what many see as a daunting challenge into more manageable pieces.

“Any kind of development has to be sustainable – the realization that any country in the world that has natural resources can’t leave it in the ground but it has to [develop them] responsibly – and that is in the best interest of industry, because we’ve seen that not having an environmental framework has had a negative economic impact on the oil sands,” said Alghabra, echoing Nash’s beliefs on environmental protection.

His fellow candidate Jane Philpott, who is running for office in Markham Stouffville, is also trying to court the green vote in a key swing riding northeast of Toronto that is currently in the hands of Conservative Paul Calandra.

She echoed Alghabra’s critique of Stephen Harper’s handling of the oil sands, saying that he had not been able to advance their development as he had not brought together the concerns of clean energy advocates with those of the traditional energy sector.

“One of the biggest challenges is [that] there’s not been a cost-benefit analysis on renewable energy,” said Philpott.

But Liberal environment critic John McKay said that if federal subsidies were necessary for oil sands, they should also be matched dollar for dollar in support for renewables, such as investment in flow-through shares and equal access to government funding programs.

“What we’ll work towards is making the playing field equal,” said McKay, who represents Scarborough-Guildwood in Ottawa, adding that subsidies to fossil fuels would be reduced over time.

Despite the Harper Government’s inaction on renewables, green-minded voters can take solace from the fact that the province of Ontario is surging forward in developing clean-tech industry, drawing on its heritage as a manufacturing hub.

According to McKay, Ontario already has a major solar plant in Prince Edward County near Belleville worth $1 billion, with a smaller complex located near Angus.

While Ontario is building renewable infrastructure, the province is also innovating on the technological front, with Morgan Solar developing plastic panels that are 25 per cent more powerful than glass ones.

According to McKay, Guelph Solar is likely the largest supplier of panels in North America, its products helping to build solar farms in southern California.

“At this point Ontario is probably a leader in reducing greenhouse gas emissions for the country,” said McKay.

Such provincial initiatives are in line with Liberal leader Justin Trudeau’s approach of provinces doing the heavy lifting in developing clean tech, which he outlined in a speech to the Calgary Petroleum Club in February.

“It’s a framing so that each province can do what it chooses to do in reducing greenhouse gas emissions,” said McKay.

For example, British Columbia imposes a carbon tax, which McKay said would likely be emulated by Albertan premier Rachel Notley. Both Ontario and Quebec use cap and trade systems that reward green-tech innovation.

“I do think that the environment and environmental economy will be front and centre in this election. There will be a lot of people who will be very interested in this,” said McKay. 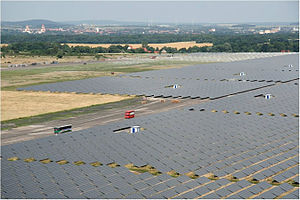 He was keen to see both Ontario and Canada emulate the example of Germany, Europe’s largest clean energy market, which met nearly 26 per cent of its energy supply using renewable sources such as solar and wind power in 2014. Such growth in clean energy would also wean the Germans off nuclear power, according to McKay.

In May 2014, the Germans set a one-day record by generating 74 per cent of their energy from renewable sources, but Berlin’s ultimate goal is to boost overall renewables use to at least 80 per cent by 2050.

While the Germans surge ahead in developing wind and solar energy capacity, they also use hydroelectricity generated in Norway, which McKay said acted as a “massive battery for northwest Europe.”

“The genius of the Germans is that they’ve taken an environmental policy and made it an industrial policy and that’s where we need to go,” said McKay.

The Liberals are expected to reveal their full environmental platform in a major speech next week, but Trudeau has already outlined the need for a comprehensive climate change agreement between Canada, the USA, and Mexico in an address to the Canada 2020 luncheon in Ottawa on June 22.