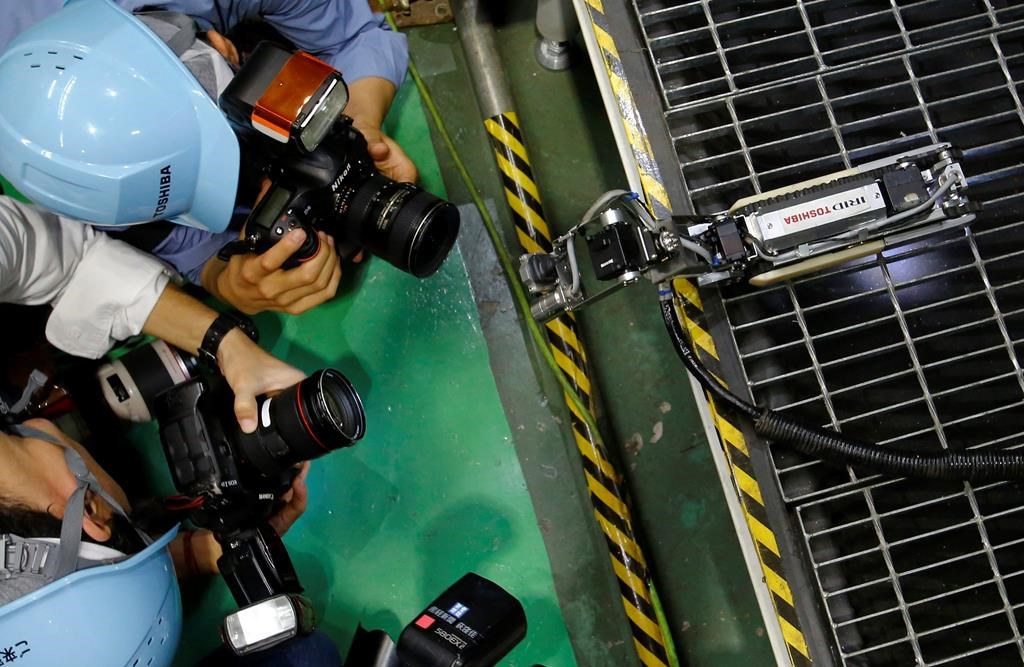 YOKOHAMA, Japan — A new robot that raises its tail like a scorpion is scheduled to look at melted nuclear fuel inside one of the three wrecked Fukushima reactors in Japan.

Toshiba Corp., co-developer of the "scorpion" crawler that was demonstrated Tuesday, said the robot will venture into the Unit 2 reactor's primary containment vessel in August after a month of training for its handlers.

Officials hope the robot can see the fuel in the pressure vessel in the middle of the reactor. The fuel hasn't been located exactly and studied because of the high radiation levels.

The difficult work of decommissioning the Fukushima plant damaged by the 2011 earthquake and tsunami will take decades.

The scorpion robot is the second to enter a primary containment vessel, after "snake" robots were sent in April inside the worst-hit Unit 1. One of the two robots used in that reactor became stuck and had to be left behind, and neither was able to spot the melted fuel debris.

This time, the scorpion crawler, which is 54 centimetres (21 inches) long when it is extended, will enter through a duct designed as a passageway for fuel rods. Toshiba has no back up machine.

During the demonstration at a Toshiba lab near Tokyo, the robot slid down a railing as it stretched out like a bar, with a head-mounted LED showing its way. After crawling over a slight gap and landing on a metal platform, the robot lifted its tail, as if looking up at the bottom of the control rod drive, a structure above the platform where some melted nuclear fuel might be left.

Toshiba officials said they hope the robot can capture images of deeper areas of the vessel, though the primary focus is the platform area, so they can design suitable robots that can go deeper into the vessel.

The scorpion also demonstrated it can roll back upright if it hits an obstacle and rolls over. The ability comes from a tail joint in the middle that bends.

One operator controls the robot with a joystick, and another monitors a video feed from the robot and other data. At the Fukushima plant, the robot will be operated remotely from a command centre in a separate building.

The work is planned for a full day. The robot is designed with radiation tolerance allowing it to stay more than 10 hours inside the Unit 2 reactor. Protecting plant workers and engineers from radiation exposure is crucial in the decades-long cleanup.

The robot's entry is just the beginning of the reactor investigation required before the most challenging task of removing the melted fuel.