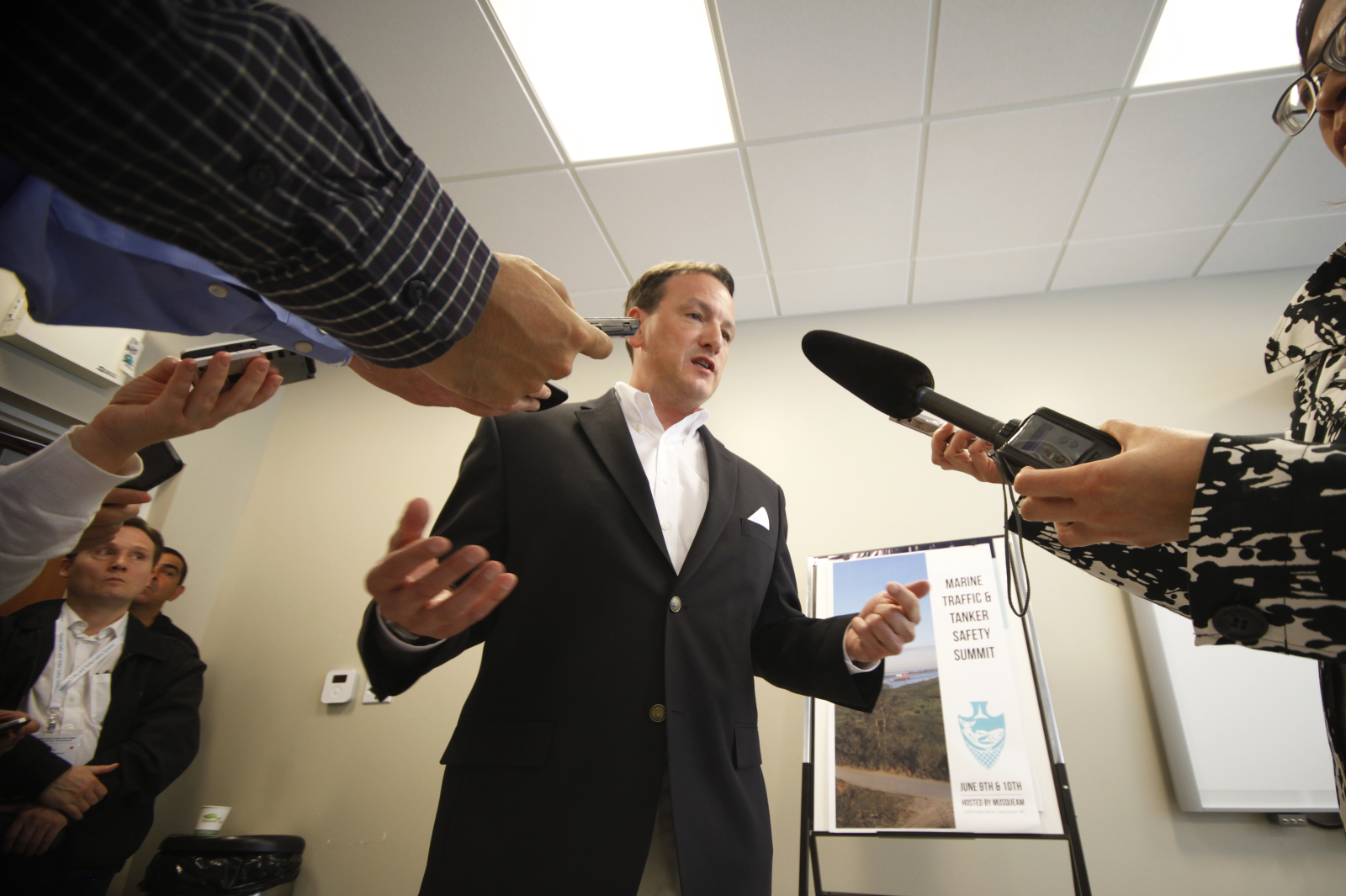 The game is "rigged," critics say and the National Energy Board is now a "pipeline approval" machine.

The Harper government’s appointment this week of a Calgary resource development executive to the National Energy Board (NEB) has federal opposition parties decrying his background as a Conservative Party volunteer, and the overall pro-pipeline agenda of the federal government.

On Tuesday, Conservative Natural Resources Minister Greg Rickford appointed Calgary engineering PhD Murray Lytle. "Dr. Lytle brings many years of experience in the oil, gas and mining fields and will prove to be a valuable asset for the National Energy Board as it continues to fulfill its mandate to ensure the safety and security of Canadians and the environment,” said Rickford in a statement.

Half of the board’s 12 members are now oil and gas professionals, and all but one were appointed by the Harper government since 2006.

Lytle has long been a consultant and executive to the mining industry, and once worked for Imperial Oil. He's also a former Conservative Party volunteer.

The Chuck Olson Centre for Christian Worldview website says this about his past: "Mr. Lytle has been heavily involved in national politics (Canada) and is happy to have lived to see the fruition of that labour, and his small part in it, with the election of the ruling Conservative Party,” .

Federal opposition parties seized upon the appointment as partisan. They add that there's already a growing public distrust of the NEB as a fair arbiter of energy projects, and as a protector of the environment.

“The problem is perception,” said NDP MP and Deputy Energy Critic Malcolm Allen on Thursday. “If he says he’s been a conservative volunteer, it makes it difficult for people to think he’s not there because he’s a conservative party loyalist, even if he has excellent credentials.”

Minister Rickford's office did not provide a comment, but a Natural Resources Canada spokesperson wrote: "Appointments to the National Energy Board are based on merit and ability. The competitive vetting process including the non-partisan public service and independent National Energy Board was unanimous in favour of Dr. Lytle’s selection. Dr. Murray Lytle’s mining credentials and experience in the engineering and business aspects of the oil and gas industry make him a valuable addition to the Board."

Liberal Environment Critic MP John McKay said public confidence in the NEB has sunk so low that its chair, Peter Watson, just completed a 34-stop “national engagement” tour in an attempt to reverse that sentiment.

“I think he’s doing a national tour known as the ‘No, I’m not a lackey tour,’" said McKay.

"It’s extraordinary that the head of the board feels he has to go from one end of the country to the other... because clearly the NEB has lost credibility of the eyes of the public,” McKay said on Thursday.

“This appointment [of Lytle] just fuels the suspicion, even when they comply with the regulations, that they are beholden politically to Mr. Harper,” he added.

The reforms removed the responsibility to do environmental reviews of oil pipelines from the Canadian Environmental Assessment Agency (CEAA), and put it in the hands of the NEB, which “doesn’t have the credentials” to do the job said May.

She said the legal reforms also nullified the Species at Risk Act, the Navigable Waters Act and the Fisheries Act from the board's decisions on pipelines.

"So the pipeline ruling trumps all those laws. The NEB is now basically a pipeline approval agency." 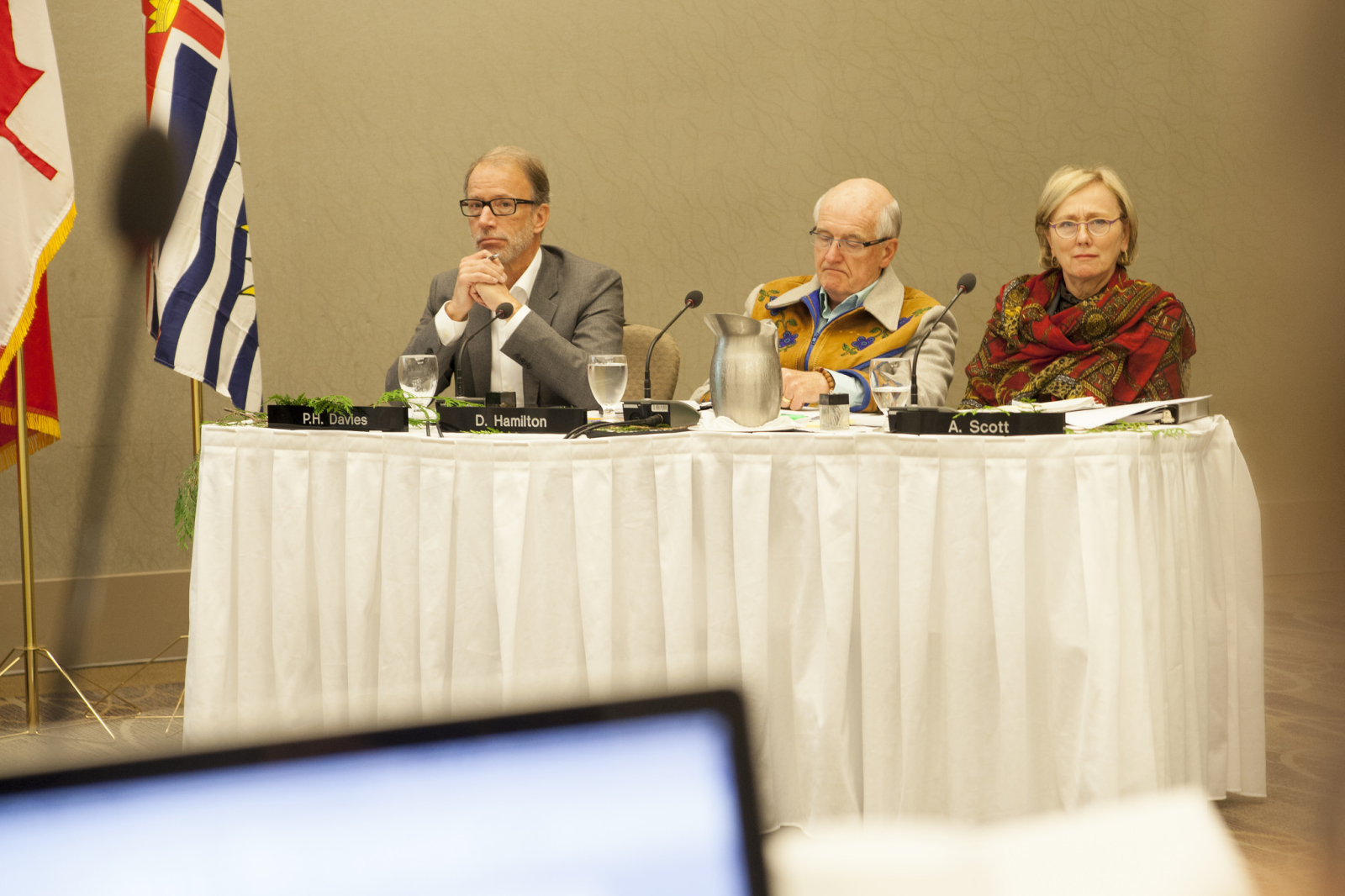 All three opposition parties have pledged to reform the review of Canada's pipeline proposals if elected to replace the Harper government.

Lytle said he disputed critics' concerns that decisions of the NEB are a foregone conclusion in favour of approving pipelines. "What's the data?... I'm always cautious of people with their polemic kinds of statements if they don't have the data to back it up," he said.

Lytle has a keen interest in opponents to major resource development projects. He recently completed behavioural PhD research in Peru, concluding in published papers that a person's “worldview” is predictive in identifying those who are “antagonistic” towards resource developments.

He suggested this insight could be useful for developing tools to "reduce the tension of resource conflict."

In his final remarks of his 153-page dissertation, Lytle states the following:

"The Keystone XL pipeline has languished in a political no-man’s land as different factions debate the environmental and economic merits of the development."

"A number of Greenpeace protesters were imprisoned in jail for illegally boarding a Russian drill installation to protest Arctic exploration."

"Many resource conflicts predominantly result from differences in worldview rather than the oft-stated environmental and social reasons.”

The “review is not conducted on a level playing field” and the panel is “not an impartial referee…the game is rigged,” wrote Allan, in a open letter announcing her withdrawal from the NEB process in May.