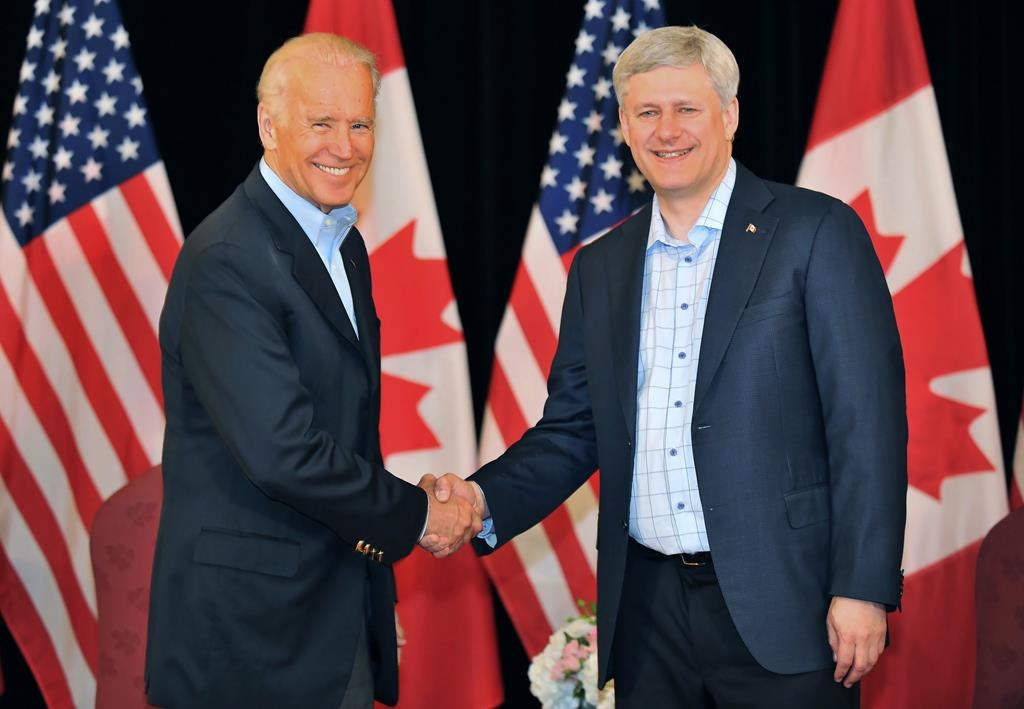 American Vice−President Joe Biden paid homage to the close ties between the United States and Canada during a trip north of the border to take in the FIFA Women’s World Cup final in Vancouver.

"Canada is the most reliably certain and consequential ally we have," Biden said, minutes before a closed−door meeting with Prime Minister Stephen Harper on Sunday.

"You’re not supposed to say that, but Canada is an incredible, incredible ally."

Biden and Harper were slated to discuss global security issues and ongoing instability in the global economy during Sunday’s meeting, said an official from the Prime Minister’s Office. The meeting was to include a discussion of the threat posed by ISIS.

The vice−president arrived into the Vancouver airport earlier that day with his wife and two grandchildren to rousing cheers of "U−S−A!" from a welcoming crowd, many of whom sported red, white and blue in anticipation of the afternoon’s soccer game.

On hand to greet him were U.S. Ambassador Bruce Heyman and Canada’s Industry Minister James Moore.

In a brief, official address before the media, Harper paid his respects to Biden’s eldest son Beau, who died of brain cancer just five weeks ago.

Harper went on to describe Biden as "someone who is not only a representative of a great friend of Canada but who is himself a tremendous friend of this country." Harper went on to admit his personal support for the U.S. in the Women’s World Cup match.

"There is in my personal view no greater friend and neighbour and partner of Canada than our friends in the United States, so I have a little bit of a bias going into this game," said Harper.

Biden’s response was that he had an "overwhelming bias," though his prediction of a one−goal win for the U.S. fell short of the American team’s dominant 5−2 victory over Japan.