Wildfires close in on thousands in Saskatchewan 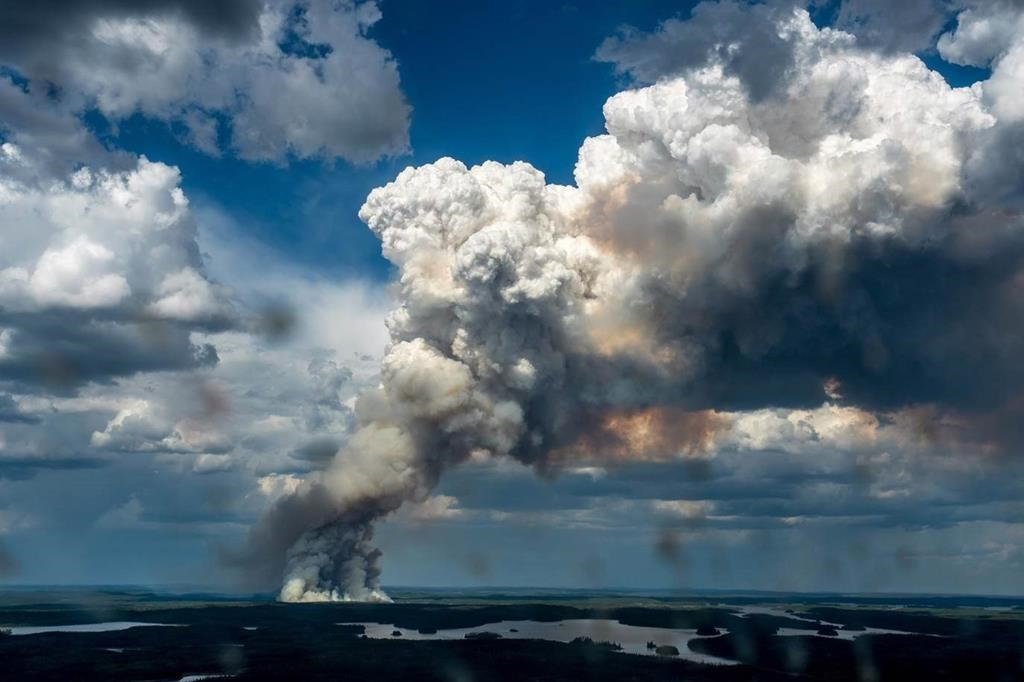 Photograph by The Canadian Press
Previous story
Next story

MONTREAL LAKE, Sask. — Thousands more people in northern Saskatchewan are being told that wildfires are too close for them to stay in their homes.

But this time they’ll be heading to Alberta instead of an evacuation centre in their own province.

The Alberta government said in a news release that the province and the Red Cross were activating a plan to receive up to 5,000 evacuees in Cold Lake, and that the first ones were expected to arrive Saturday afternoon. Saskatchewan Premier Brad Wall said the Canadian Forces base in Cold Lake would be assisting with the evacuation facilities.

Close to 5,200 people had already been forced from their homes in the past week due to the Saskatchewan fires.

Wall said he spoke with Prime Minister Stephen Harper on the phone Saturday afternoon about the possible need for further help from the military with such a large evacuation.

"The prime minister was very accommodating and willing to make sure that upon official request that the resources are there," Wall told a media briefing Saturday afternoon, adding that other federal help might be necessary.

Local officials in La Ronge, Air Ronge and the Lac La Ronge Indian Band issued a general evacuation order on Saturday afternoon when the flames from nearby fires threatened their communities.

Thomas Sierzycki, the mayor of La Ronge, said in a tweet that local councils made the decision shortly after noon on Saturday in order to take advantage of daylight.

The closest fire to the community was only eight kilometres away, he said, and weather wasn’t favourable for attacking it.

"Residents are advised to leave with a sense of purpose and urgency, but not panic," Sierzycki said.

Sierzycki warned people who were leaving that the highway south out of town was smoky and there were small fires along the way. Highway crews, he said, would be monitoring junctions.

Wall said planning for the large, general evacuation had been underway for some time. He was in La Ronge to view the fire situation a day earlier, and saw how quickly things could change.

A number of homes on the Montreal Lake First Nation were destroyed Friday night when everyone, including firefighters, had to flee when strong winds brought a nearby fire into the community.

Provincial officials said they returned to Montreal Lake on Saturday and that they, along with local community members, were still assessing the damage.

Edward Henderson, chief of the Montreal Lake First Nation, said one of the structures that’s burned in his community is a four−plex, which would leave multiple families homeless.

"The four−plex, originally it will hold four families, but in our case there’s usually two or three families per unit," Henderson explained Saturday from Prince Albert, where many of the people from his community have spent the past week.

Further west, dozens of wildfires continue to force people to flee in B.C. and Alberta.

More than 150 wildfires are burning in B.C., including a 500−hectare fire about 23 kilometres northwest of Pemberton, where officials issued an evacuation order Saturday that affected two pumice mines and an independent power project.

An additional 40 firefighters and support staff were also brought in to battle an 80−hectare blaze in the Okanagan which has prompted the evacuation of 142 homes in the Joe Rich area of Kelowna. Port Hardy Mayor Hank Bood, meanwhile, said a state of emergency was issued on Saturday morning after a 16−hectare fire caused the evacuation of about 100 residences.

The Alberta government said Saturday that slower wind speeds and cooler temperatures over the next few days would help firefighters battle a blaze near the North Tallcree First Nation. That fire forced about 200 residents to seek safety in High River on Thursday.