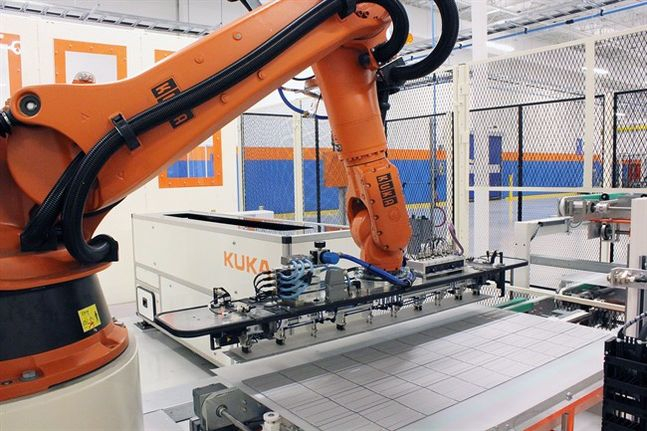 TORONTO — The Canadian International Trade Tribunal has ruled that domestic manufacturers of solar-electric modules are facing a significant threat from low-price imports from China.

The tribunal's decision allows the Canada Border Services Agency to continue imposing duties on most types of photovoltaic modules imported from China.

An investigation by the CBSA alleged in early June that about half a dozen Chinese companies, and a China-based subsidiary of Canadian Solar International, were benefiting from foreign subsidies.

In a statement Friday, the tribunal said the domestic industry is generally threatened by the Chinese imports, although it excluded one specific type of solar module that's generally used for small-scale power generation such as battery charging.

The two federal agencies were acting on a complaint filed last year by four Ontario companies that make solar modules, which are required in systems that convert the sun's rays into electrical power.

The domestic manufacturers said they faced unfair competition and Canada should follow the lead of the United States and European Union, which have imposed duties on imported solar modules from China.

The counter-argument was that anti-dumping tariffs on Chinese imports would keep Canadian prices higher and could make it more difficult to eliminate the gap between the cost of producing solar power and the price of buying from the power grid.

The vice-president of operations for Strathcona Energy Group, now the owner of Eclipsall, one of the Ontario companies that brought the challenge to the CBSA last year, said the ruling is good news for his company.

"We are very pleased with the tribunal's decision," said Mikael Niskanen in an email Monday.

"The market has been waiting for the tribunal to complete their investigation and with this phase over everyone can move forward accordingly."

The tribunal's role was to determine whether the imports have damaged the domestic industry or threatened its survival — conditions that would allow the CBSA to continue applying tariffs that were temporarily imposed in March.

The tribunal is scheduled to release reasons for its decision in about two weeks.

A lawyer for Canadian Solar, a solar module manufacturer based in Guelph, Ont., said he was disappointed by the ruling because his client had argued the tariffs would be bad for global trade and it didn't require protection.

Canadian Solar has manufacturing operations in Ontario but also in China and its imported modules will be subject to tariffs imposed by the Canadian authorities.