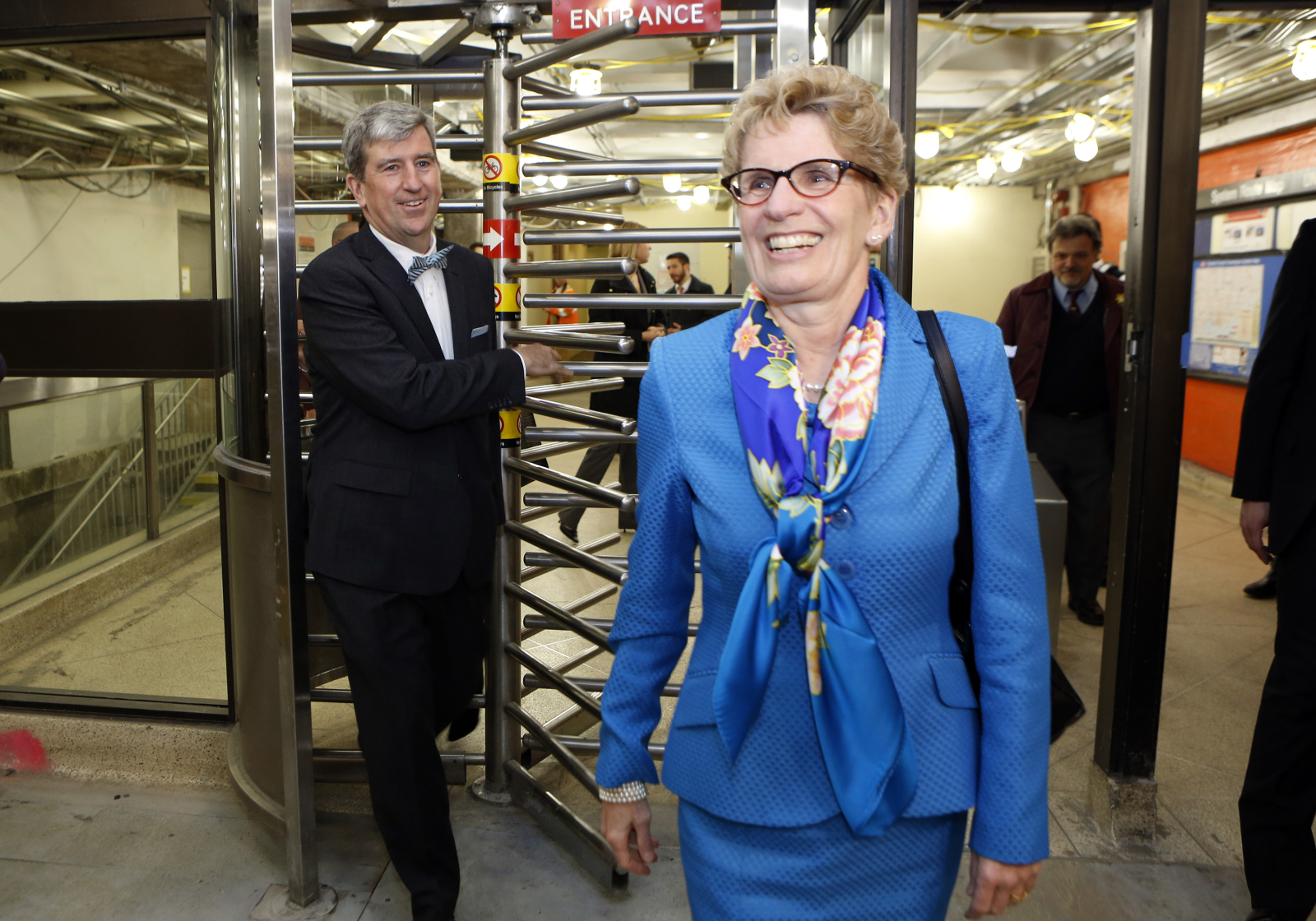 The Ontario government’s top environment watchdog chose the eve of the Climate Summit of the Americas in Toronto to cast doubt on the likelihood the province will achieve its “ambitious” 2020 target to reduce dangerous greenhouse gas emissions.

Acting environment commissioner Ellen Schwartzel said on Tuesday that Ontario's decision will miss its 2020 target "if it doesn’t expand and act on its policies."

"Ontario’s near term greenhouse targets matter very much for the planet.”

"In a world of rapidly melting Arctic sea ice, there is real urgency to reducing emissions now,” she added.

Her report “Feeling the Heat” acknowledges the province’s recent positive steps for tackling climate change, such as its decisions to close coal power plants, and join Quebec’s continental cap and trade program. But she said far more work is needed.

“The cap and trade program will take time to show effects, and time is what we don’t have,” said Schwartzel.

Her reports says fossil fuel pollution from vehicles remains one of the biggest challenges, and electric vehicles have the potential to greatly reduce emissions in the transportation sector. In 2009, the Ministry of Transportation established an ambitious goal to have one in 20 vehicles driven in Ontario by 2020 be an electric vehicle.

Another target area is homes and buildings —much more work is needed, says the report, to make their heating and cooling more efficient.

In response, Ontario’s climate change minister Glen Murray acknowledged the commissioner's criticisms, and said "Ontario must continue to be a leader." He then highlighted the lack of Harper government action at the federal level.

"What Ontario needs, what Canada needs, is a federal partner that actually takes this issue seriously. Unfortunately the Harper Conservatives are missing in action,” said minister Murray in a statement.

The province is now expecting the arrival at the summit of 300 dignitaries, including Al Gore and the former president of Mexico. The climate conference is connection with the Pan Am Games in Toronto.

Recently, the National Observer spoke in depth with the Ontario climate change minister. He said the province is already hurting greatly from global warming.

Minister Murray said a shifting polar vortex has resulted in “extraordinary high lake levels” and “high levels of snow” in the province’s north, and weird winters in the southern cities.

“We continue to have the hottest years on record in North America and in Canada, but we are now getting these bizarre anomalies of having the wettest and the coldest Januaries and Februaries in many decades.”

He also pointed out the recent destructive effects of extreme weather on Ontario’s apple and other food crops, and said food security will continue to be a major issue in the future.

California produces 34 per cent of the province’s food, and it too is under extreme stress from droughts.

Rising infrastructure and insurance bills will continue to plague Ontario in a warmer world, he said. In 2013, record rain cost Toronto $940 million and an ice storm cost $200 million in insurance payouts.

“So overnight, people went to bed to the worst snow storm, and then got up to the worst flood in the history of the US, in one city at one time,” said the minister.

He also said blue-green algae in the region's lakes, when warmed by a changing climate, makes the waters more toxic and costly to clean for drinking purposes.

Neighbouring Manitoba formerly legislated its Kyoto greenhouse gas target into law —making it illegal not to achieve it. Then-premier Gary Doer even famously quipped in 2011 that the government could be toppled by voters if the target wasn’t met.

The target was ultimately not met, and the law was removed from the books. The NDP were then re-elected to government.