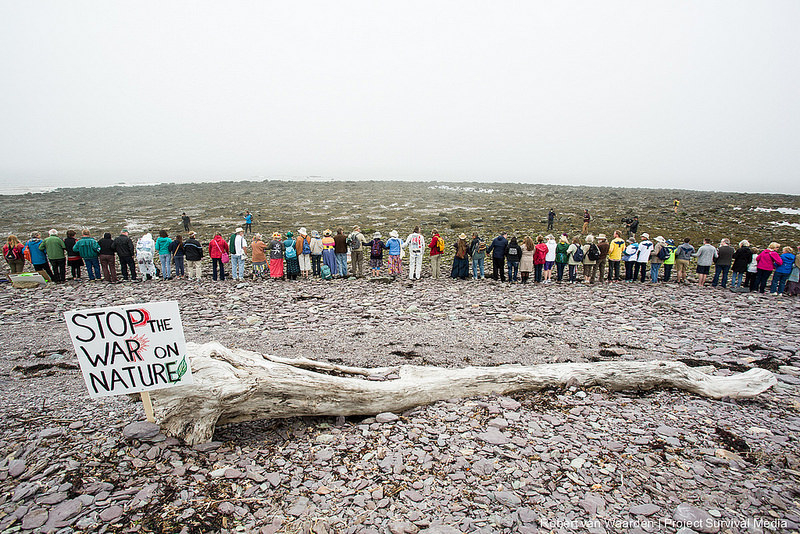 Concern among Canada’s environmental community is building ahead of an expected announcement that the country’s premiers will back pipeline construction.

The premiers are widely expected this week to downplay climate change commitments in favour of fast-tracking new oil sands pipelines, according to a report this week in The Globe and Mail. The Globe obtained a draft copy of the Canadian Energy Strategy, which will be worked out at this week’s premiers’ conference in St. John’s.

“Something has gone wrong,” said John Bennett, National Program Director for the Sierra Club Foundation. “In the last session, there was a lot of talk about climate change and how this agreement was going to bring Canada together on climate change.”

Bennett, who saw a copy of the new draft agreement, said the premiers are now focusing on facilitating the construction of pipelines and cutting through red tape.

Expanded oil sands production in Alberta relies on new and improved pipeline networks to carry the bitumen to market. But the pipelines such as Keystone XL and Kinder Morgan have come up against opposition from communities concerned over oil spills and environmental degradation.

Louise Comeau, executive director of the Climate Action Network, said the new document contains some “nice” references to efficiency, conservation and renewables, “but really the deal is about open access and for regulatory systems to be streamlined in order to get product to market.”

The draft agreement now contains a section calling for the transmission of energy products. That not only includes electricity, which is something to be expected, but also oil and pipelines. “I notice in the latest draft British Columbia has inserted open access liquefied natural gas. They’re [the premiers] are all in there for everything other than climate change,” Comeau commented.

Comeau, who is part Ontario Premier Kathleen Wynne’s climate action group, believes the leaders have been “running pretty wild lately on the rhetoric about climate protection, announcing big targets and so on, but they haven’t really come to terms yet with the reality of the implications of what that means.”

In order for Canada to achieve its climate goals, a cap on fossil fuel use is needed over the next decade, and all new energy infrastructure investment needs to be directed to clean renewables, she said.

“And that’s not what the new document says. It’s basically being neutral. Any kind of energy is okay. That doesn’t work. You can’t have one without the other. If you’re going to have climate protection, we have to start to discriminate against dirty fossil fuels.

“The tar sands has to not grow from the level it is today and there’s simply no point in building a pipeline that won’t be operational until 2022 when we’re not going to be flowing oil through it. That part of history is over. Nobody’s come to terms with that and the premiers remain in denial,” Comeau added.

"The tar sands are also a poor horse for Canada’s economic wagon,” the organization said in a news release today.

"The industry is vulnerable to fluctuating oil prices (among other factors), and as we are seeing now, a drop in oil prices leads to job losses and economic disruption.”

Environmental Defence said the draft agreement contains many examples that would jeopardize both environmental and economic health.

Reference is made to Canada’s hydrocarbon products, which Environmental Defence said is about getting Canadian oil and possibly natural gas to market via pipelines. These would include the proposed Energy East Pipeline, the expanded Kinder Morgan Pipeline and potentially oil trains.

A “non-discriminatory” approach to transportation and transmission of energy resources is believed to refer to the stifling of opposition to pipelines and other high carbon infrastructure.

The Globe reported that a pledge for all provinces and territories to adopt absolute targets for cutting greenhouse gases might be dropped.

The 2014 development also discussed the development of pan-Canadian, regional and bilateral agreements on energy development, transportation and transmission. But now it seems those ideas have come to the fore in 2015.

Andrea Harden-Donahue, energy and climate campaigner with the Council of Canadians, said they’re concerned about the suggestion that the new strategy would fast track tar sands pipelines in favour of any meaningful reductions or commitments to reducing climate pollution.

Harden-Donahue said the premiers should be looking toward community-owned sustainable energy, forms of renewable energy and energy efficiency instead.

Should the premiers favour pipeline development, Harden-Donahue warned they will face a wall of opposition.

“I think what the premiers say in a meeting is one thing, where the will of the people is, is another – and they’re going to have to come to terms with that.”

Nike Free GrÃ¥
In no way think which you have found the best vino available. There are so many wine beverages generated that you simply will never be in a position to try out every single one, nevertheless, you ought to definitely attempt. The best thing of wines is the fact that you are able to explore what it requires to supply during your lifetime.

At times, social anxiousness can push you into inertia. You don't need to do something wrong and be penalized in the group that you'd like to be part of. If you are stressed about signing up for a team or nearing some new men and women, seek information. Discover them prior to enrolling in them. Read up on the membership. Be as well prepared since you can then do it now!