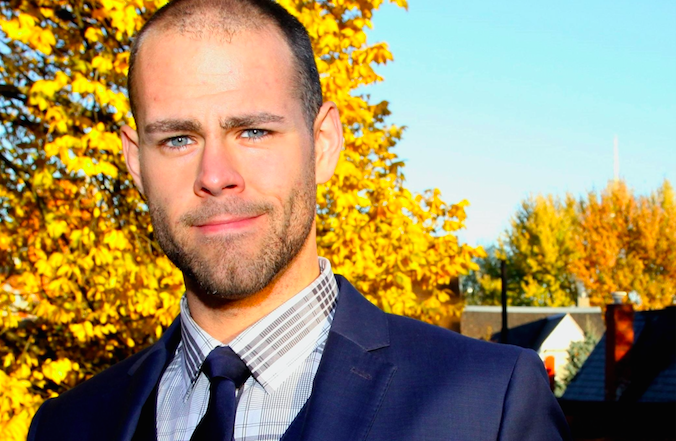 Journalists and lawyers are spearheading a legal challenge against Stephen Harper’s Anti-terrorism Act, saying Bill C-51 is so clumsily-written that reporters could end up in jail just for doing their job.

Canadian Journalists for Free Expression (CJFE) and the Canadian Civil Liberties Association (CCLA) launched a Charter Challenge against C-51 at the Ontario Superior Court this week, on the grounds that certain sections were unjustified in a democratic society. The two groups filed their challenge just weeks after the Anti-terrorism Act came into force on June 18 despite a widespread popular outcry.

“It’s disgusting, it’s enraging, it’s frightening. Rights aren’t taken away by the swinging of an axe, it is by teaspoon,” Tom Henheffer, executive director of Canadian Journalists for Free Expressiom said.

“It is sloppily-written legislation where the government said ‘to hell with Charter rights [and] testing of constitutionality, it doesn’t matter [as] we want to make this as broad as we possibly can’,” said Henheffer

Even before C-51’s passage into law, Henheffer said that freedom of the press in Canada was under attack, citing Harper government restrictions on media access such as that experienced during press conferences and increasing difficulty in accessing information.

Now that C-51 is law, Henheffer said that journalists would face additional difficulties in doing their job in reporting stories related to national security or street protests such as those against the G20 five years ago, as the government could selectively target people to ensure their own agenda dominated the headlines.

Journalists covering protests have already found themselves under arrest, such as New Brunswick reporter Miles Howes, who in 2013 was detained at an anti-fracking demonstration on suspicion of uttering death threats against an RCMP officer, but some believed that the real reason was his asking too many questions regarding hydraulic fracking in Atlantic Canada.

“It makes your stomach churn, what’s happening to Canada,” said Henheffer, who likened such developments to government attacks on press freedom in Turkey and Egypt.

He also voiced concern that Canadian Security Intelligence Service (CSIS) agents would be empowered under the Anti-terrorism Act to remove online posts deemed a security threat.

“In a healthy democracy you simply can’t have government agents able to delete whatever they want from the internet,” said Henheffer.

Even before Bill C-51 became law, Canada was unique among western democracies for having no parliamentary oversight of CSIS’s activities, according to Henheffer.

This strikes Henheffer as ironic, as CSIS was originally created as a separate intelligence agency in the 1980s in response to the RCMP’s abuses of power that resulted in officers spying on ex-partners and political opponents such as Ed Broadbent.

“The government has already used the RCMP to spy on political enemies,” said Henheffer.

The CCLA and CJFE launched their joint challenge against the Anti-terrorism Act to address amendments to the CSIS Act that allows intelligence agents to ‘disrupt’ suspicious activities, the Immigration and Refugee Protection Act, and the Criminal Code with respect to ‘advocating or promoting terrorism’, which many feel is so broad that it could threaten constitutionally protected freedom of speech.

“Not only is this over-broad and disproportionate, it can have a chilling effect on freedom of expression,” said Sukanya Pillay, the CCLA’s executive director and general counsel.

The challenge will also address the new Secure Air Travel Act that creates a no-fly list of suspicious persons, as well as the new Security of Canada Information Sharing Act, which allows personal information to be shared between up to 17 federal departments.

“Regarding [the] No fly list we have asked for the listing process to be struck down as unconstitutional since the provisions do not provide due process, fundamental justice or natural justice,” said Pillay.

Both Pillay and Henheffer were confident that their legal challenge would be upheld by the courts and that C-51’s provisions would be struck down as unconstitutional.

“CCLA has often intervened in cases to argue for compliance with the Charter - in our history there have been examples of impugned sections being struck or legislation being amended to comply with Charter rights,” said Pillay.