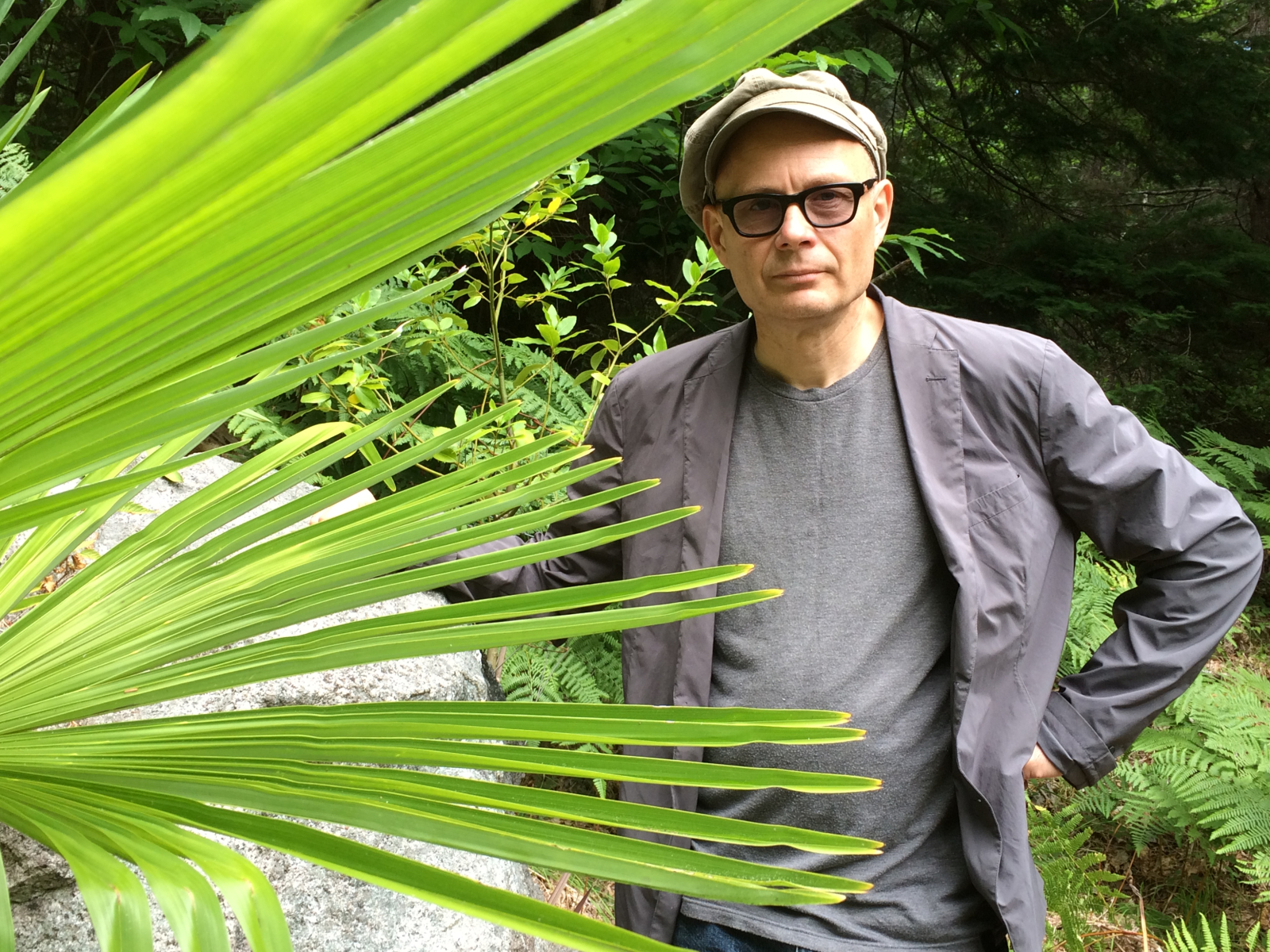 The trees are dying.

As California enters its fourth year of drought, the American state has lost over 12 million trees to the ongoing dry conditions. Another million trees are expected to die this summer.

It’s not as dire yet in British Columbia, where the province is only in the first year of a drought. But already signs of heat stress to some of the trees are unmistakable.

While drought-resistant plantings might offer one solution, an ecological artist and writer is offering another: deliberately moving species from further south to the north.

It’s one of a number of strategies that are being developed to help forests fight climate change, as the trees from the south are more adaptable to the current weather.

Oliver Kellhammer owns a 20-acre woodlot on Cortes Island in Desolation Sound off the B.C. coast. Along with a British biologist and parapsychologist, Rupert Sheldrake, Kellhammer has been experimenting with growing trees that last thrived in the area some 50 to 55-million years ago.

“One of the things that Rupert and I are advocating is to, on a small scale, experiment with bringing back formerly native species, species that have been extinct for millions of years, but have the genetic memory to grow in these warming habitats,” Kellhammer told the National Observer.

“It may well be in a 100 years’ time, the best tree to grow in Vancouver Island is not Douglas Fir or cedar. It may be California Redwood.”

The last time the redwood thrived in British Columbia was during the Eocene Epoch when the Earth was four degrees Celsius warmer than it is now globally. “The landscape looked very different,” Kellhammer says. “There were alligators living right up into northern Canada.

“The landscape up in the far north was much like Louisiana or Florida.”

Kellhammer is raising redwoods, among other species, on Cortes to see how they’ll adapt to the warmer future predicted from climate change.

“What we’re imagining is that trees that are now happier further south with actually be happier further north as anthropogenic climate change speeds up,” Kellhammer says.

“It turns out some of them are doing quite well. I guess it’s not surprising, but we wanted to see if that theory actually turned out to be true.”

Some of Kellhammer’s decade-old Metasequoias, for example, reach over 10 metres in height. The latter is a deciduous conifer thought to have been extinct until they were found surviving in a remote part of China in 1944.

Like the California Redwoods and the other species Kellhammer is raising, the fossil remains of Metasequoias have been found throughout the Lower Mainland in shale beds. Climate cooling and the subsequent Ice Age removed those trees from the landscape.

Now global warming is reshaping the landscape again. The United States Forest Service says the effects of climate change are evident in the forests today. The service cites a fire season that starts earlier, ends later and with fires that burn hotter and are more dangerous; and insect epidemics that are larger and last longer, killing more trees and adding to the fire risk.

On top of all that, the service also points to warmer winters affecting the water supplies. Thinner snowpacks melt earlier causing the water to run out from the forest earlier in the summer. This leads to exactly the sort of extended drought that’s blanketed California for the past four years.

Kellhammer makes the case that since humans are responsible for global warming, then why don’t they bring trees up and deliberately grow them in places to see how they do. He says it’s already working on a small-scale.

At the same time he recognizes that transplanting species represents an ethical question. “I can see there are people who are concerned about native eco-systems, who are resistant to this, and for good reasons,” Kellhammer acknowledges. “I see their point of view as well.”

Sally Aitken, a professor in the University of British Columbia’s Department of Forest and Conservation Services and the director of the Centre for Forest Conservation Genetics, says the topic of assisted migration of species is a hot topic within forestry currently.

She agrees that evolutionary history shows lots of California Redwoods existed in B.C. and doesn’t protest the idea of moving regional species around – like those that grow in the Pacific Northwest, for instance. She points out Redwoods already grow as ornamentals in Vancouver, for instance.

But she cautions against introducing species over long distances.

“We can’t predict whether they might become invasive or what effect they might have on native eco-systems,” says Aitken, who examines the relationship between trees and climate and looks at the extent to which climate change disrupts that relationship.

Another question is whether climates in the future will reflect climates that exist now, or will be something altogether different, and something that we’re able to properly predict. Aitken believes that different forest strategies are required to withstand the future.

“We’ve also got to keep in mind that as we see all this climate variability, we can still get extreme cold events as well. So it really requires thinking about how we can use diversity to buffer against all this uncertainty,” Aitken says.

Aitken believes the species of tree doesn’t necessarily need to be changed, but rather where the seed for each species is obtained. For example, if Douglas Fir is being planted, perhaps the seeds should come from populations in Oregon or Washington State.

“If you move that genetic diversity around within a species, the ecological impacts of that are much less than introducing non-native species,” Aitken says, “but you may achieve the same end.”

At UBC, Aitken has an experiment with Sitka spruce involving trees grown from seed from California, Washington, B.C. and Alaska. The experiment allows the researchers to see whether the trees have different traits when it comes to reacting to things such as temperature and moisture, for example.

Aitken says it’s possible to see a huge difference in how the seeds grow according to what temperatures they’re accustomed to from their native landscape. This use of natural selection helps the researchers winnow out which species might not survive.

“We’re looking at those kinds of things rather than the movement of species, per se,” Aitken says.

Back on Cortes Island, Kellhammer believes that more southerly species will move in regardless, beginning with things like weeds, insects and birds.

“That’s already well-documented in the Canadian Arctic,” he says. “There are things like robins appearing in places where the Inuit don’t even have a name for them, but they’re turning up in places like Baffin Island.”