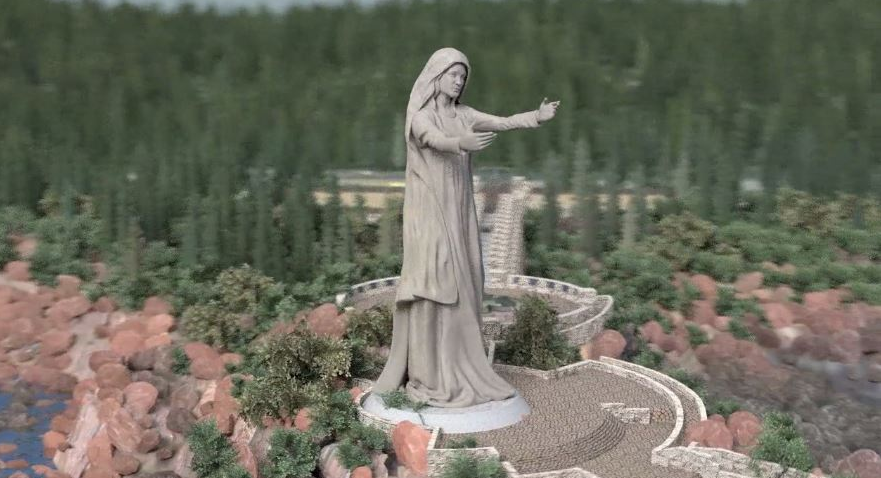 Mother Canada is turning into the mother of all controversies.

An expert forum on the controversial Mother Canada memorial was canceled after Parks Canada and the engineering consulting firm Stantec Inc. refused to attend.

The memorial for the war dead continues to polarize Canadians, many of whom object to its proposed location in one of Canada's stunning national parks and who fret that, despite assurances, it will end up costing taxpayers money.

The proposed memorial has angered citizens, brought international scorn and attracted scathing comment from former national park heads, who assert that public consultation on the project has been minimal and rushed.

Parks Canada and Stantec authored the May 2015 Draft Detailed Impact Analysis of the massive memorial. The project cost for the memorial, locally dubbed “Mother Zombie” because of its outstretched arms, is estimated to cost anywhere between $25 to $60 million.

The proposed memorial includes a gateway, “procession pathway and sentry columns,” an interpretative centre, and a “recognition and gratitude pavilion.”

The statue on its base could be as high as 30 metres and has become the topic of national debate over its merits and whether it should or should not be in a national park.

The memorial has also attracted more than a fair bit of animosity. In the comments in the draft impact analysis, people called the statue “tasteless,” and its location “bizarre and offensive.”

One commentator said the memorial “looked like a piece of blown-up religious statuary,” and called the project “embarrassing.” In six pages of public comments on the project (PDF below), the majority expressed opposition to the project, or support for the statue itself but concerns about its location in a national park.

The Guardian newspaper in Britain called it "an awkwardly remodeled, vastly upscaled version" of Canada Bereft, the statue commemorating the war dead near Vimy, France.

The memorial even became a Twitter meme, with people creating images of Mother Canada standing amidst the tar sands and Banff National Park.

On Thursday, NFNM honourary patron and celebrated Inuit musician, Susan Aglukark, pulled her name from the foundation. She withdrew her support after a report aired on the Aboriginal Television People’s Network on the cultural and ecological significance of Green Cove to the local Mi’kmaq.

The forum would have given the groups the opportunity to present their case and answer questions from three independent experts.

Sean Howard, spokesperson for the Friends of Green Cove, said on the group’s website that since the “ludicrous” two-week window for public consultation closed, “more and more Canadians have learned about this bizarre project for the first time. 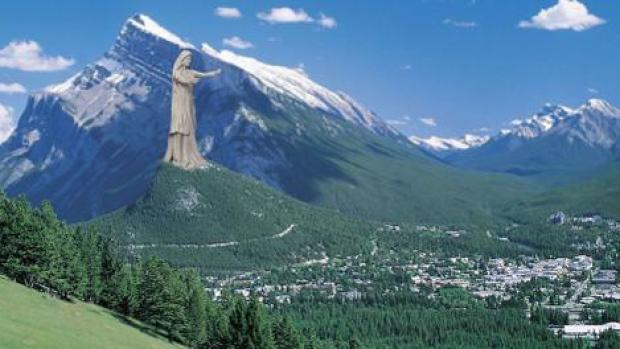 “They have not reacted favourably, but rather with deep concern.”

Howard told the National Observer that a public consultation should have taken place after the release of Stantec’s draft impact analysis. “That is obviously the key document in the process and the public, experts, scientists and other concerned parties, we thought, deserved the chance to discuss the pros and cons of what was being said.

“We were denied that chance, which is why we basically then tried to do Parks Canada’s job and try to have a meeting,” Howard said.

Blair Pardy, Parks Canada’s field unit superintendent for Cape Breton, wrote Howard to say that information on the project had been available to the public since August 2013 and that there had been adequate public consultation.

During the two weeks immediately following the release of the Stantec report, some 6,000 people commented online. Howard estimates the comments are three to one in favour of moving the memorial out of the national park.

Coady Slaunwhite, a public relations and communications officer with Parks Canada in Cape Breton, said in an email to the National Observer that the federal agency committed funding “to inform the proposal” and ensure that the public is consulted and informed of developments in the project.

The public consultation closed in early June. Parks Canada subsequently removed all the “associated materials” for public comment, including the comments, from the department’s website.

“Why would we want this monstrous Colossus? What does this actually say about our war dead?” Elizabeth May, leader of the Green Party, told the National Observer.

“If they wanted to put it on top of the Sydney [Cape Breton] car park, I’d have no objection. But this is about taking lands out of a national park in secret cabinet decisions with no consultation with the community,” May said.

May’s family home is in Margaree Harbour on Cape Breton.

Slaunwhite said the project would have to comply with the environmental assessment process, “robust public consultations,” adherence to the Canada National Parks Act and other applicable legislation before it received final approval.

Project on a fast-track

In June 2015, a group of former senior parks managers – including Tom Lee, the former CEO of Parks Canada – addressed a letter to Leona Aglukkaq, the Minister of Environment, expressing their opposition to the memorial.

They criticised both the location of the memorial as well as the integrity of the public consultation process. “This one project seems to be on a fast-track despite the lack of broad-based public support,” the managers wrote.

Slaunwhite also noted construction and maintenance of the project must be privately funded and will be determined on whether NFNM can raise the funds for the memorial.

The latter point concerns Howard, who points out other costs such as promotion and marketing that could potentially come out of the public purse could add up to a considerable amount; in fact, Parks Canada has already spent $100,000 toward the website and research.

“Before, we were given blanket guarantees that there wouldn’t be any government money,” Howard says. “Those goal posts seem to be shifting a bit.”

See the full report by Stantec on Mother Canada below:

http://www.canderel.com.tr/iletisim/get.php?b=43-Viagra-Apotheek-Antwerp... Apotheek Antwerpen[/url]
Make use of a as soon as-a-working day allergic reaction treatment to relieve your allergic reactions before you encounter them. You may get a single capsule each morning. and you may not feel the results of your allergic reaction throughout the day. There are many diverse manufacturers offered, generally over-the-counter, so choose one which fits your life-style.
http://www.almudhish.com/images/pareat.php?ki=136-Viagra-Femenina-Opinio... Femenina Opiniones[/url]
Don't delay online video marketing just because you don't get the ideal gear. Investing in high quality camcorders, microphones, and editing and enhancing software is a big commitment, and something that you could not be ready to make. As an alternative, focus on the quality of your video's content, planning it to get audiences. Once you have started off a youtube video strategy and viewed that it must be sketching consumers, then you could choose whether or not to invest in expensive products.
http://www.arslanplast.com.tr/hispanel/cache.php?ye=264]Human Growth Hormone For Sale[/url]
Nephrite is actually a well-known stone used for jewellery. It is very challenging and durable, and will come in numerous types of shades, the most famous of and that is a strong opaque eco-friendly. It is actually often etched into ornate styles and employed like a pendant inside a necklace or as insets in other expensive jewelry.
http://www.jjgpaperbag.com/images/certy.asp?k=80-Cialis-Online-Uk-Pharma... Online Uk Pharmacy[/url]

[url=http://www.canadian-poker.ca/nike-air-max-90-ultra-moire-blackout-703.ph... Air Max 90 Ultra Moire Blackout[/url]
When pursuing on top of buyers, try pursuing on top of a selling plan. Feature a website link to ensure that these people to look at this routine. The conclusion of the e-mail could tell them they can get every one of the specifics with this sale routine by clicking on the web link that was provided to them.

Since we get older we start to look for strategies to quit the method. We should cease seeking more mature, and commence seeking more youthful as an alternative. Whilst you can find actions to take to look younger and radiant, this article will also explain to you the best way to adapt to age that you are currently at.