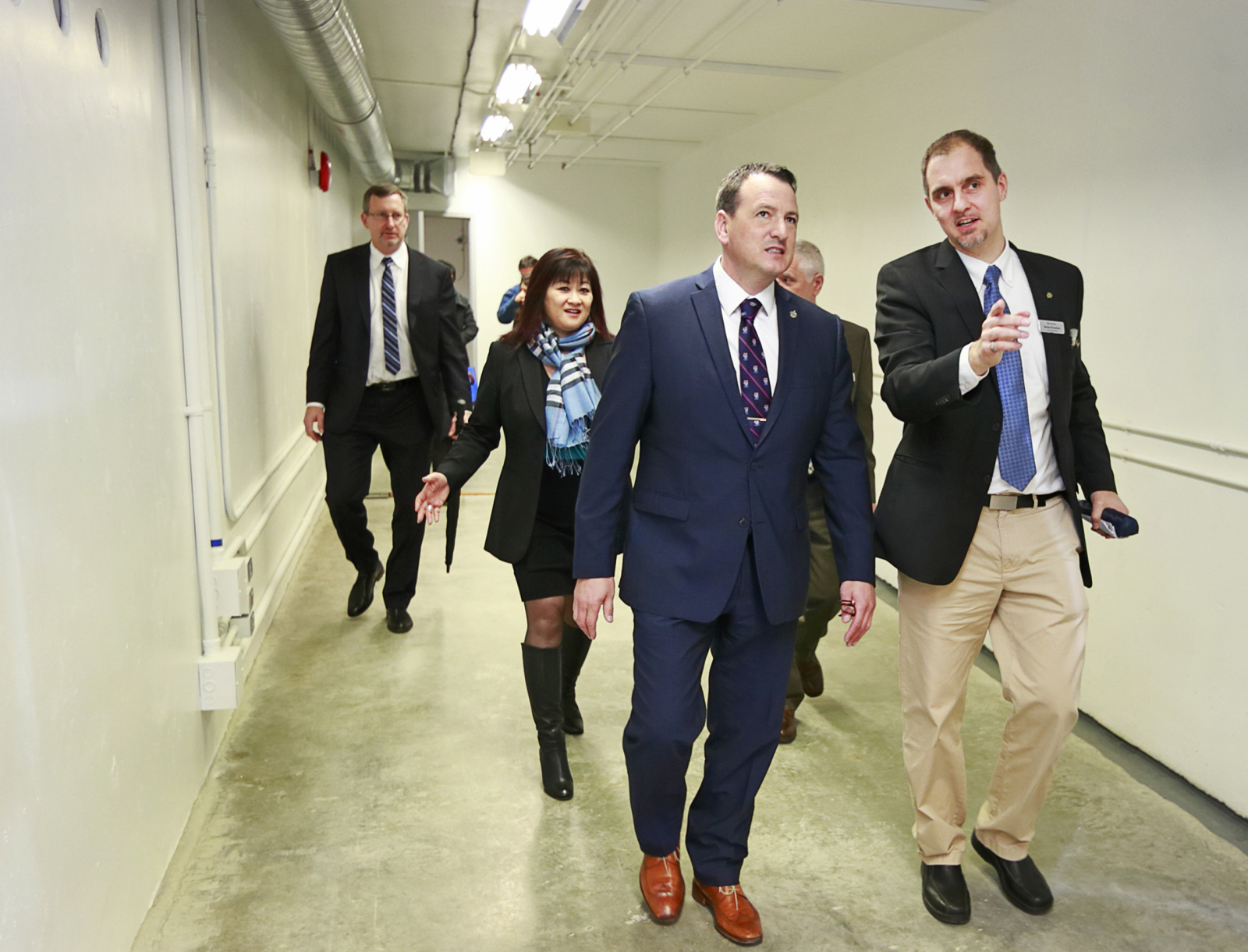 The Harper government chose the Friday afternoon of a long weekend, just before the Sunday launch of a federal election, to appoint a paid Kinder Morgan consultant to the National Energy Board (NEB) in a timed press release that critics say was an attempt to bury the news.

Mr. Kelly's consulting firm was hired by Kinder Morgan two years ago to prepare an economic analysis justifying the $5.4-billion Trans Mountain pipeline expansion. Mr. Kelly himself, in his capacity of vice president of IHS Global Canada, authored and submitted the 67-page Kinder Morgan report to the National Energy Board.

Mr. Kelly will soon sit in a position of power at the NEB —close to those who will rule on whether that very same Kinder Morgan oil pipeline is in Canada’s economic and environmental interest. A decision is expected in January 2016.

“It’s utterly incredible the Government of Canada would appoint such an industry consultant to a regulatory agency that presumably is interested in the public interest, and not in the interest of multinational oil corporations,” reacted former CEO of BC Hydro, Marc Eliesen on Saturday from Squamish, B.C.

"The NEB have totally become a captured industry regulator,” he added.

A board spokesperson said Mr. Kelly will not be a part of the three-member NEB panel that will judge the Trans Mountain pipeline expansion.

But Eliesen says Mr. Kelly's proximity to the regulator's decision makers, plus any future Kinder Morgan rulings that he may be a part of, still put him in a "significant and incredible conflict of interest." He added, the long-weekend timing of the announcement, plus the election call craze, suggest the government wanted this appointment to be disclosed quietly.

Minister Greg Rickford has yet to respond to this story. But his Friday press statement said Mr. Kelly has 19 years of experience providing his Canadian and international clients —presumed oil company clients —with "technical, commercial, regulatory and strategic" advice for accessing oil markets.

A valuable background, said the minister's release, that will enable the National Energy Board to "fulfill its mandate to ensure the safety and security of Canadians and the environment."

Both Tom Mulcair and Justin Trudeau have promised to overhaul the environmental review of pipelines if elected. Mulcair's press handler, who was reached Saturday, declined to provide a NDP member to comment. Liberals likewise said they were busy preparing for the Sunday election call, and have promised to respond.

Green leader Elizabeth May, campaigning in North Vancouver, reacted to the NEB appointment with amazement:

"Wow. Clearly there's a flurry of appointments that Stephen Harper wants to get in place before he goes down in defeat in the election. He's picked people who are of his ideological bent, and are unlikely to provide dispassionate and neutral work on behalf of the people of Canada."

Marc Eliesen quit the NEB review of Kinder Morgan’s pipeline last fall in protest, calling the hearing a sham. He suggested that Mr. Kelly’s economic report, in appendix two of the company’s formal evidence, should be immediately revoked.

Other high profile departees from the Kinder Morgan hearing, such as ex-public-auto-insurance CEO Robyn Allan, have similarly criticized the NEB reviews as "rigged" to speed pipeline approvals.

The addition of Mr. Kelly follows years of Harper government appointments to the energy regulator of several oil and gas executives — the most recent one in early July was roundly criticized by the NDP, Liberals and the Greens.

More than half of the NEB board members are now petroleum industry professionals. The agency is not only tasked with reviewing the economics of pipelines —but also their environmental impacts.

That latter task was given to the NEB, following a Harper government omnibus budget bill in 2012 that stripped that responsibility from the Canadian Environmental Assessment Agency (CEAA).

Kinder Morgan's $5.4-billion Trans Mountain pipeline expansion proposes to triple the flow of Alberta bitumen to B.C.’s coast, which would increase the number of oil tankers in the Port of Vancouver from 60 to 400 annually.

Mr. Kelly’s own Kinder Morgan consulting report argued that the pipeline would enable a better price for Alberta oil in California and Asia. He concluded the pipeline would be "utilized at a high rate" resulting in $37 billion in extra revenues for oil companies until the year 2037. 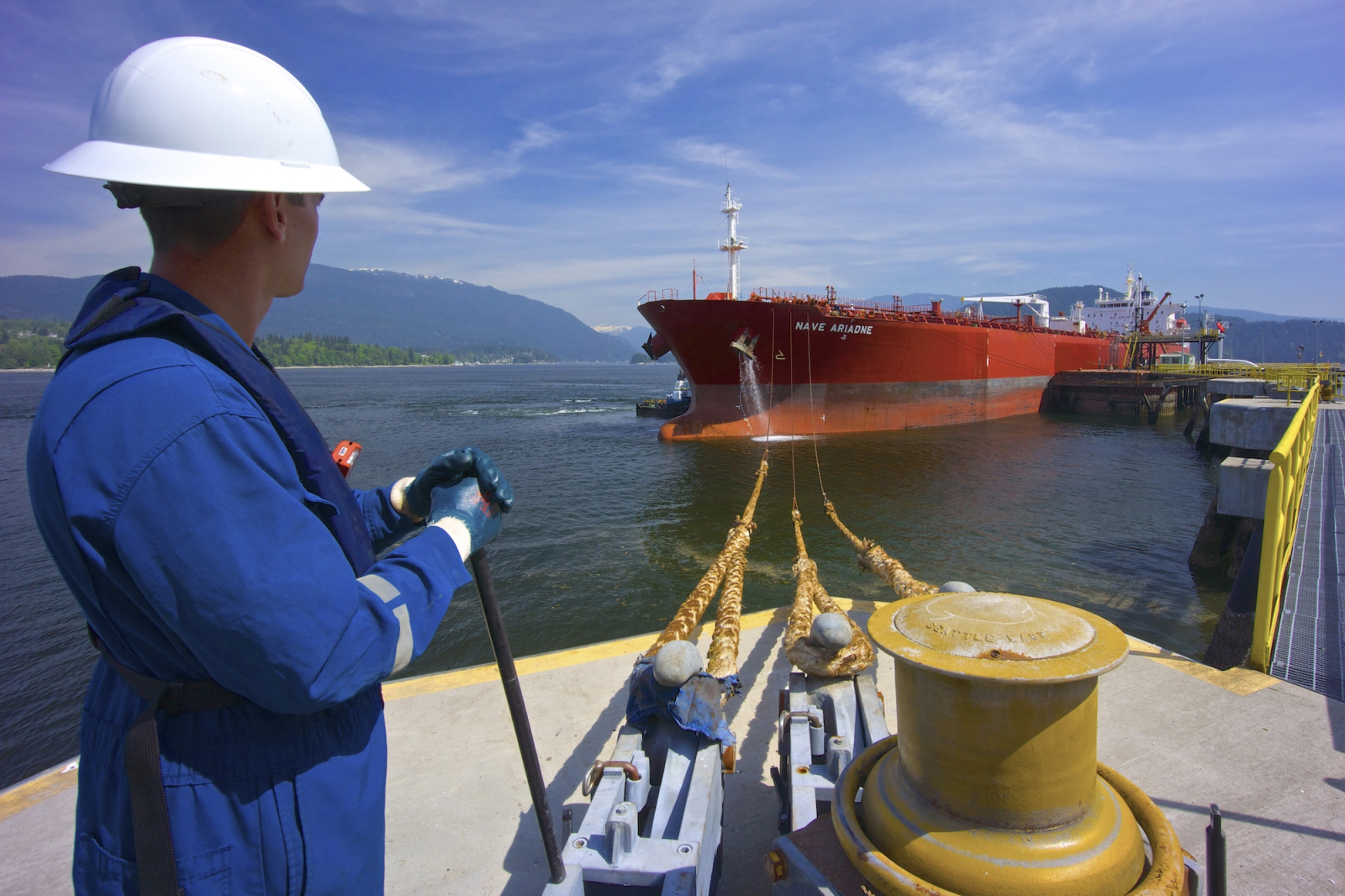 Oil tanker coming into the Kinder Morgan terminal in Burnaby, B.C. in the Port of Vancouver. Company photo.

Requests for comment from Mr. Kelly over the civic August long weekend were not responded. But Kinder Morgan said:

"It isn't appropriate for Trans Mountain to comment on the workings of the NEB such as an appointment to their Board,” wrote spokesperson Ali Hounsell on Saturday.

Public participants are expected to make presentations at the NEB hearing in September in Burnaby. That's the city where local Mayor Derek Corrigan has promised to stand in front of bulldozers to stop the project, and where more than 100 citizens were arrested last fall in protest of the company's drill pipeline tests on Burnaby Mountain.

The Friday appointment of Mr. Kelly does not yet appear on a NEB press release, but past appointments have. The Ministry of Natural Resources Canada says his hire was the result of a nationally advertised recruitment process launched in January. He begins his new job Oct.15.