Canadians paying parties to run attack ads against each other 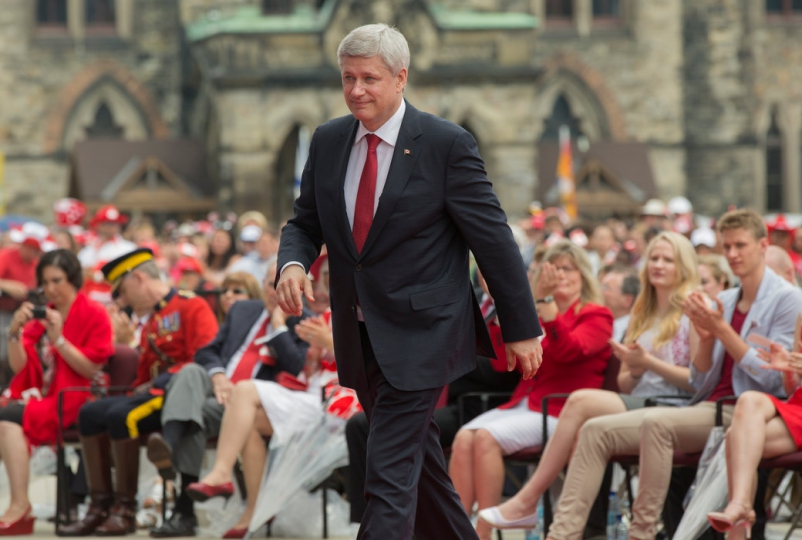 Prime Minister Stephen Harper kicked off the longest ever election campaign Sunday amidst outrage over the cost it will bring to Canadian taxpayers.

The writ had barely dropped announcing the 78-day election – twice the length of a normal campaign period of 37 days – when a former chief electoral officer for Elections Canada accused Harper of having “distorted the role of money in politics.”

Jean-Pierre Kingsley told CBC Radio’s The House that Harper “games the system” by first having a fixed election date and then announcing such a lengthy campaign period. “What it does, is it completely distorts everything we ever fought for, everything that we established as rules.”

Certainly changes to the Election Act last year, coupled with an earlier election call, could benefit the Conservatives when it comes to spending their way to power.

Previously, no matter how long the writ period was, spending was capped according to a formula. Changes last year pro-rated the spending increase for every additional day of an election campaign in an election period.

Under the changes to the act, party and candidates’ spending can increase every additional day by 1/37th or about $675,000.

In an interview with the National Observer, Kingsley said he thought the changes to the act were made in case the writ dropped on a holiday, in which case Canada's 2015 federal election could be called a couple of days earlier. "I never thought the Prime Minister would go this far to advantage his party," Kingsley said.

In announcing the election, Harper said in a news release: “Our well-being depends on the economy and the wrong leader will do real harm.”

In 2011, it cost $291-million for a 38-day campaign. Elections Canada’s preliminary estimate for the 2015 election was $375-million based on a 37-day campaign. However, costs are expected to balloon for a number of reasons.

New costs associated with the election include 30 new ridings, as well as the addition of a fourth day of advanced polling.

Over and above that are the costs from a lengthier campaign. For Elections Canada it means having to pay that much more for staffing, office leases, furniture rentals, and communications costs such as phone lines and wireless.

Kingsley estimated the costs of the 2015 election will go up by the tens of millions.

In an email to the National Observer, the Canadian Taxpayers Federation estimated that it could cost Elections Canada anywhere from $100 to $200-million to administer the election based on higher costs around advance polls and staffing on election day.

Canadians are paying parties to run attack ads against each other

Aaron Wudrick, the federal director of the Canadian Taxpayers Federation, said they’re not opposed to the administration needed to run the election. “What we have a serious problem with is the political party spending side. Because they can spend more money, the rebate will be larger and Canadians are on the hook for that.”

Wudrick said they assume the three major parties will spend the maximum available to them, which will now be $50-million each. That $150-million will be eligible for taxpayer rebates between $75 to $85-million instead of the previous $35 to $45-million during a 37-day election.

“So we’re looking at about $40-million in terms of Canadians paying for parties to essentially run advertising against each other.”

The Conservatives will benefit with the largest taxpayer rebate in Canadian history, up to $25-million straight into Harper’s coffers, the Liberals said in a news release. A Liberal spokesperson wouldn’t say how much they’ve budgeted for their campaign, other than “We have never been in such a healthy financial situation.”

Kingsley noted that the increased spending imposes a disadvantage on the half-a-dozen other smaller parties, including the Greens. “Increasing the ceiling does nothing for them and now they’re facing foes who are going to be shooting twice as hard at them as they were before.

“It destroys the fairness that is at the base of our system.”

Kingsley pointed out that candidates can also double their amounts. The average amount for a candidate is $100,000 maximum; however, if candidates at some of the smaller parties only have $5,000 or $10,000 to work with, they could quickly find themselves outspent in the new electoral math.

"And what does that do to fairness, to that level playing field, that is at the very core of the Canada Elections Act?" Kingsley asked.

Wudrick said the subsidies to parties should be eliminated. “If you make them hustle for their cheque, if you make them earn every dollar the way most non-profit entities do, you’d never even run the risk of having a three-month campaign because no party would be able to do it.

“Make them earn their dollars and they’ll be a lot more careful about how they spend it.”