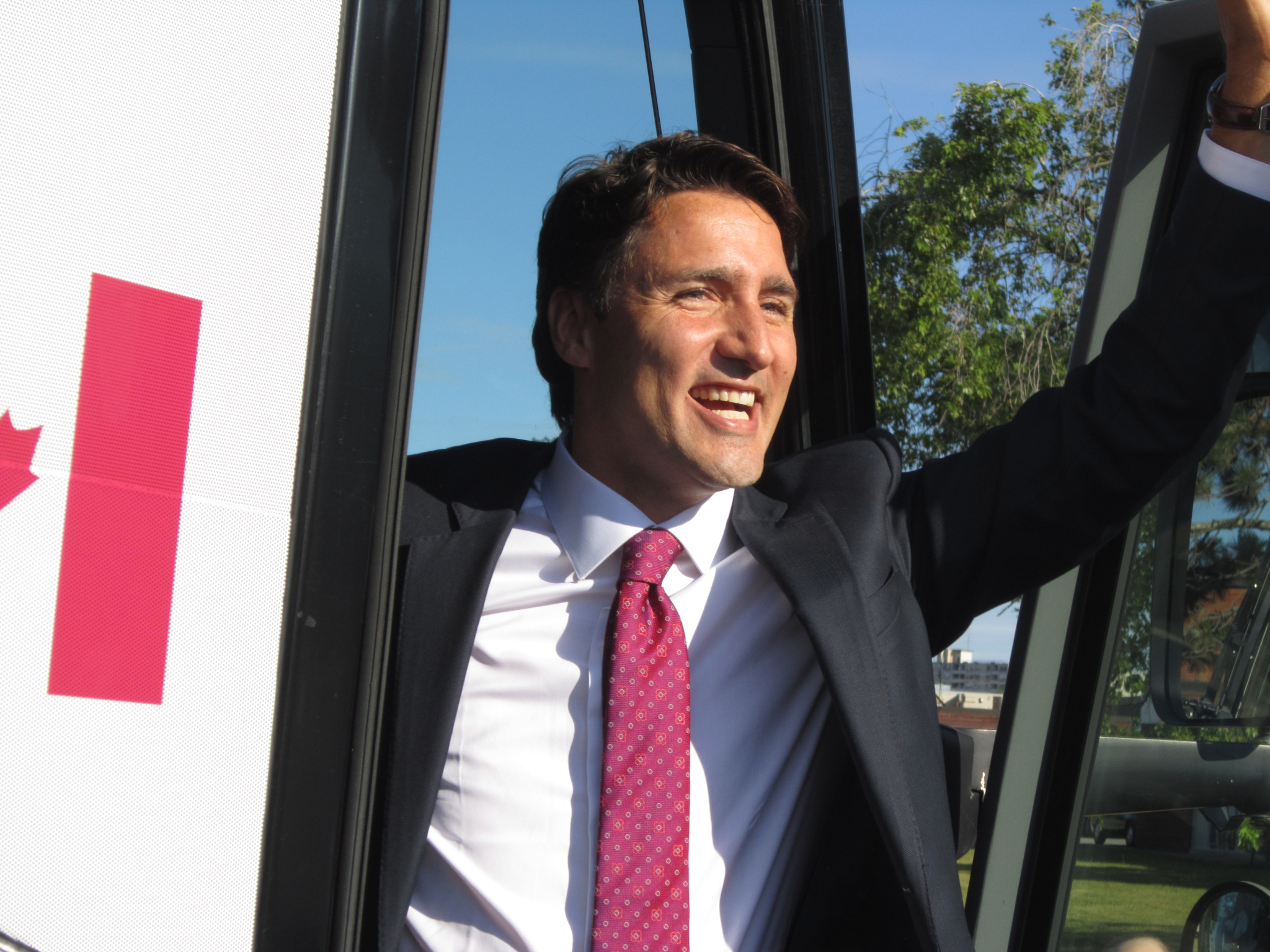 Justin Trudeau waves to supporters from his campaign bus as he leaves Mississauga on Aug. 4.
Previous story
Next story

"His lack of action on environmental oversight... has not just hurt us environmentally, it’s also hurt us economically, with Canadians who no longer trust big energy projects [and] with trading partners who don’t believe that we’re doing our part to combat global emissions.”

“That's why the Liberal Party is committed to making sure that there’s a price on carbon right across the country,” Trudeau declared to rousing applause.

The statement was in response to a National Observer question about what a Liberal government would do to reduce emissions ahead of November's Conference of Parties (COP) 21 Talks in Paris.

But Trudeau would not say whether he would go to Paris with a clear greenhouse gas emissions reduction target in hand, more than one month after he promised to work with provincial governments to hash out a plan for reducing Canada’s carbon footprint within 90 days of taking office, a timeframe that runs well beyond the COP-21 summit.

“It’s very important that all of the [political] parties, not just Justin Trudeau and the Liberals, make their positions in the election very clear regarding their reduction plans,” said Audrey Depault, national manager of The Climate Reality Project in Montreal.

Instead, Trudeau lambasted Prime Minister Harper’s decade of climate inaction, while praising Canada’s provinces for rolling out their own carbon pricing measures that include both taxes and cap-and-trade programs.

“Eighty-six per cent of our economy already has a price on carbon through the actions of B.C., Alberta, Ontario, and Quebec. What the federal government needs to do is to work with those provinces, engage with all others, [and] make sure that we’re hitting our reduction targets, so we can help prevent the world from reaching a two degree increase in our temperatures,” said Trudeau.

His comments echoed former NASA climate scientist James Hansen's warning last month that even keeping within that limit could trigger a catastrophic sea level rise of five to nine metres— an increasingly likely outcome as the melting of both Antarctica’s and Greenland’s icecaps accelerates.

Despite this looming threat, Harper has focused on economic growth that includes subsidies for oil sands growth.

Liberal candidate Raj Grewal, who is running in Brampton East, said that the economy and environment were the most important issues, adding that Harper had tried distracting Canadians with his politics “of fear and division,” over the past decade, by focusing on ISIS and global terrorism.

“The Liberal Party truly understands that you cannot pick and choose. A good environment is good for the economy, and vice versa,” said Grewal.