Why Harper’s 'base' is frantic about the Duffy trial 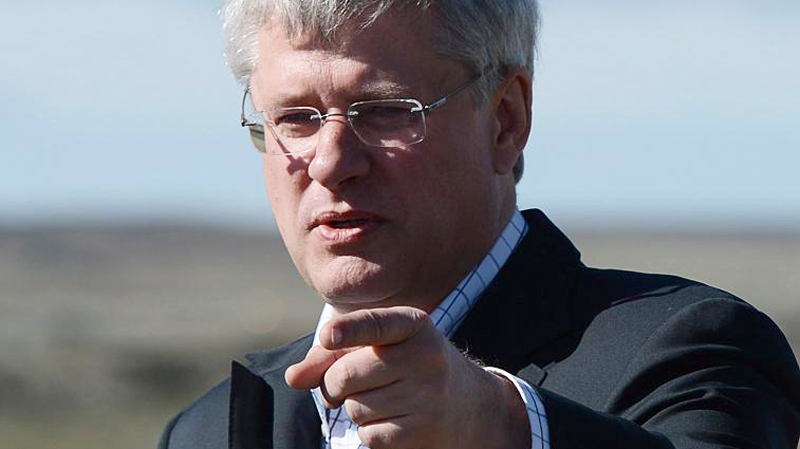 When an aggressive pre-screened Conservative supporter (wearing buttons for Ted Opitz and good old Doug Ford) verbally assaulted several reporters outside a Toronto Conservative rally on Aug. 18, it was a clear indication of cracking nerves among the support circle that have bet their fortune (some literally) on the continuation of Stephen Harper’s regime.

But there’s a clear driver to this scenario: Stephen Harper’s overall style and behaviour.

Kory Teneycke, Stephen Harper’s frontman, and former vice-president of now-defunct Sun News Network, came out to the press bus shortly after the unprovoked outburst and bent over backwards in what observers felt was a “sincere” apology for the man’s odious behaviour.

At the same time, the tactically-minded Teneycke, with his own history of misspeaking, held back the man’s identity, thus limiting the opportunity for any clear interpretation of this attack’s context.

A display of apparent sincerity, in someone from the Harper inner circle, is best understood as yet another sign that this — like the Duffy trial itself — is a public relations disaster the Conservative party really wants to go away, and soon.

Outwardly, Harper stolidly “soldiers on” along the campaign trail, under the repeated direct questions posed to him by reporters about Duffy and Nigel Wright and now his new — and newly implicated — Chief of Staff Ray Novak. Modelling the familiar, almost robotic style he has perfected for his troops, the prime minister repeats his meticulously tailored script: he knew nothing, heard nothing, was told nothing, guessed nothing, and solved the issue promptly as soon as he found out all the bad things that were going on without his knowledge.

Insiders believes he is privately calculating that if he “stays the course” (a favourite in the PM’s lexicon of stock phrases) and weathers the current media storm for a few more days till the trial ends, the populace will have forgotten all about this troublesome story by the time the election comes around on Oct. 19.

At this stage, few believe his public version of the story apart from those who had already decided, long ago, that they would believe him no matter what he said.

For everyone else, there is increasing skepticism. And the intensity of public interest, as each day and stage of the trial passes, is growing, not abating.

The reason for this fixation on the revelations from the Duffy trial is the conduct of Stephen Harper himself, and the behavioural stamp he has put on the Conservative Party of Canada, and more importantly, on the government of Canada — our government.

In an interview about his new and detailed biography, Stephen Harper—held, with some sort of Biblical timing on the same day as the verbal assault—author John Ibbitson of the Globe & Mail revealed some of that personal element when he stated that the PM is “the most introverted person ever to become prime minister of Canada.”

That introversion has led to the Conservative government being “autocratic, secretive and cruel." Ibbitson hastened to add that Harper isn’t, in his opinion, cruel himself, just “very very tough."

The distinction, for some, is ultra-microscopic in dimension.

It is this combination of high-handedness, unwillingness to share information or disclose planning, and abundant acts of heartlessness (towards refugees, towards veterans, towards drug addicts and those convicted of any crime) that has resulted in the general public piling in through the portal that the Duffy trial has opened into the clandestine inner workings of the PMO and of the man who heads it.

Stephen Harper has only himself to blame: if he were not so profoundly secretive — communicating mostly in terse, scripted sound bites, and compelling his staff and MPs to do so also — we wouldn’t be so intensely focused on the trial’s revelations.

If he weren’t so autocratic, so dogmatic, so indifferent and even contemptuous of the opinions of others, we wouldn’t care so much to bring him and his government to some sort of accounting.

And if the gent who yelled at reporters hadn’t been overtly nasty, thereby calling to mind the many rumours of Harper’s personal conduct behind closed doors — and inadvertently breaking Stephen Harper’s mandate of carefully controlled public conduct — we wouldn’t have been nearly so engaged.

John Ibbitson identifies one “absolutely crippling weakness” in Stephen Harper, which he’s had “from the day he was a high school student”:

“He cannot take orders from anybody.”

Ibbitson says the prime minister has often managed to curtail this trait through “strength of will,” but clearly he hasn’t always been successful. Ibbitson cites the demeaning and gratuitous (and legally baseless) conflict with the Supreme Court’s Chief Justice, the Right Honourable Beverley McLachlin, as one example of this, and his equally self-inflicted falling out with President Obama as another.

He characterizes the attack on Justice McLachlin and the banning of the long-form census as “wanton acts of political vandalism” in response to having his volcanic will obstructed.

These sorts of actions are only possible in someone who “cannot take orders from anybody” — someone who doesn’t just march to his own drummer but advances to the exclusion, in essence, of all other marchers and all other drummers.

Stephen Harper’s intolerance of dissent causes him to lash out, sometimes cruelly, against people challenging his worldview, especially now that he’s in a position to more or less do what he likes.

For remember, the Canadian Prime Minister’s Office (PMO) stands out starkly amongst essentially all other democratic nations in that its political powers are nearly unlimited. The man who “cannot take orders from anybody” now is in a position where he doesn’t have to.

Let me be perfectly clear (recognize that other Harperian favourite?): Stephen Harper has become, almost effortlessly — thanks, ironically, to the target of his greatest political vituperation, Liberal Prime Minister Pierre Eliott Trudeau, who decades ago began to build the autonomy of the PMO — an administrative and law-making dictator.

And if a Supreme Court Chief Justice or an American president get in his way — or a few inconvenient Palestinians who disagree that Israel’s government is without flaw, or a Liberal dynasty with a long history of governing, or a “socialist” presence that doesn’t share his desire to shrink government into nothing, or a Québec feminist (Thérèse Casgrain) honoured by an award in her own name—then look out, folks.

To the list of people and organizations in the Harper crosshairs you can add: a Green Party leader who’s a far more tenacious and quick-witted debater than he; a safe injection site that dispenses heroin for harm reduction; a lab in Ontario (the Experimental Lakes Area) associated with environmental research by a scientist (David Schindler OC) who repeatedly and cogently challenges Tar Sands development; and a number of First Nations whose spirit has recovered from the residential school system who challenge his plans for making Canada an “energy superpower."

And don't forget the fisheries libraries that contain evidence of the degradation of Canadian fish stocks; a bevy of government scientists who tell the truth as their research portrays it; a chief elections officer who investigates a peculiar burst of illegal robocalls leading to the jailing of a Conservative underling and hints that higher-ups were involved; and a Royal Commissioner who says that sockeye salmon are in danger from fish farms.

Stephen Harper might not ever say “You’re a lying piece of shit!” — at least not in public — unlike the unfortunate Conservative supporter noted above. But dare to cross him when he’s heading where he wants to go, and he’ll act in a way that eloquently reveals his disdain and contempt for your position. Before you know it, he’ll incrementally (he is widely known as the “great incrementalist”) limit your options until one day, you’ll wake up to find he’s taken them all away.

As for the Duffy trial, we peer avidly through this rare and astonishing gap in Stephen Harper’s armour, which has been so carefully constructed and maintained so as to keep us all outside the decision-making world of this “permanent outsider” who currently runs our country.

Many Canadians are also beginning to wake up to the fact that the system that has facilitated Stephen Harper’s conduct is broken, and urgently needs fixing so that this can never happen again.

The first step to remedy this situation is to seek a new leader, one who will publicly agree, before the election, to fix the system.

It will have to be a leader other than the perpetual “insurgent” who is fixated on shaping the country to his own ends and purposes, because Stephen Harper’s goals, in the words of John Ibbitson, “will never change.”

For Canada’s sake, and before it’s too late, we have to gather together and compel change.