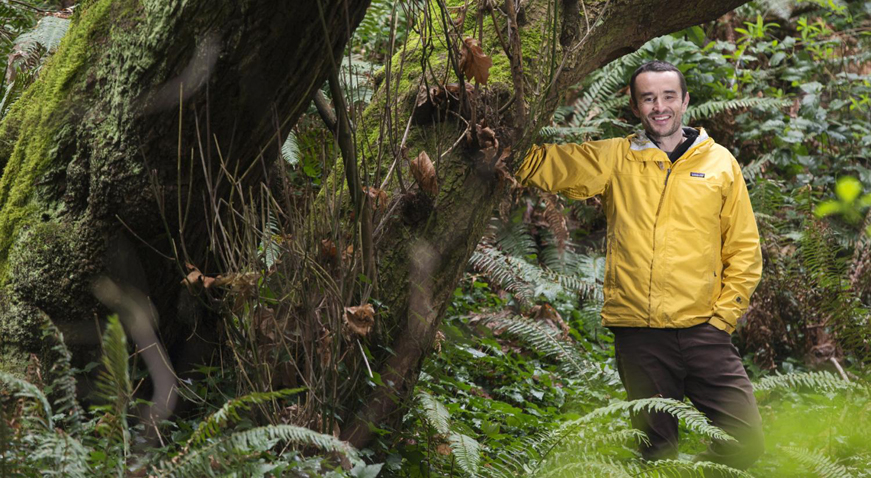 Dr. Chris Darimont is the lead author of the article, "The Unique Ecology of Human Predators." University of Victoria photo
Previous story

Human beings have evolved into unsustainable "super predators" that kill adult fish and animals at many times the rate of natural hunters, says an extensive study published Thursday.

And in a conclusion that reverses decades of conventional wisdom on wildlife management, the authors write that the very animals most likely to be shot or hauled up in a net are the ones most necessary to continued healthy populations.

"Human predators focus their predatory targets on adults, or the reproductive 'capital'" said co-author Chris Darimont of the University of Victoria.

"They rarely took adults — less than five per cent of the total," said Reimchen.

That was the opposite of what Reimchen saw in commercial fisheries.

Over the last seven years, Reimchen, Darimont and their colleagues examined data from 400 species of prey fish and mammals originating in every ocean and continent except Antarctica.

They found humans kill large carnivores at nine times the rate at which carnivores kill one another.

But the real imbalance came in the seas, where data suggests humans are killing adult prey fish at a median rate 14 times higher than predator fish.

Those adult fish are exactly the ones that make the biggest contribution to keeping populations healthy, said Darimont.

"In the overwhelming number of cases, as fishes age, they produce more eggs, have more babies, and in many cases those babies are more likely to survive and reproduce themselves. When a predator targets that reproductive age class, we are dialing back the reproductive capacity of those populations."

"We are suggesting that the central paradigm of management in fisheries and wildlife be reconsidered," said Darimont.

The researchers go on to say that harvesting quotas — even of juveniles — should be reduced to those closer to natural predation.

"It's shifting the extraction rate to juveniles at quotas that are representative of what other predators use and that is typically less than 10 per cent, less than five per cent," Reichmen said.

"This is what these species, over millions of years, have been able to cope with."

As for the hunting of large carnivores, Darimont suggests the public outcry over the recent killing of Cecil the lion by a trophy hunter in Africa could be channelled into an effective management tool.

The researchers are aware of the tectonic nature of the shift they recommend. It's more efficient — hence, profitable — to harvest older, larger fish.

"This does present enormous challenges, especially in the short term," Darimont said.

But eventually, added Reimchen, it'll have to happen.

"There's the short-term gain and the long-term gain. Targeting only the short term, it'll be very, very challenging to get a shift. If we think more ... long term, that becomes easier ... to get the change in policy that will ultimately have to occur.

"Whether it will come soon enough, I don't know."