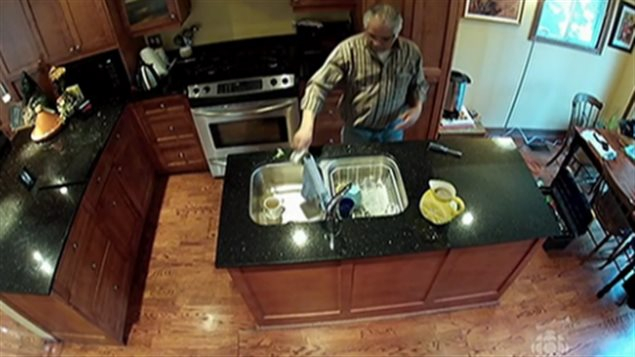 Screenshot from CBC video of Jerry Bance in client's home, where he urinated in a coffee cup
Previous story
Next story

A man who was reportedly caught on camera urinating into a coffee cup while working as an appliance repairman is no longer a candidate with the Conservative Party.

A party spokeswoman says Jerry Bance will not be running in the east Toronto riding of Scarborough Rouge Park.

The news comes a day after the CBC reported that in 2012 hidden cameras on its show Marketplace caught Bance doing the act while he was on a service call.

Marketplace set up the hidden cameras as part of a story into home repair companies.

The CBC aired video from the program showing Bance pouring the urine down the sink, then rinsing out the cup, all while the homeowner was in the next room.

A statement from Bance released by the Conservative campaign Sunday night said he "deeply regrets" his actions on the day he was caught on the hidden cameras.

"I take great pride in my work and the footage from that day does not reflect who I am as a professional or a person," Bance said in the emailed statement.

Bance's story has drawn a great deal of reaction on social media sites.

The hashtag "peegate" was trending on Twitter Sunday night, as the twittersphere buzzed with disparaging jokes, comments and bad puns targeting Bance, Prime Minister Stephen Harper and the Conservative Party.

The original Marketplace show only named Bance as "Jerry" — it did not mention that he had been a Conservative candidate in two previous elections in 2006 and 2008.