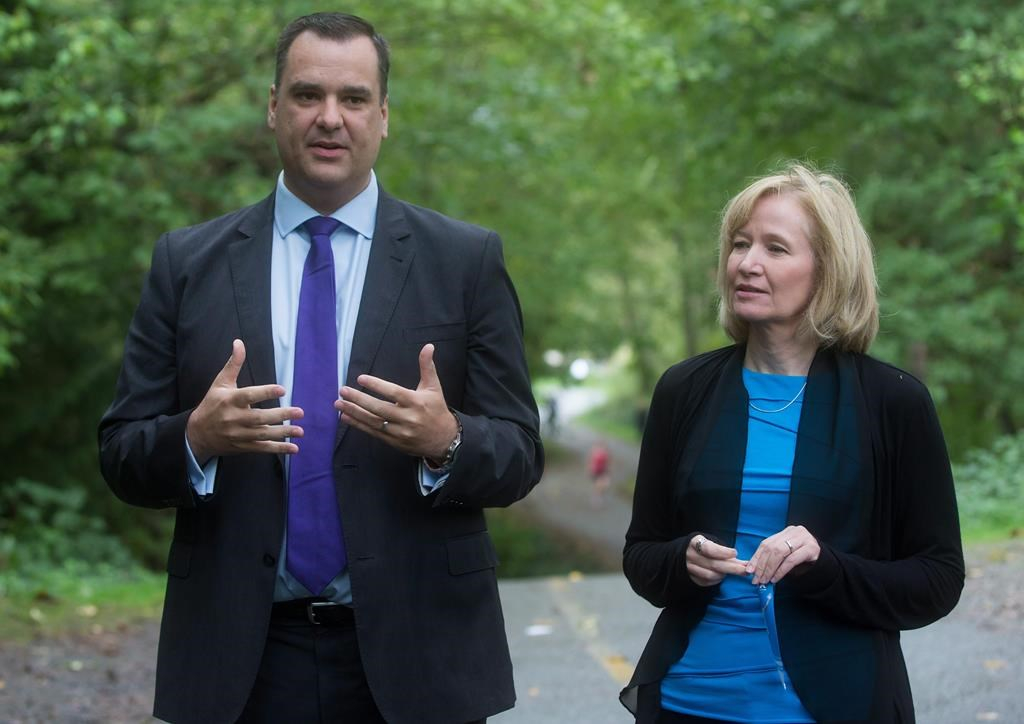 TORONTO — An apparently ill-advised Conservative attempt to score some electoral points by invoking one-legged runner Terry Fox has Stephen Harper on the defensive.

Harper, in Winnipeg pushing his party's job-creation strategy, shrugged off NDP Leader Tom Mulcair's call for an apology over a campaign event that sparked a backlash from Fox's family.

On Sunday, the Conservatives promised that if re-elected, they would fund cancer-prevention facilities and match donations for cancer research raised during this year's Terry Fox Run.

James Moore, the former Conservative cabinet minister who made the announcement, described the Fox family as enthusiastically welcoming the program — something the family later denied in a statement.

"In August of this year we received a request from the Terry Fox Institute and the Terry Fox Foundation for the kinds of contributions and matching funds we're setting up," Harper said when asked about the controversy.

"We fulfilled that request. I think it's a great policy."

In response, the Terry Fox Foundation issued a statement stressing they don't get involved in politics.

"For the Conservatives to have been playing crass politics without the permission of the family or the foundation, I think it speaks for itself of what they're willing to do," Mulcair said in Moncton, N.B.

Leader Justin Trudeau refused to get directly involved in the spat, saying he would encourage everyone to support the "incredible work that the Terry Fox Foundation and all cancer-research institutes do."

But when it came to the question of whether or not the Liberals would support a Harper-led minority government, Trudeau left no doubt where he stood.

"I have spent my entire political career fighting against Mr. Harper's narrow and meaner vision of what Canada can be and the government should do," he said.

"There are no circumstances in which I would support Stephen Harper continuing being prime minister."

He repeated that he was open to working with other parties, but added he was confident about his prospects for forming a majority government on Oct. 19.

Trudeau also pledged another $380 million for the arts and to reverse $115 million the Conservatives cut from the CBC and boost funding for the public broadcaster.

At his morning campaign event, Harper said he was confident a re-elected Conservative government would be able to speed up the pace of job creation and aim to create 1.3 million net new jobs by 2020.

"I would say there's no reason why we can't have a similar record on that than we have now," Harper said.

Mulcair also promised to remove the EI fund from general revenues to keep government hands off any surpluses.

After #peegate scandal, Bance drops out of election race