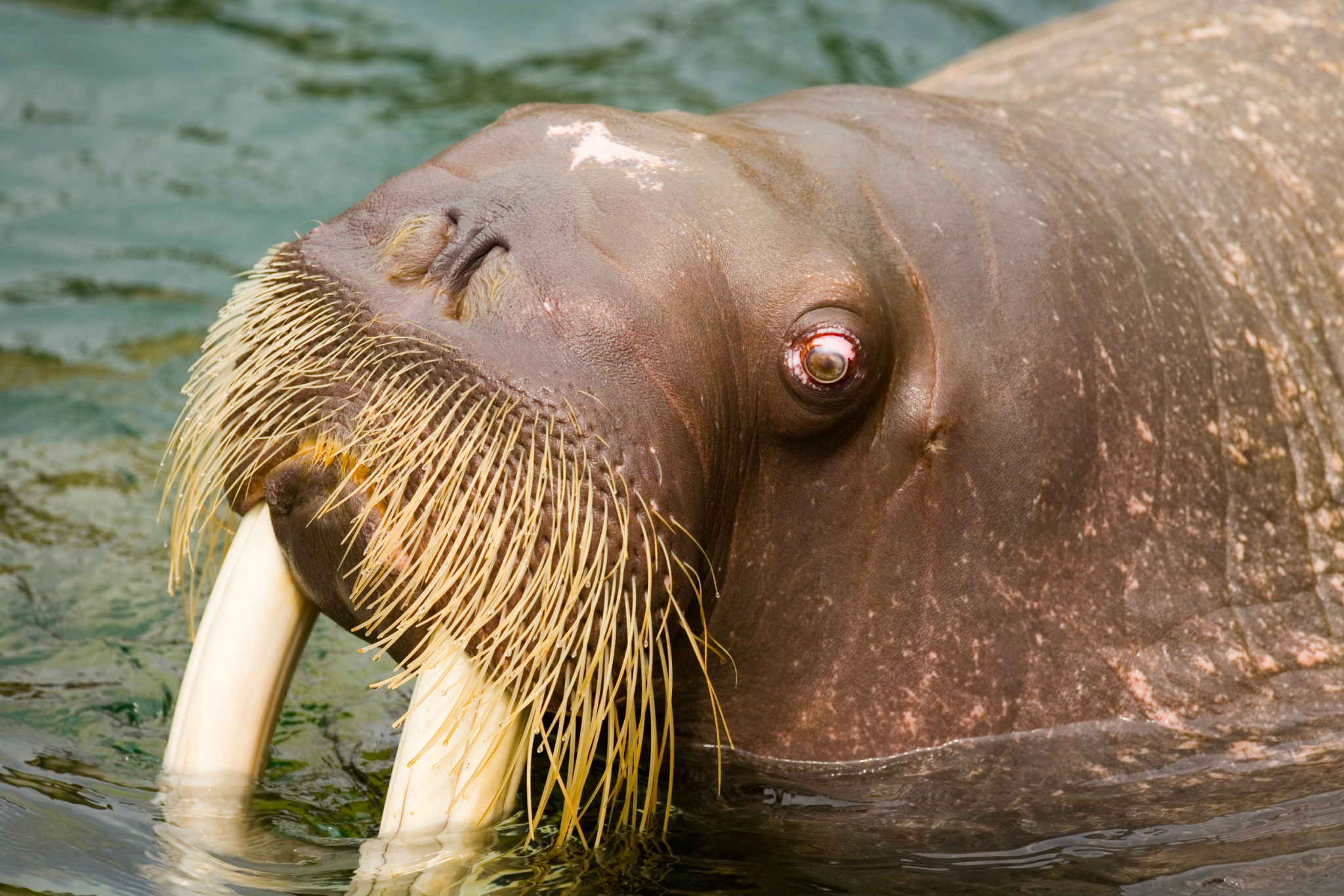 ANCHORAGE, Alaska — Walrus carcasses were found last week on a northwest Alaska beach, but the U.S. Fish and Wildlife Service says the deaths appear to be natural.

The animals were discovered near Point Lay at the same location where 35,000 walrus were spotted on shore Sept. 2.

An employee of the U.S. Geological Survey provided a photo of the walrus carcasses to Fish and Wildlife, the service said in Thursday release.

The service said it is analyzing the photos to determine if the carcasses are new or old and trying to determine an age range of the walruses. An investigator will then have to confirm onsite.

The service said foul play is not suspected, and the carcasses were intact. It did not provide a number of dead walruses.

Walruses gathered in huge herds can stampede if approached by a polar bear, hunter or airplane. Young animals can be crushed in the rush to reach the safety of ocean water. The carcasses of more than 130 mostly young walruses were counted after a stampede in September 2009 at Alaska's Icy Cape.

The cause of death of the animals at Point Lay has not been determined.

The U.S. Attorney in Alaska is overseeing the investigation of 25 walruses found dead and reported shot at Cape Lisburne about 100 miles southwest of Point Lay.

Cape Lisburne is the site of an Air Force radar station staffed by a handful of personnel. A person connected to the station reported the dead walruses and sent a photo of the animals to the Fish and Wildlife Service. Heads and tusks were removed from some of the animals. Federal prosecutors said this week they cannot comment on the case.

The fate of the walrus has become a cause for concern as climate warming diminishes summer sea ice and the polar ice cap recedes beyond the shallow outer continental shelf over water too deep for walruses to reach clams and snails on the ocean floor.

Walruses in large numbers on shore were first spotted on the U.S. side of the Chukchi Sea in 2007. An estimated 35,000 walruses gathered on a herd near Point Lay last year and again on Sept. 2.