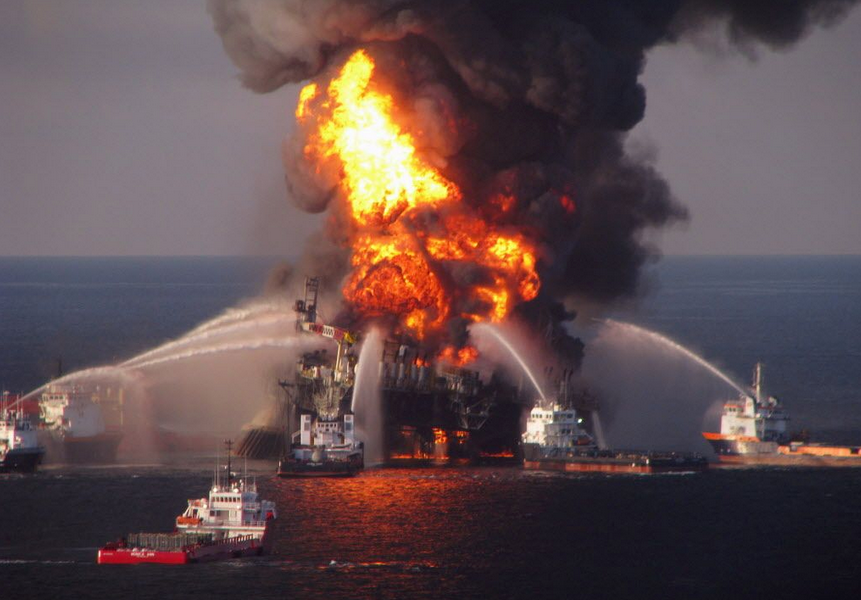 The BP spill of 2010.
Previous story
Next story

HALIFAX — Energy giant BP is committed to plans to drill a deep-water oil exploration well off the coast of Nova Scotia within two years even if the price of crude remains at current levels, a company official said Tuesday.

Rob O'Connor, BP's exploration manager for Canada, said the high-risk venture has reached the environmental assessment stage and remains on track to have a test well drilled about 230 kilometres southeast of Halifax in 2,000 to 3,000 metres of water by July 2017.

"In the current oil price we will proceed," O'Connor said in an interview after a panel discussion.

With the price of light, sweet crude hovering around US$45 a barrel, BP remains committed to the Nova Scotia project despite the high costs associated with exploring the notoriously rough, deep waters in the North Atlantic's Scotian Basin, he said.

"It is a relatively high-risk venture," he told the conference. "Typically, around the world, these projects fail more than they succeed."

O'Connor said the company plans to announce the location of its first test well in the first quarter of 2016.

Nova Scotia Energy Minister Michel Samson said he's aware that BP and its rival Royal Dutch Shell have shelved other exploration projects as oil prices have plunged amid a glut of product on the market.

On Tuesday, Shell said it was stopping its search for oil off the Alaskan coast, blaming disappointing test results and rising costs associated with the U.S. regulatory environment.

Earlier this month, the Alberta government reported that as of Sept. 4, more than 12,700 people have lost their jobs in the province in group layoffs — 75 per cent of them in the energy sector.

"However, (BP) has maintained their projects in Nova Scotia," Samson said in an interview. "That's a sign of confidence and it's gotten the attention of the industry around the world."

As for Shell Canada, it has a deep-water drill ship under contract to use 300 kilometres off the Nova Scotia coast for its proposed $1 billion exploratory program — pending regulatory approval.

O'Connor said Nova Scotia's offshore energy industry has yet to see a well drilled at more than 2,000 metres.

"It's on the edge of what the industry is doing," he said. "But it is proven technology."

BP has already drilled test wells at more than 2,000 metres off Angola and Brazil, he added, but deep-water production wells remain a rarity.