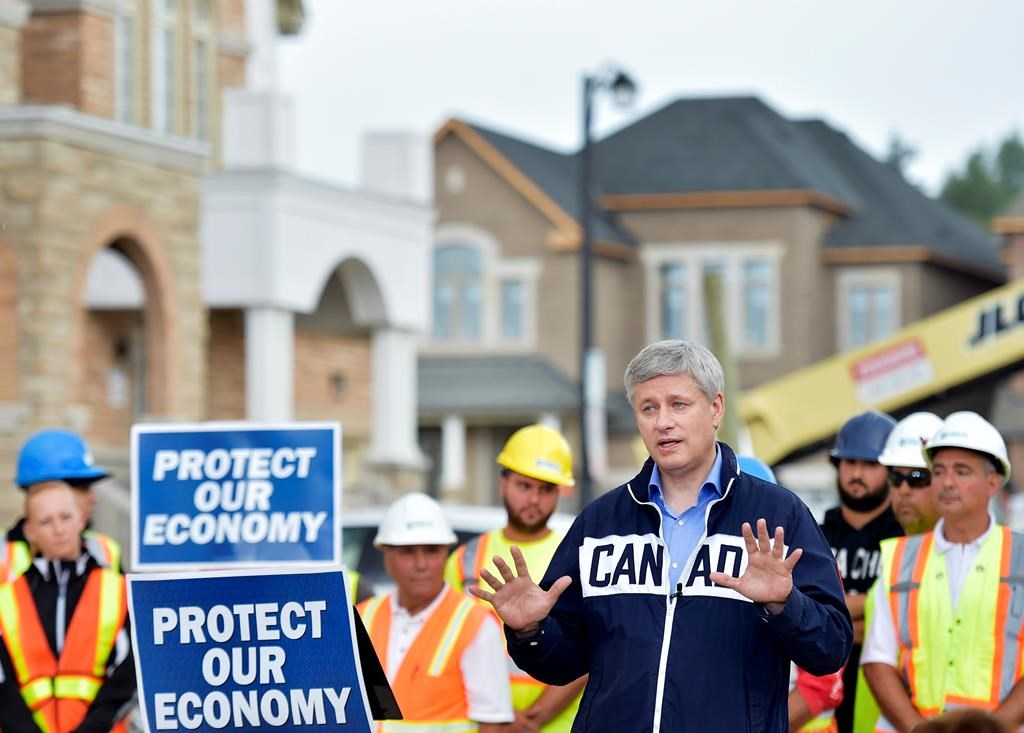 The long-awaited 12-country Trans-Pacific Partnership is shaping up to be a dominant theme on the campaign trail this week, with speculation rampant that a deal is finally taking shape.

An agreement in principle could be announced as early as Friday, but it's not the first time an anticipated announcement has failed to materialize: the last round of negotiations in July ended in disappointment.

Not everyone expects the deal to be good news.

On Parliament Hill, dairy farmers walked their cows, parked tractors on city streets and dumped milk on the pavement to protest an agreement they fear will mark an end to their way of life.

Canada's supply management system — a structure of production limits and import tariffs — has long been a cornerstone of the profitable, economically viable family farm, Harper said during a campaign event in Kleinburg, Ont.

"This government remains absolutely committed to making sure we preserve our system of supply management through trade negotiations," he said.

"Decisions to be made on whether we have such a system or not are decisions we want Canadians to take, not foreigners to take."

Harper didn't have control over the schedule of the TPP talks, but the timing is being embraced by the Conservatives.

Their energy is focused on being able to herald a deal on the TPP by the end of the week, thereby bolstering the party's credentials on matters of international trade.

Sources say a series of events are being planned for the end of the week, but ministers were already sending out news releases Tuesday touting the advantages of a deal and quoting from supporters in the business community.

Harper also said that Canada's auto sector would be protected, but that it was important for the wider economy to be part of the negotiations. Part of the talks have centred around loosening the rules around what proportion of a car manufactured in Canada must actually originate here.

"We know it is important, the jobs of the future are going to depend in a global economy in our access, privileged access to international markets," he said.

"We have to stay at the table, defend and protect our interests, and be prepared to move forward."

Liberal Leader Justin Trudeau's position is quite similar to Harper's, although he says there should have been more openness around the deal. There is uncertainty around many other elements of the TPP, including provisions that would affect cultural industries and health care.

Campaigning in Iqaluit on Tuesday, NDP Leader Tom Mulcair said "you can't comment on a deal that no one has seen."

When the trade deal came up during Monday night's foreign affairs debate, Mulcair said he didn't trust the Conservatives to protect the dairy industry.

"I asked him at last night's debate whether he was going to defend supply management in its entirely and, as you saw, he skated," Mulcair said Tuesday.

While in Iqaluit, Mulcair announced an NDP plan to spend an additional $32 million over four years to ensure northerners have access to affordable, healthy food.

Trudeau, campaigning in Winnipeg, announced proposals to support research and development, including $200 million a year for three years to help research facilities, small business incubators and exporters. Another $100 million a year would go toward an industrial research assistance program.

Harper used the day to re-emphasize his party's platform promises to homeowners, including a plan to increase the maximum allowed RRSP withdrawal under the first-time buyer's plan to $35,000, up from $25,000.