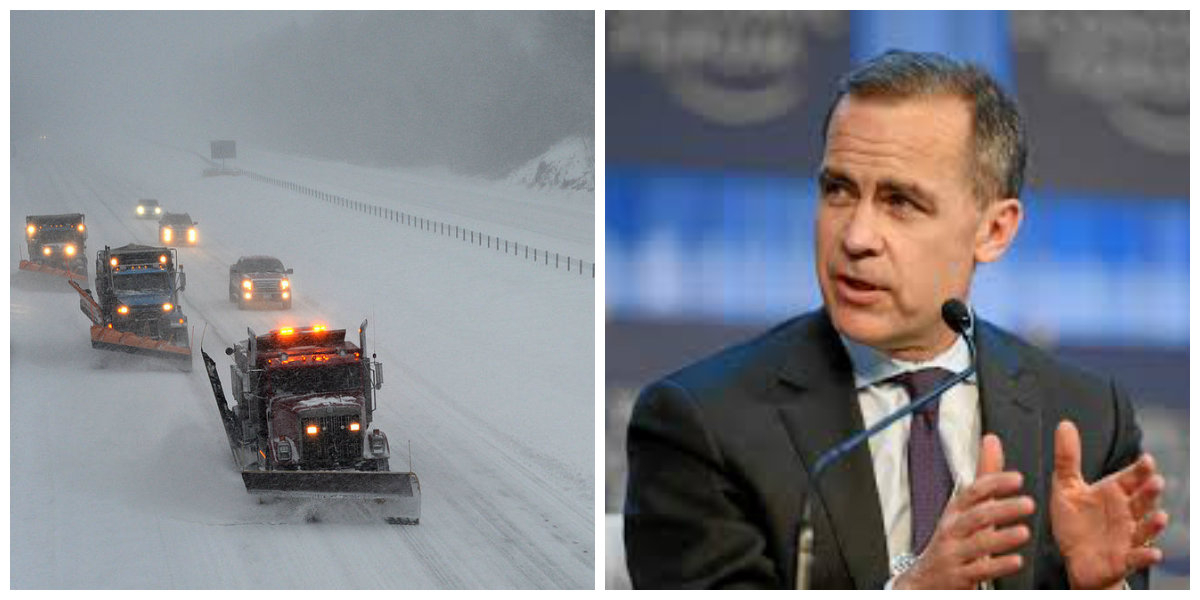 Mark Carney, the Governor of the Bank of England, delivered a stark warning on the disruptions climate change will bring if steps aren’t taken to mitigate it. He made his remarks in a speech to a gathering at Lloyds of London Tuesday.

“The challenges currently posed by climate change pale in significance with what might come,” the former Governor of the Bank of Canada told the gathering of insurers.

“The far-sighted among you are anticipating broader global impacts on property, migration and political stability, as well as food and water security.”

Carney noted that since the 1980s the number of registered weather-related loss events has tripled and related insurance losses have increased from an annual average of around $10 billion in the 1980s to roughly $50 billion in the last decade.

In order to meet the IPCC’s carbon budget limiting a rise in global warming to two degrees over pre-industrial levels, Carney said the budget would amount to between one-fifth and one-third of the world’s proven reserves of oil, gas and coal.

“If that estimate is even approximately correct it would render the vast majority of reserves ‘stranded’ – oil, gas and coal that will be literally unburnable without expensive carbon capture technology, which itself alters fossil fuel economics.”

Creation of a Climate Disclosure Task Force called for

Carney called for the creation of an industry led group, a Climate Disclosure Task Force, which would design and deliver a voluntary standard for disclosure by companies that produce or emit carbon.

He said companies would not only disclose their current emissions, but how they would plan to transition to a net-zero world of the future.

“The G20 – whose member states account for around 85 per cent of global emissions – has a unique ability to make this possible.”

Carney warned that scientific evidence along with the dynamics of the financial system suggest that in time climate change will threaten financial resilience and long-term prosperity if left unchecked.

“While there is still time to act, the window of opportunity is finite and shrinking,” Carney said.