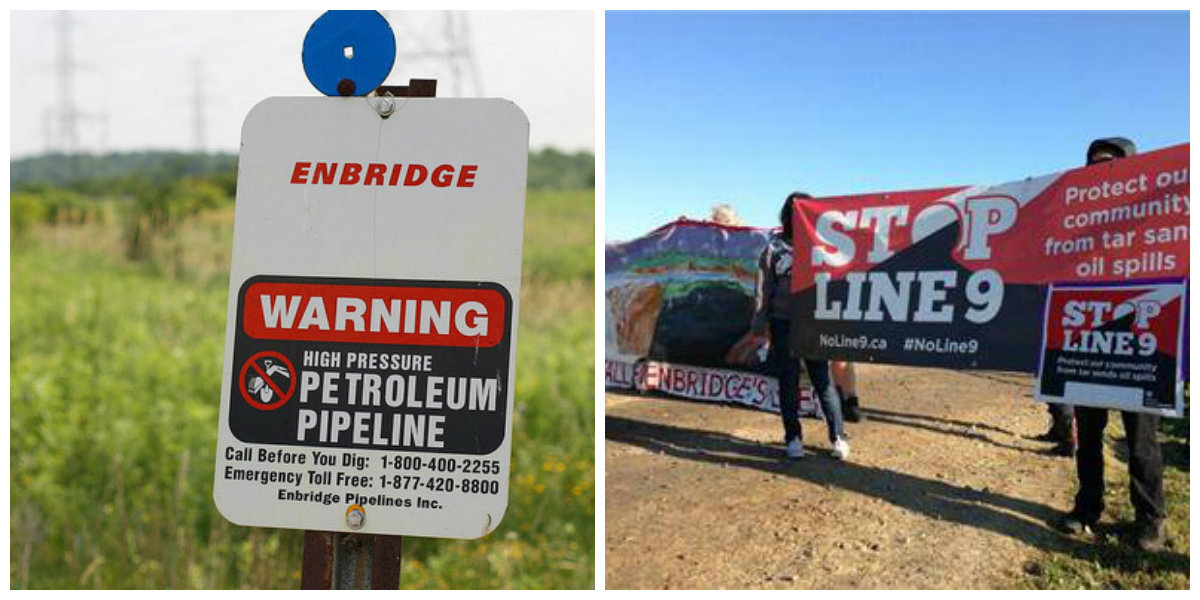 The NEB has ruled that Enbridge can begin operating Line 9.
Previous story
Next story

The National Energy Board (NEB) green-lighted Enbridge Inc’s Line 9 pipeline Tuesday, despite concerns from citizen groups and urban planning bodies over potential leaks from the line.

The NEB gave the go-ahead after approving hydrostatic test results that Enbridge submitted for the Line 9 project. The agency had directed the company to conduct the testing on three segments of the pipeline to ensure its structural integrity.

However, Citoyens au Courant, a citizens' group composed of residents near the pipeline route in Quebec, disputes the results of the tests, arguing that the NEB allowed Enbridge to carry them out at a lower pressure than what was originally ordered on June 2015.

The group alleges that the decision to reduce the pressure on the test segments goes against the interests of public safety. Citoyens au Courant contends that the pipeline has approximately 250 cracks that would only withstand lower testing pressure.

The NEB said in a release that it will continue strict regulatory oversight as Line 9 moves into operation. The agency noted that strict conditions have been imposed, including bi-weekly ground patrols, quarterly integrity testing and an additional in-line inspection within the first year of operation.

Enbridge is also required to limit the pressure of the pipeline for its first year of operation.

The Montreal Metropolitan Community (CMM) said it will “remain vigilant to ensure the safety of citizens of Greater Montreal and the protection of the environment.”

In a release, Denis Coderre, the Mayor of Montreal and president of the CMM, said that the completion of the hydrostatic testing and addition of new leak-detection measures satisfied the group. “I have repeated many times, for oil transportation, there is no room for error.”

Enbridge issued a news release saying that it was confident the tests have helped provide reassurance and technical evidence to the public on the safe operating condition of Line 9. “The safe operation of the pipeline is our priority,” the release said. "Once Line 9 is returned to service, our goal is to operate it safely like we have done for close to 40 years."

The company does not have a specific date when it will re-start the line.

Enbridge has operated Line 9, a 30-inch diameter pipeline with a capacity of some 240,000 barrels per day, since 1976. The line originally flowed east, but was reversed in 1998 as foreign oil from areas such as West Africa and the Middle East became more affordable.

When Western crude became priced significantly lower than foreign oil, Enbridge applied in November 2012 to reverse the flow of the line again.

The Toronto group Environmental Defence has previously argued that the pipeline wasn’t built to carry heavy crude from the oil sands, particularly not through some of the most densely populated areas of Canada in Ontario and Quebec.

According to the group, in the U.S. the pipelines that have the longest history of transporting tar sands in North Dakota, Minnesota, Wisconsin and Michigan spilled almost three times as much crude oil per mile of pipeline between 2007 and 2010 compared to the U.S. national average.

The NEB said it has “thoroughly assessed dozens of submissions from the company on issues such as consultation efforts, emergency planning and pipeline integrity.

“Line 9 will continue to be subject to the regulatory scrutiny of the NEB through to the end of its use."