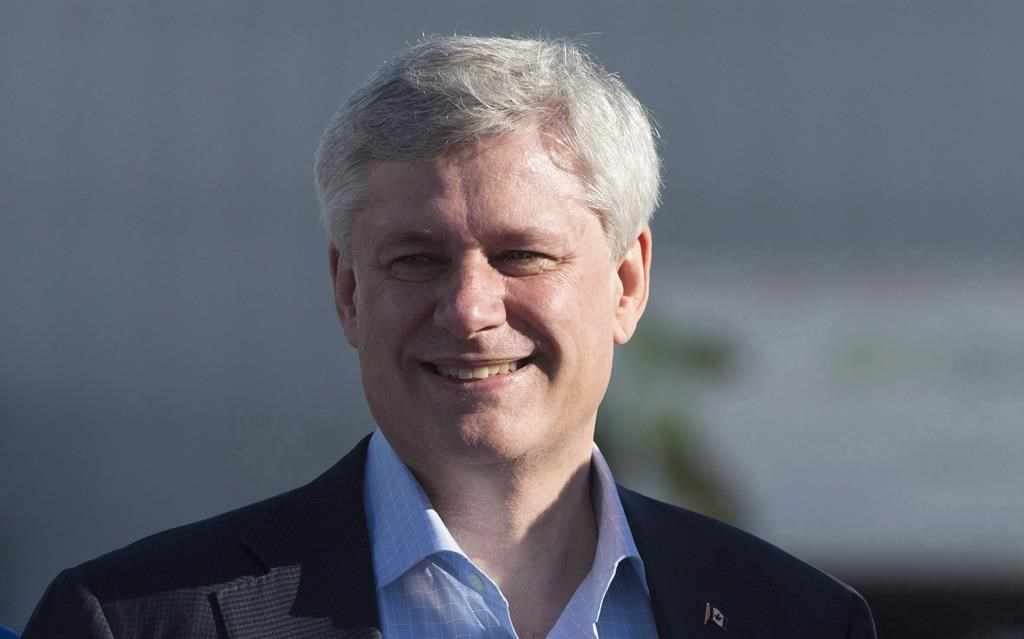 Earlier this week, Prime Minister Stephen Harper caused a stir when he opined in an interview on Radio X in Montreal that CBC Radio's problems weren't due to government cuts, but rather due to its own low ratings, he said. In fact, Harper asserted, there have been no cuts.

Anyone who has been paying attention knows that claim to be false, and that Harper has had it in for the public broadcaster since long before he was elected in 2006. But once he assumed the role of prime minister and discovered how much he disliked talking to the press — and to Canadians in general, apart from pre-screened recipients of pre-planned sound bites — he’s carried out his vendetta against Canada’s national voice in earnest.

And like the Great Incrementalist he is, he’s worked towards this end with a cold, calculated precision that would make Niccolo Machiavelli stir in his grave.

Now he can see the end in sight, and his political bloodlust is up: he wants to kick CBC out of every building it currently owns, and sell the real estate.

What is the CBC, and why does Stephen Harper hate it so?

The CBC goes back a long way. It began in 1936 – after a few very Canadian years of animated but polite discussion, a Royal Commission (the Aird Commission) and a back-and-forth between private and public options – when the Canadian Broadcasting Act set up the crown corporation we know today.

The CBC’s early days featured farm broadcasts, the first play-by-plays of NHL games (remember Foster Hewitt: “He shoots! He scores!”), and a royal visit, amazingly popular among Anglophones, in an era when Canada was still governed by the British North America Act.

Fast forward to the 21st century.

TV is king. Advertisers pay billions (in aggregate) for spots on high-profile programs. Sports programming seems to occupy half of all television real estate. Nearly 200 channels are available in a fully integrated North American market, dominated by programming from the US.

Radio, like TV, is now dominated by commercial stations, on both sides of the 49th parallel, which survive by carrying nearly endless daisy chains of ads punctuated by “middle-of-the-road” pop music, repetitious news headlines, and noisy and colourful program hosts.

Except for CBC Radio.

No commercial advertising. Programs like Ideas, The Current, The 180, Q, Quirks and Quarks, As It Happens, White Coat Black Art, DNTO, and a similarly rich smorgasbord in French. In-depth reports on controversial subjects, such as suicide in the armed forces, First Nations experiences with discrimination, and (gasp!) the fact that global warming is actually happening – all subjects that few commercial stations officially acknowledge.

These are all subjects that Stephen Harper doesn’t like other people to talk or think about.

CBC TV and CBC on-line websites discuss behaviour that makes Stephen Harper uncomfortable, like the Mike Duffy scandal, the screening and police frisking of all participants in Conservative Party election rallies, or his own intractable hardness of heart in the face of the refugee crisis (which, of course, US and Canadian military and political actions are contributing to).

Some commercial stations and their websites address these issues in news reports too, but rarely cover them in such depth and breadth as the CBC.

So clearly, according to Stephen Harper, the CBC has to go.

Here’s how he's doing it.

First, he slowly and gradually cuts back the CBC budget to record-low levels.

Second, he stacks the CBC Board of Directors with Conservative Party loyalists.

Third, he arranges a report from the Senate Standing Committee on Transport and Communications, dominated (of course) by his hand-picked Conservative appointees, to come up with 22 ways to turn it into just another commercial station. How? Feature more ads, stop in-house cultural programs (just play recordings instead), and the real kicker: sell off all its buildings and studios.

Yes, imagine that. The government of Stephen Harper, through its proxy handmaidens in the Senate, has issued the order that the CBC no longer has a home. It’s time to move into a rental suite.

The Senate Committee’s Recommendation 8, buried halfway through the report, reads as follows: “the committee recommends that the CBC/Radio-Canada divest itself of its current real estate holdings and lease facilities and office space required for its operations.”

Facilities that have been carefully designed and purpose-built for the efficient operation of Canada’s national broadcaster will be sold to commercial businesses – and if the Canadian Wheat Board is any example, sold for fire-sale prices. Peter Mansbridge, Shad and even bristle-tongued Conservative loyalist Rex Murphy will have to rent studio space to speak to Canadians.

On September 22, the Canadian Media Guild revealed that in a private meeting with its staff, CBC management disclosed that Stephen Harper had decided to go ahead with the sale immediately.

Harper appointee Hubert Lacroix, President and CEO, leaping to the defence of his boss, shed crododile tears as he lamented, on September 28, that “there is much less money available to make quality Canadian programs” (a Harper policy, of course).

But only five days before, he authorized a statement supporting the Senate committee’s recommendation, saying that “moving from out-dated owned properties into new, modern leased facilities allows us to continue to create quality content.”

The ink was barely dry on that fabrication—the CBC has some of the most modern and well-equipped facilities in the world— when a CBC spin doctor said the broadcaster was only selling half its properties this year. There’s Harper the incrementalist at work again: 50 per cent this year, 25 per cent next, 15 per cent the next, etc).

How many ordinary Canadians would jump for joy at an order – yes, an order – to sell their homes and move into rental accommodation “because it will save you money”? Would you do that, and thank the Prime Minister?

But wait, there's more. On to step number four: privatization.

The coup de grâce - pandering to the Trans Pacific Partnership

The unseemly haste, and peculiar timing of this decision, have nothing to do with Canada’s needs. They arise from Stephen Harper’s relentless drive to bring Canadian national conduct in line with an infamous corporate sales arrangement called the TPP – the Trans-Pacific Partnership, a trade deal being pushed primarily by the US.

The TPP is the last kick in Stephen Harper’s four-step dance to destroy Canadian public broadcasting.

In this document, negotiated in secret by twelve governments and a bevy of multinational corporations (revealed last summer only through the helpful intervention of Wikileaks) we learn that “state-owned enterprises” – publicly funded bodies like the CBC and the now-destroyed Canada Wheat Board – are to be sacrificed on the altar of commercialism, and replaced by for-profit substitutes.

The TPP, by the way, is slated to trash Canada’s dairy, egg and poultry industries by inundating the country with cheap imports, which is why the Parliament Buildings are being visited by cows for the first time in many years.

Every political candidate in the 2015 federal election, other than Stephen Harper, has committed to restoring or expanding the budget and the scope of the CBC.

I think we all benefit from a national, publicly funded, impartial broadcaster. I certainly have, as a Canadian citizen, throughout my life.

I believe the country is a richer, more unified place because of the CBC.

I don’t want it to be replaced by a second-string, rent-a-studio, commercially-managed advertising vehicle.

Don’t forget to vote on October 19. Advance voting is on October 9 through 12. See details here.