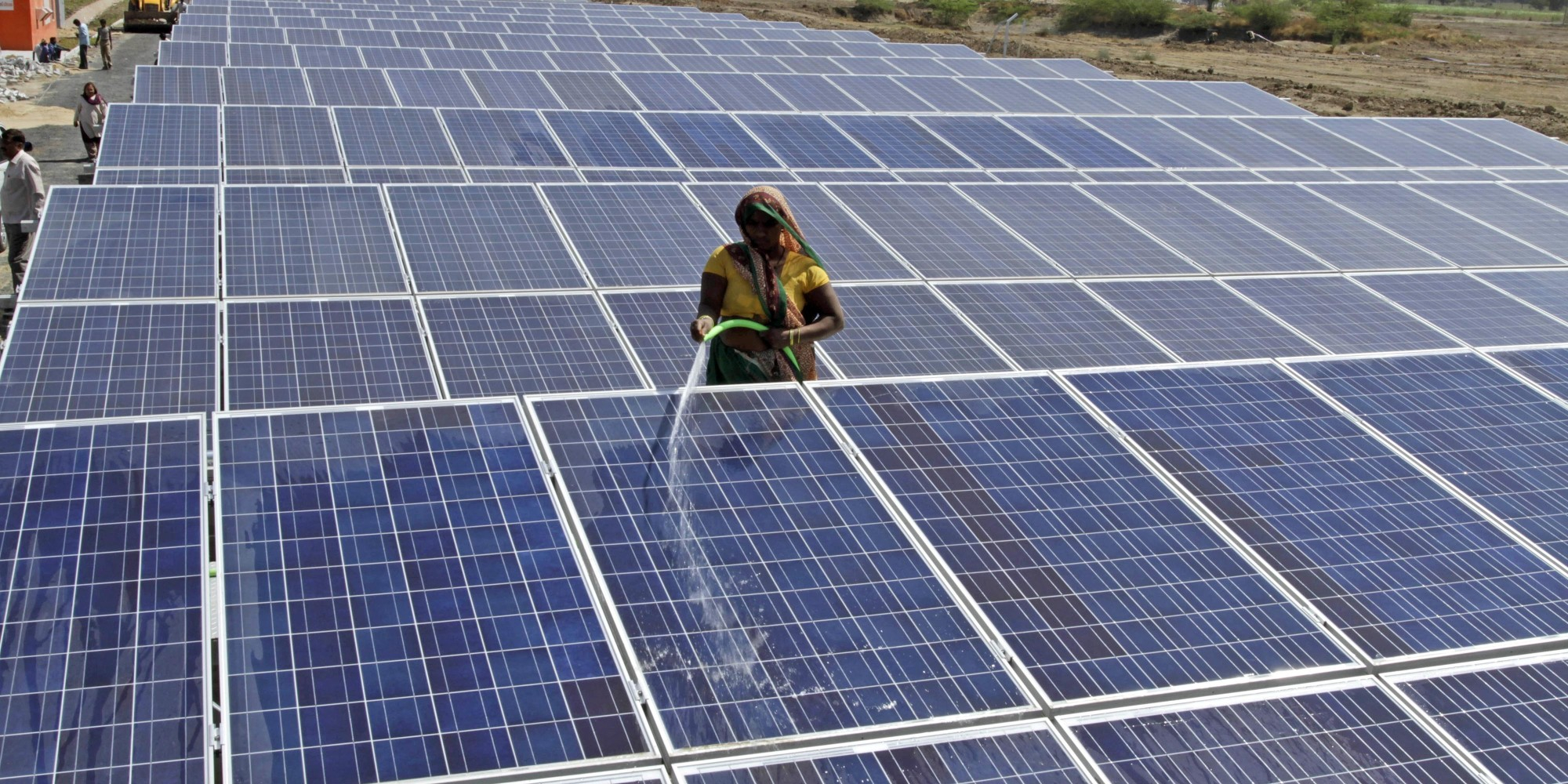 The Indian government is also pledging to add a further 175 GW of renewable energy generation by 2022. The country will increase clean fuels in its electrical mix to 40 per cent of its installed capacity by 2030, and add new forest cover for a massive carbon sink that will sequester 2.5 - 3 billion tons of CO2 by 2030.

As emerging powers such as India and China announce sweeping measures to combat climate change, Canada remains a laggard on the world stage, as Stephen Harper’s government chooses instead to double down on fossil fuel exploitation.

“Harper is in denial, or he doesn’t care – either way, his failure to act on climate change is alarming.”

“India is one of the few countries where forest and tree cover has increased in recent years," states the Indian government’s submission to the United Nations Framework Convention on Climate Change (UNFCCC). The submission notes that the country’s forests have been transformed "into a net sink owing to national policies aimed at conservation and sustainable management of forests."

"[The] Government of India’s long-term goal is to bring 33 per cent of its geographical area under forest cover eventually.”

Through sustainable forestry practices, India has already managed to boost the ‘carbon stock’ of its woodlands from 6.62 billion tons in 2005 to 6.94 billion tons in 2013, an increase of roughly five per cent.

“Initiatives like Green India Mission (GIM) aim to further increase the forest/tree cover to the extent of 5 million hectares (mha) and improve quality of forest/tree cover on another 5 mha of forest/non-forest lands along with providing livelihood support. It is expected to enhance carbon sequestration by about 100 million tonnes CO2 equivalent annually,” states the UNFCCC submission.

India's climate action plan is broadly similar to Brazil's, which also envisions emissions cuts by more than one third over the next decade as part of its COP-21 commitments, coupled with a crackdown on illegal logging and a crash program to boost renewable energy output over the coming decades.

While major emerging economies are getting serious about tackling climate change, India's government has in the past voiced resentment that developing nations struggling to overcome poverty must now face the challenges of global warming, saying that it will continue to champion poor countries in their demand that industrialized nations assume the brunt of responsibility for decades of climate-warming emissions.

However, India is increasingly putting such resentment aside to build a greener future for its citizens. Alongside its budding carbon sink program, India is already running one of the largest renewable capacity expansion programs in the world, as its renewable energy grid capacity rocketed from just 2 per cent (3.9 GW) in 2002 to 13 per cent (36 GW) by 2015.

So far, most renewable energy is sourced from wind power, accounting for 23.76 GW (65.2 per cent) of installed capacity, making India the world’s fifth-largest wind producer. Capacity is expected to climb to 60 GW by 2022.

However, solar power is also expected to mushroom from just 4,060 MW of output in 2015 to 100 GW by 2022 as India strives towards its COP-21 targets, through the building of 25 ‘solar parks’, installation of canal-top solar panels, and the distribution of 100,000 solar pumps to farmers.

In addition, all of India’s 55,000 gas stations are expected to undergo solarization, with 3,155 having already been solarized.

India, a land of huge rivers flowing down from the Himalayas, is also seeking to ramp up its hydropower output as it implements its COP-21 commitments, through building of water mills and mini-hydrolectric projects, up from its current 46.1 GW production to its full potential of more than 100 MW.

Another key plank of India’s drive away from traditional coal power is nuclear energy development, which does not contribute to greenhouse gas emissions despite the radiation hazards exemplified by recent disasters such as Fukushima or Chernobyl.

India is also developing its Biomass sector, currently used by 70 per cent of the population, but in an inefficient manner creating high levels of indoor pollution.

“A number of programmes have been initiated for promotion of cleaner and more efficient use, including biomass based electricity generation. It is envisaged to increase biomass installed capacity to 10 GW by 2022 from current capacity of 4.4 GW,” states India’s submission.

So far, Canada has not announced any emissions reduction target for COP-21, but both Justin Trudeau’s Liberals and Thomas Mulcair’s NDP have both promised to play a constructive role in Paris and have unveiled their own climate action proposals ahead of the Oct. 19 federal election.

Both parties have also promised to shift federal subsidies from oil sands into renewable energy development.

Mulcair also promised a national carbon cap-and-trade program as part of the NDP’s climate action plan released on Sept. 27, but under an NDP government provinces can opt out if their own plans are as good or better than Ottawa’s.

While it did not mention a specific COP-21 goal, the NDP’s plan does still include an emissions reduction target: re-introducing the Climate Change Accountability Act to ensure that Canada meets its long-term target of reducing greenhouse gas emissions 80 per cent below that of 1990 levels by the year 2050, and 34 per cent below 1990 for the 2025-30 period, according to information released by the NDP earlier this year.

“An NDP government is going to work with provinces and territories to develop a pan-Canadian cap-and-trade system that sets concrete emissions limits for Canada’s big polluters, which will have a significant positive impact on climate change.”