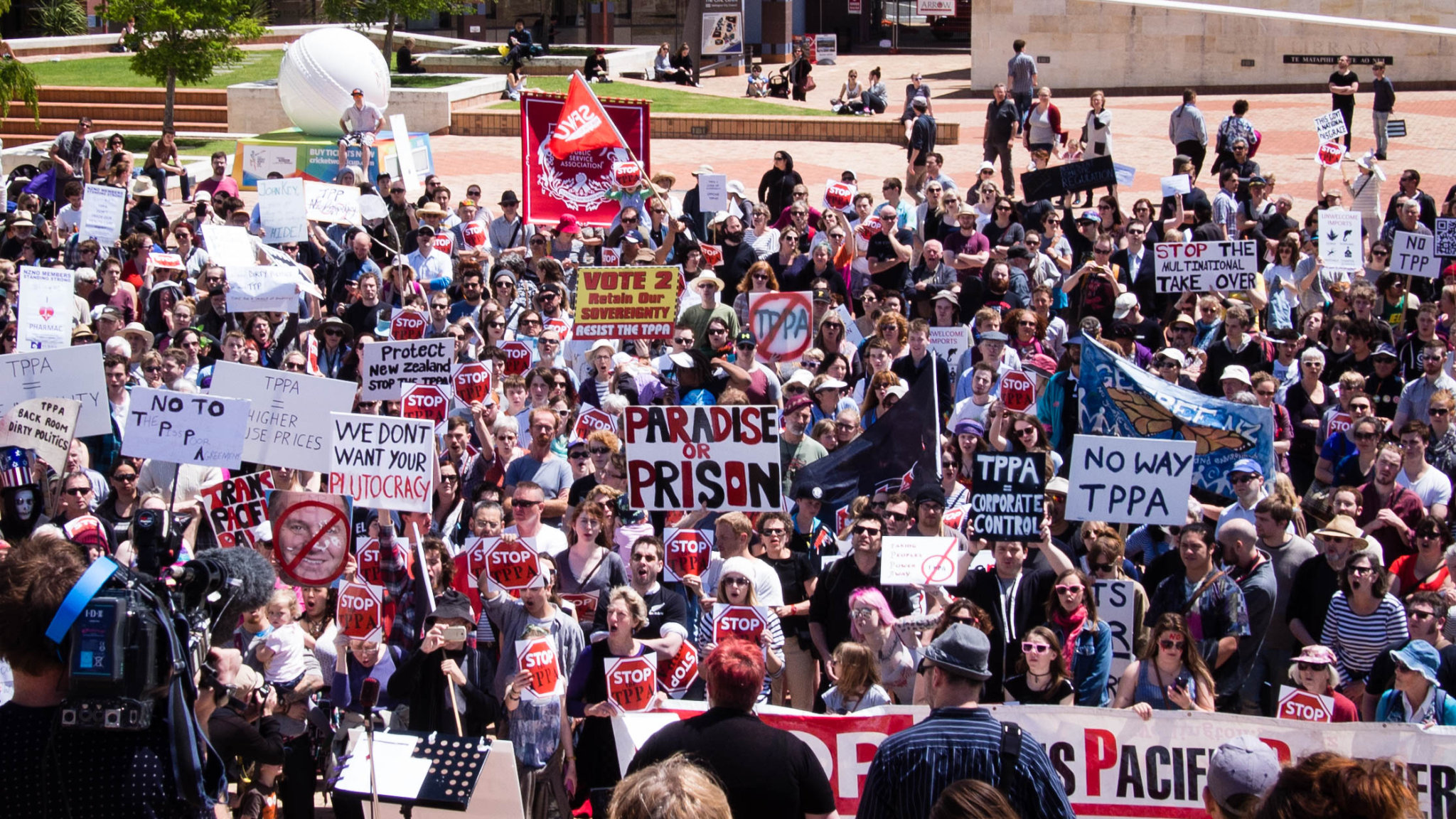 OTTAWA — Prime Minister Stephen Harper says the federal cabinet has already approved a plan to spend $4.3 billion over the next 15 years to protect Canadian farmers from the impact of the Trans-Pacific Partnership.

Twelve nations, including Canada, have reached a tentative agreement on the massive Pacific Rim trading bloc, which Harper bills as the largest-ever deal of its kind.

"This deal is, without any doubt whatsoever, in the best interests of the Canadian economy," Harper told a news conference Monday.

Harper said the concessions Canada has made in the dairy sector are modest — an additional 3.25 per cent of foreign imports would be allowed — and cites the compensation fund as more than enough to protect dairy producers.

The announcement marks a watershed in the Conservative leader's election campaign, if not his time in power, and could alter the landscape of the Oct. 19 election.

But it still needs to be ratified in national parliaments and the NDP has already said it does not feel bound by any agreement reached by the Conservative government.

The Liberals have said they would need to see the details of the agreement before throwing their support behind it, but have stressed they're a pro-trade party.

According to the federal government, Canada's dairy industry remains mostly intact, with a modest increase in permitted imports for supply-managed sectors and farmers would be compensated for losses through a multibillion-dollar series of programs.

Foreign-made cars would be allowed into Canada without tariffs, as long as they have 45-per-cent content from the TPP region — lower than the 62.5 per cent regional-content provision under NAFTA.

Canada's auto industry has been alarmed about the prospect of loosening domestic requirements for car components.

"I know there is also concern in some parts of our auto industry about the implications of this agreement for that vital sector," Harper said, promising to soon announce measures to attract new auto investment and ensure the stability of car assembly operations in Canada.

"I want to reassure the Canadians who depend on it for their livelihood that we have reached an agreement that will clearly benefit our auto industry here at home. This agreement will mean the well-paying jobs in the auto sector that they continue to support thousands of Canadian families for years to come."