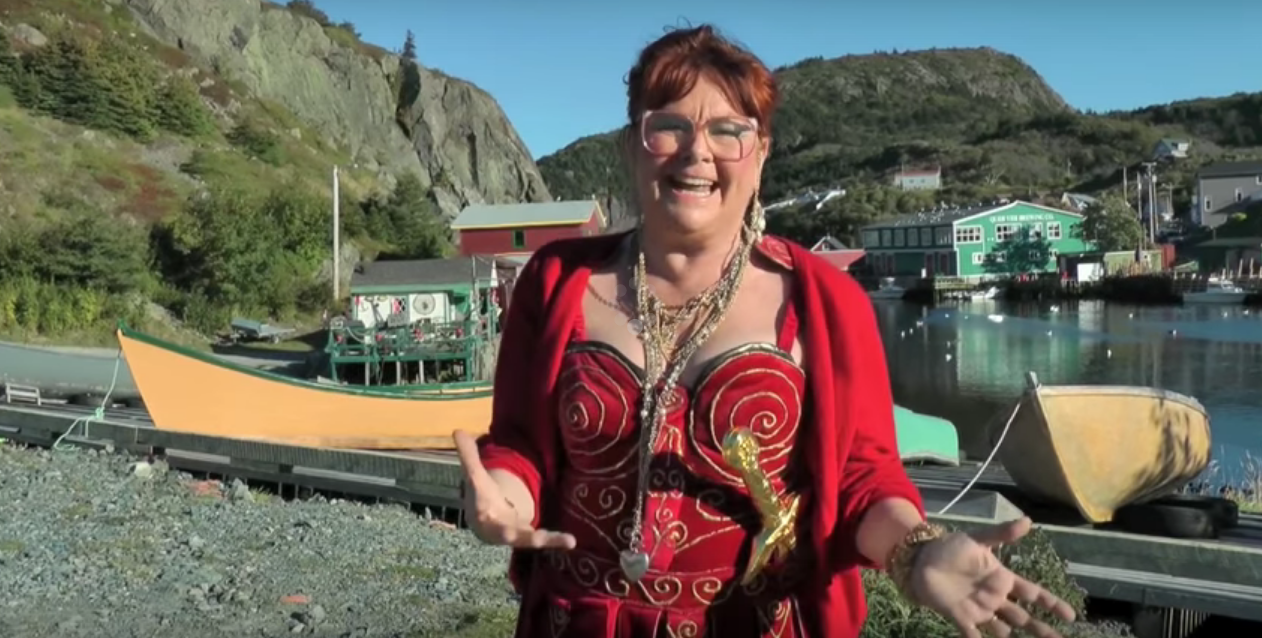 On Monday, popular indie bands Hey Rosetta! and Yukon Blonde teamed up and released an anti-Harper video, following on the heels of Blue Rodeo, who also slammed the Conservative.

This time it’s none other than Canada’s very own Warrior Princess, Marg Delahunty, the irrepressible alter-ego of comedic actress Mary Walsh.

Walsh takes a bit of a different tack in her video filmed against the scenic backdrop of Newfoundland’s Quidi Vidi Village.

“I simply adore Stephen Harper,” she warbles, while a still image shows her planting a big fat juicy one right on Harper’s lips.

But then Walsh exhorts everyone to “vote anyone but Conservative” to “give the poor crime-minister the chance he so desperately needs to stop all his relentless, exhausting, fear-mongering….”

Walsh wants to save Harper “because God knows he doesn’t have enough sense himself; so let’s bring him a load of cents.”

Walsh’s proposition is simple: got to www.margbringschange.ca and she’ll “bring your two cents to Ottawa.”

For every Facebook share and Twitter retweet of the video, Walsh will match it with a penny. For every virtual cent viewers contribute clicking on a giant penny image on the website, she’ll double it, with all the proceeds going to help Syrian refugees.

Walsh, a This Hour Has 22 Minutes founder (with Rick Mercer, Cathy Jones and Greg Thomey), has won 18 Gemini awards. Her Princess Warrior character is beloved for comic ambush interviews with individuals such as Rob Ford and Mike Duffy.