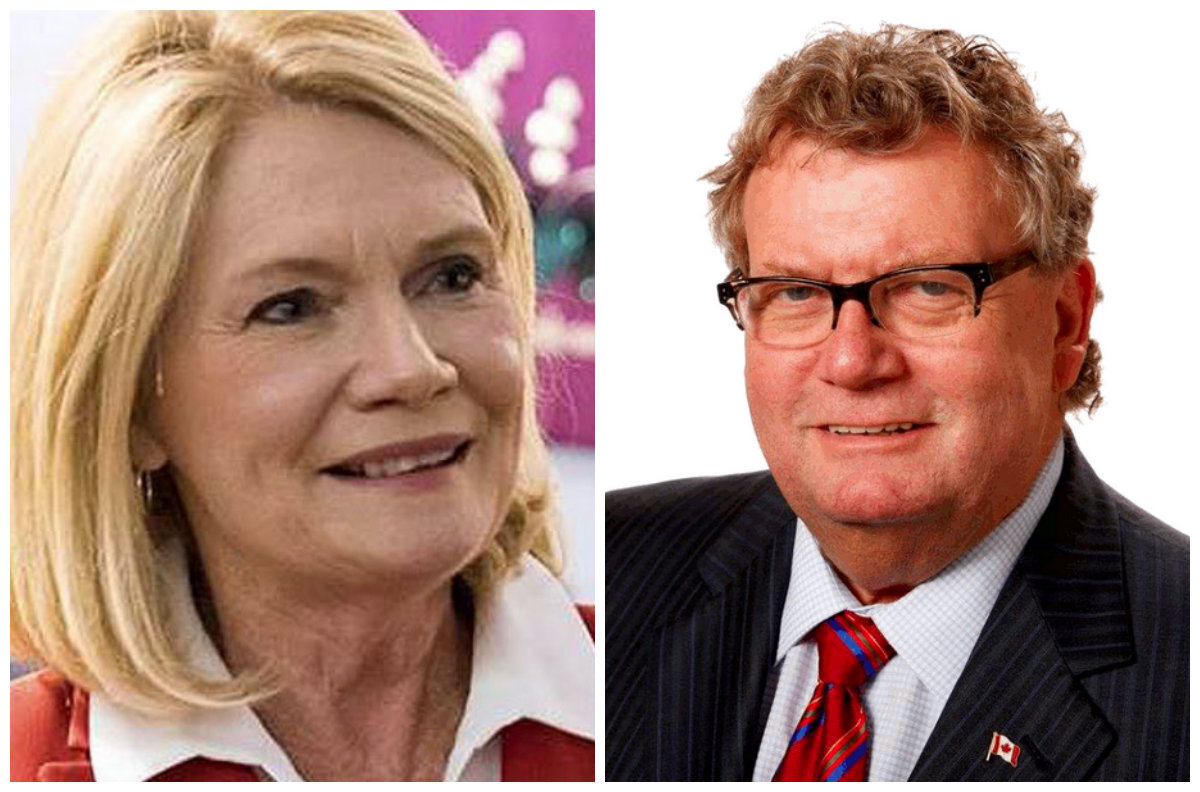 London West in southern Ontario is a recognized bellwether riding. Its successful MPs tend to echo the mood of the country, with Liberals winning the seat during times of federal Liberal government and Conservatives winning during periods of Tory federal governments more often than not.

But if vote-splitting has been a calling card of the London West riding in the past, an exclusive new poll from Environics Research for National Observer shows a dead heat shaping up between the Conservatives and the Liberal Party.

Environics did a telephone survey of 1,132 eligible voters in London West between October 2 and 4, 2015, asking voters who they would vote for if the election was today and, if they're undecided, who they are leaning towards. The research was conducted using Interactive Voice Response (IVR) technology and the findings were weighted by age and gender to reflect the demographic makeup of the electorate. A survey of this size can be considered accurate to within plus or minus 2.9 percentage points, 19 times out of 20.

Jobs and infrastructure are key

Farahi told National Observer that “jobs and infrastructure are 100 per cent on the priority list for Londoners.”

Manufacturing companies are shifting toward a higher degree of automation and technology, but the skills levels in workers aren’t keeping pace. Companies are unable to find computer programmers, software engineers and other specialized employees they need.

When it comes to infrastructure, like many other cities, London’s is aging and in need of repair. The city faces a $460-million infrastructure deficit by 2022. At the same time, the municipality would like to add a $400-million rapid transit system, but support from the upper levels of government has not been forthcoming, according to Farahi.

That said, incumbent Conservative Ed Holder has been careful to place himself representing the Harper government at every major announcement, the largest of which has been the controversial light armoured vehicle contract worth $15 billion – the biggest military export Canadian defence contract ever awarded – to General Dynamics Land Systems in London.

The LAVs are bound for Saudi Arabia, which outraged opposition politicians and activists alike who point to that country’s poor human rights record and which continues to play as a major federal election issue.

With a population of some 118,300 people ranging from small business owners to blue collar workers, London West relies on healthcare, social and educational services, retail and manufacturing for employment. But in recent years, the latter has taken repeated hits.

The real issue the candidates face in the riding is the alarming manufacturing closures that have rattled London in the past few years. Even though London West is a comparatively affluent riding, it is not immune to the factory closings and job losses either.

Among them has been the shuttering of the Kellogg’s plant in 2014, costing 500 jobs; and the shut-down of Caterpillar’s Electro-Motive Canada factory, which took 460 jobs with it.

London West is also a riding where residents have been vocal about the federal government's Canada Post layoffs. Dean Woronoski, president of CUPW Local 566, has been leading the fight against cuts to the local postal service, which would end door-to-door service in parts of London. Forty-four jobs are scheduled to be cut in October and November.

Woronoski said he's been disappointed by the Conservative MP's lack of response about the job losses in his riding.

“He just doesn’t want to listen to his constituents, even though we have brought him material and paperwork and pictures showing how seniors in other areas have been injured as a result of these unnecessary cuts,” Woronoski said.

Woronoski also asked Holder if he would participate in a town hall meeting about the postal cuts. “He absolutely refused.”

Perhaps that vote-splitting is what gave incumbent, Conservative Ed Holder, the confidence to skip the photo op at The Byron Freehouse, a local restaurant holding a "poll" with burgers bearing their party's name. The Liberal, NDP and Green candidates all showed up to pose with their burgers, but not Holder. Nevertheless, the "Harper Blue" burger (an Alberta beef patty with double-smoked bacon) currently has 43 per cent of the restaurant patrons' votes out of the held a steady lead with 43 per cent of 450 burgers sold to date..

Holder’s campaign office returned National Observer’s calls requesting an interview, but Holder himself did not.

Holder, the Minister for State for Science and Technology under Stephen Harper, also skipped a recent debate on Canadian science policy and funding at London’s Western University, which raised plenty of eyebrows.

The incumbent’s penchant for missing public forums finally drew a satirical tweet from Green Party candidate, Dimitri Lascaris, who issued a poster with a photo of Holder, saying: “Have you seen this man? We lost Ed Holder.”

As Science and Technology Minister, Holder has been described as 'benign.' Some observers say Harper's appointment of Holder to the science portfolio shows how little the federal government cares about the topic.

“I guess the best way to sum up his performance is he hasn’t rocked the boat,” said Katie Gibbs, executive director of Evidence for Democracy, a non-profit organization that promotes the transparent use of evidence in government decision-making in Canada.

She said when Holder was first appointed, a media story called him an "amicable backbencher."

“It sums it up. He wasn’t very well-known. I think it was a signal science and science policy wasn’t going to be a priority for this government.”

Under Holder the biggest issue has been the ongoing muzzling of scientists. “We certainly haven’t gotten any clear response from him on that. He continues with the same talking points as the previous ministers that there’s no muzzling.”

Even with the minister’s notable absences from public debates, political insiders say the London West race could be tight this time around.

He’s facing former television news anchor and communications professional, Kate Young, who is carrying the flag for the Liberals, and Matthew Rowlinson, an English professor and the department’s chair in graduate studies at Western University.

Despite his absence from all-candidates debates, Holder makes considerable effort to stay in personal contact with a large number of people in the riding on an individual basis, according to Paul Nesbitt-Larking, the acting chair of the political science department at Huron University College in London.

At the same time, Nesbitt-Larking points out that Young is very connected within the city from her media and communications work. He called her very personable and said in that regard she can match Holder.

Even though Holder didn't attend public debates, he did find the time to go after Young, issuing a news release in late September that declared: “During the London West debate on AM 980 news yesterday, my Liberal opponent Kate Young made a startling announcement. She is not as proud to be a Canadian as she used to be.”

Apparently, the tempest in a tea pot began when Young rebutted Holder during the on-air debate and said, “….that is one of the reasons I’m running, because I’m not as proud to be a Canadian as I used to be and it’s all because of Stephen Harper.”

Earlier in the campaign, Rowlinson had to issue a statement of his own regarding a letter he’d send in 2008 to the Western University campus paper. “The latter contained incendiary and inaccurate references to Israeli policy and I regret having signed it,” Rowlinson wrote.

He was allowed to remain in the NDP even though a NDP candidate for the riding of Kings-Hants in Nova Scotia was let go for similar comments on his Facebook page in 2014.